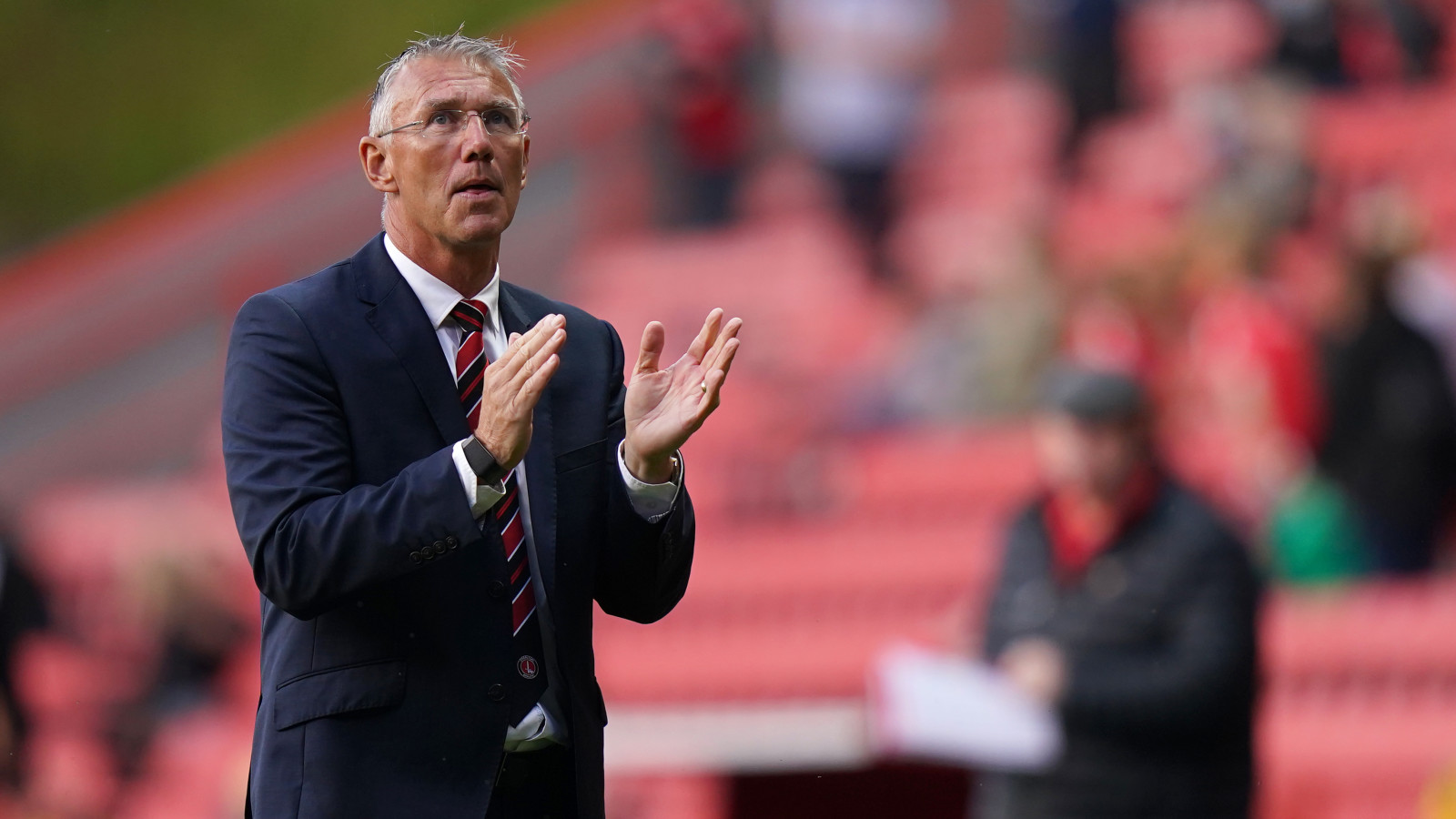 Nigel Adkins was pleased with a committed Charlton performance as the Addicks drew 0-0 in this evening’s season-opener against Sheffield Wednesday.

The Charlton faithful returned for the first time since March 2020, creating a bellowing Valley atmosphere.

“I thought it was a good game,” said Adkins. “I thought it showed a lot of commitment from our players. I thought Sheffield Wednesday had to defend very, very well at times. I thought the stadium was rocking, especially in the second half. That's what we wanted, wasn’t it. 17 months without fans in the stadium and the players have given the fans something to cheer about and get behind them, and the fans have certainly got behind the players.

“We had some good chances to go and score, unfortunately we didn’t capitalise… another time. I know that there was an opportunity late on for them in the game and it just showed how the game went all the way to the end; it didn’t peter out for the first game of the season. We looked fit, we looked strong, we had a big variety in our play. It was a challenging pitch today because of the weather, but we had a good variety where we could get into the attacking third of the pitch and create some good opportunities from there.

“You could see a very committed group of players working so hard for each other. We might only be a small group but we’re totally committed and you can see with the fans getting behind them everybody at Charlton Athletic is trying to be positive to keep trying to move this in the right direction.

“The atmosphere was fantastic, Thomas the owner has started it all off as well hasn’t he with the song. The atmosphere was really good, it was great to see Alan Curbishley get the stand named after him. You know the history at the football club and what he's gone and achieved, and the legends coming back as well.”

Youngster Charles Clayden made his Addicks bow with a cameo off the bench, something Adkins says is a sign of things to come.

“The players were great and young Charles Clayden makes his debut. We’ve had a lot of the academy players training with us all the way through pre-season, they make up the bulk of the squad now which is great. There needs to be a pathway for the youngsters and Charles Clayden making his debut is just a highlight of things to come.

“The attitude of the players has been first class and what you’ve seen is a very committed, honest group of players. Yes we’ll all make mistakes at times, but there’s an endeavour to keep improving and learning. I certainly think that was a good performance to open the season with against a team that has spent very heavily just of late as well. We know that they are going to be up there at the end of the season and for me that should give us a lot of heart from how we performed today.”

Akin Famewo and Ryan Inniss were once again impressive at the heart of Adkins’ defence in front of debutant Craig MacGillivray, while skipper Jayden Stockley and Diallang Jaiyesimi were constant threats.

“I can’t really remember Craig [MacGillivray] having a save to make. Again we were comfortable playing out from the back and we were comfortable getting the ball forward. I thought Jayden Stockley was outstanding, a massive threat. And we talk about DJ, wow - he was unplayable today wasn’t he. We just needed to get the ball to him a little more often, but for me it was a good opening start to what is going to be a very long season, a very competitive season. You’ve certainly seen a committed side there, who have demonstrated that they have got a way to go and play in and out of possession to try and give ourselves an opportunity to win games of football.”