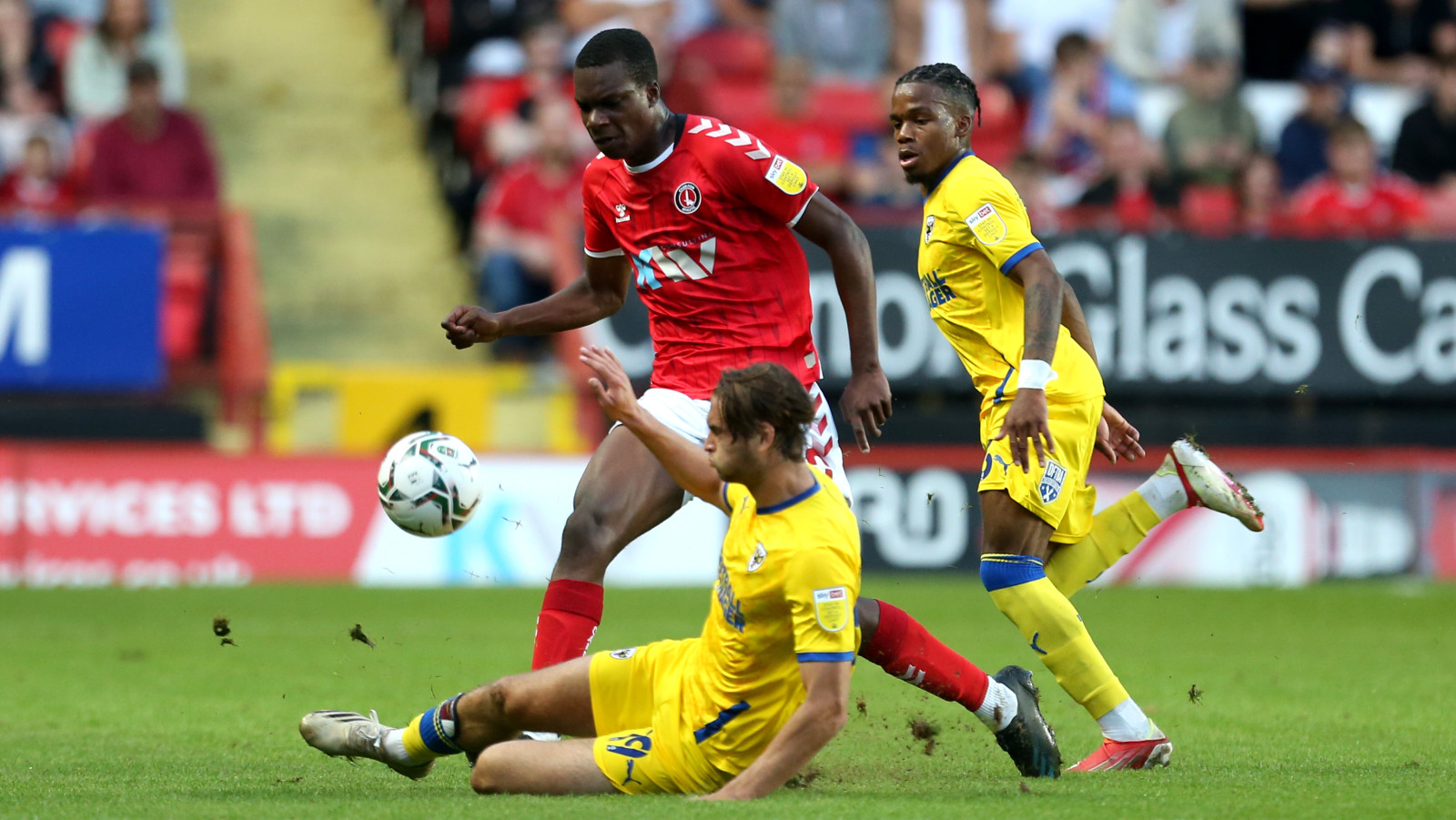 Paul Osew’s close-range strike was the difference as the Addicks bowed out of the Carabao Cup, having been beaten 1-0 by AFC Wimbledon at The Valley.

Nigel Adkins handed debuts to Deji Elerewe and Jacob Roddy as the Charlton manager made seven changes from Saturday’s SE7 stalemate with Sheffield Wednesday, while Charles Clayden earned his first start after a brief cameo against the Owls.

After a quiet opening quarter, the Dons fashioned the first meaningful opening of the evening on 26 minutes, Henry Lawrence’s centre finding its way to an unmarked Paul Osew, who had the simplest of finishes from close range.

The Addicks administered the first opportunity after the interval as Josh Davison latched onto Elerewe’s pinpoint ball in behind the Wimbledon defence, though the forward was foiled by the onrushing Nik Tzanev.

Dapo Mebude fired narrowly wide of Craig MacGillivray’s left upright from the angle on 59 minutes, before Davison glanced from Roddy’s whipped delivery from the left flank.

Adkins’ men pushed for an equaliser as the half wore on, though were unable to break down the Dons defence as Mark Robinson’s men progressed into the second-round.