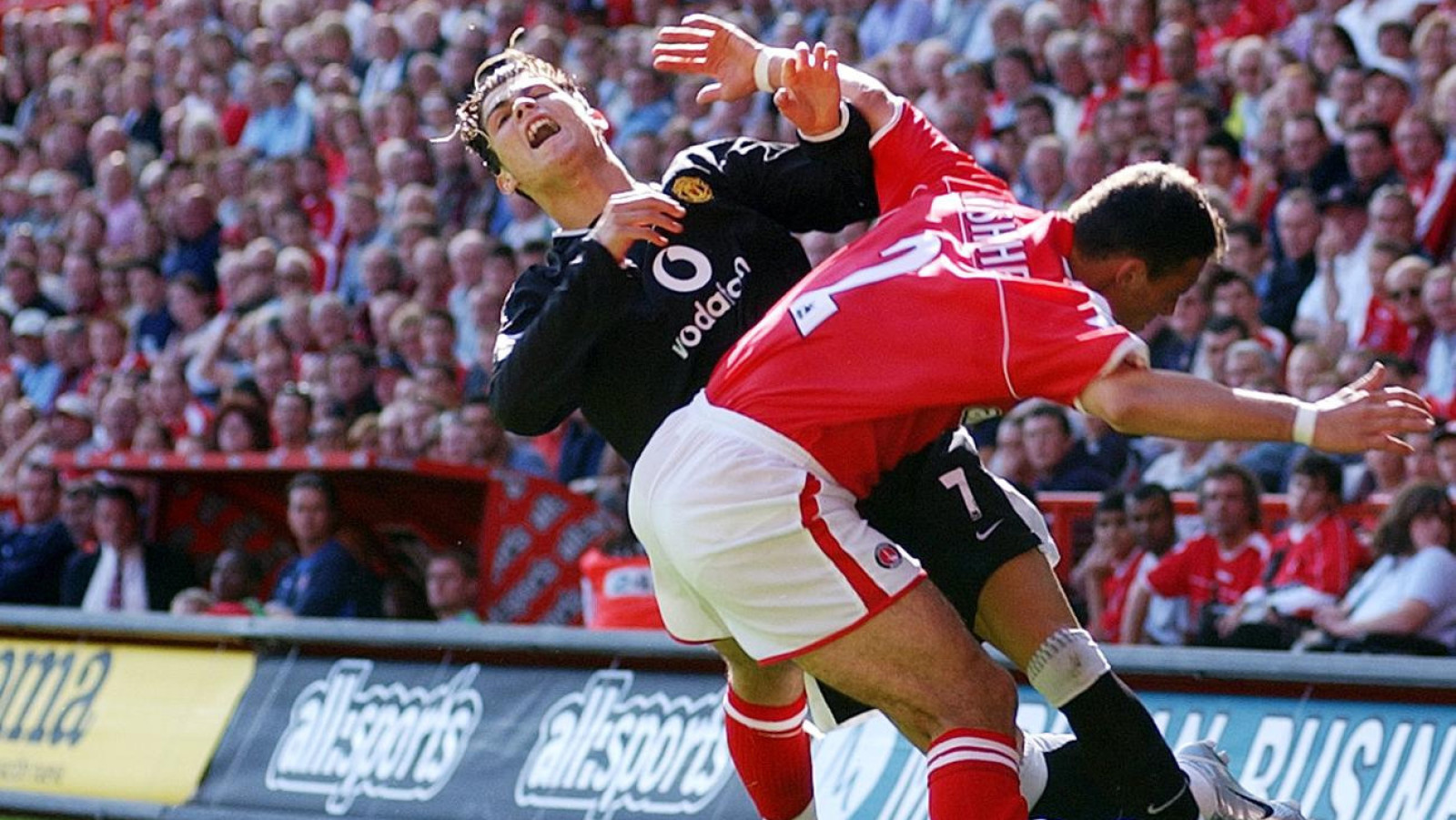 In an exclusive interview with CharltonTV, former Addick Radostin Kishishev reflected on his seven-year stay in SE7.

An indispensable member of Alan Curbishley’s squad in the top flight, the Bulgarian international endeared himself to Charlton supporters with his seemingly indefatigable engine and warrior-like nature, typified at The Valley in September 2003 when Kishishev memorably went toe-to-toe with Manchester United’s Cristiano Ronaldo.

“That game... my friend yesterday reminded me of that game and I watched it,” revealed Kishishev. “It was quite even, I won many balls against him. Also I kick him, of course, because that kind of player is very difficult to catch. But I think when I watch the highlights of the game I did alright and then we changed the shirts. That shirt is still at home.”

The 47-year-old had suitors aplenty after starring on international duty with Bulgaria, not least at the 1998 World Cup in France, and, following trials with West Ham United and Arsenal, opted for Charlton to Curbishley’s delight.

“What I know is that Alan Curbishley watched a few games from me playing at the World Cup in 1998,” explained Kishishev. “Also in 1999 we played two games against England. Both games finished as draws - 0-0 at Wembley, the old Wembley, and 1-1 in Bulgaria. I made a great impression. Probably from there the first view of me playing and that maybe got the interest from him to follow me.

“My club at the time, they tried to sell me to the bigger English clubs. I was here on trial to West Ham in 1999, but I got injured and the club - Harry Redknapp at that time - said go back to Bulgaria and we will see. When I got back to Bulgaria I recovered and everything started going well.

“At that time Arsenal and Arsène Wenger started following myself and then I was on trial to Arsenal. Alan Curbishley is still waiting to see what is happening. They said we also want Kish, but Arsenal is a top team... if they want him, we can’t fight with them.

“But after the trial everyone knows what’s happening, my speed wasn’t that good for the team which made Arsène Wenger say the quality is okay but the speed was not that good. He said going to Charlton you will make an impact in the Premier League.”

Kishishev certainly never looked back after joining the Addicks from Bulgarian outfit Litex Lovech in the summer of 2000, having gone to enjoy 179 Premier League appearances for Charlton while registering two goals and five assists.

“The first and great memory was when I played against Arsenal at Highbury,” he recalls. “Because I was there a month ago on trial, when I saw players like Patrick Vieira, Thierry Henry, [Robert] Pires, [Dennis] Bergkamp, whatever - all good players - I was really excited!

“After a few months we played against Man United. It finished 3-3 and John Robinson equalised. That was a great game for us - a great, great game. I made one of the assists. In the first year of [Roman] Abramovich, we won against them 4-2.

“Paolo Di Canio, his passion, he’s a winner, he’s a born winner. That’s the memories of Alan Curbishley. He loved me like a child, everyone is perfect. As we know Charlton is like a family club, it’s really a family club.”

Subscribers can watch the full interview exclusively on CharltonTV by clicking here.