Watch Charlton v Wigan outside the UK & Ireland on CharltonTV 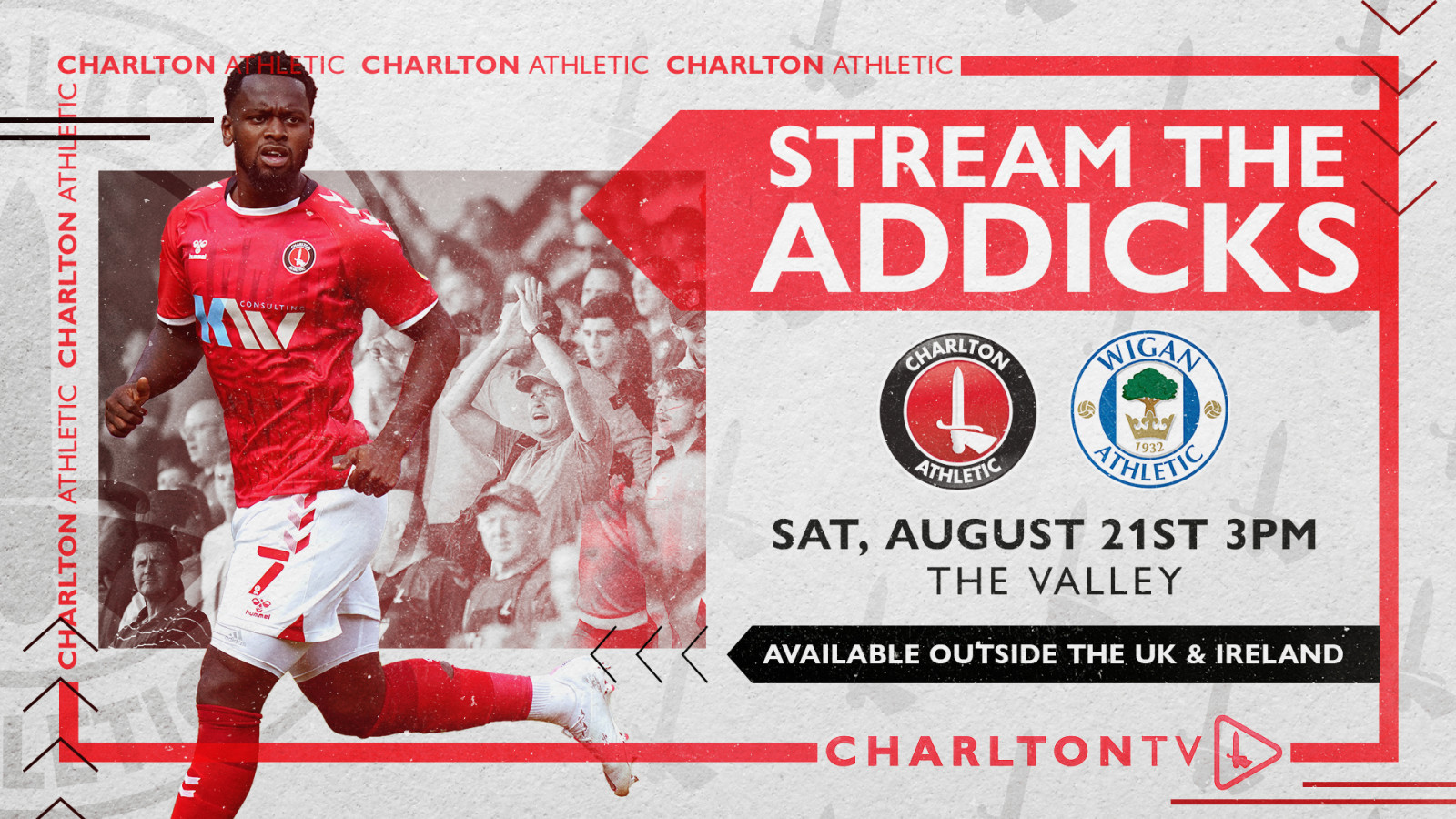 Supporters based outside of the UK* & Ireland can watch every kick of Saturday’s home game against Wigan Athletic live on CharltonTV (3pm BST kick-off).

Fans living outside of the UK & Ireland CAN watch Saturday-3pm games live on CharltonTV, however, and there are two ways for overseas fans to watch.

A Charlton v Wigan Athletic match pass is priced at just £10 and includes every kick of the game as well as 45 minutes of pre-match build up, half-time and full-time analysis.

CharltonTV LIVE subscriptions are priced at just £195 per year and provide fans with the best value across the season. Based on the club being permitted to live stream 40 league matches during 2021/22 (44 were live streamed last season) the cost equates to less than £5 per game.

Fans all over the world can watch the build-up to Saturday’s game live on the club’s YouTube channel but only international fans with a CharltonTV LIVE subscription or match pass will be able to watch the full production live on CharltonTV.

Alan Curbishley and Mark Bowen will be joining Scott Minto in the CharltonTV studio.