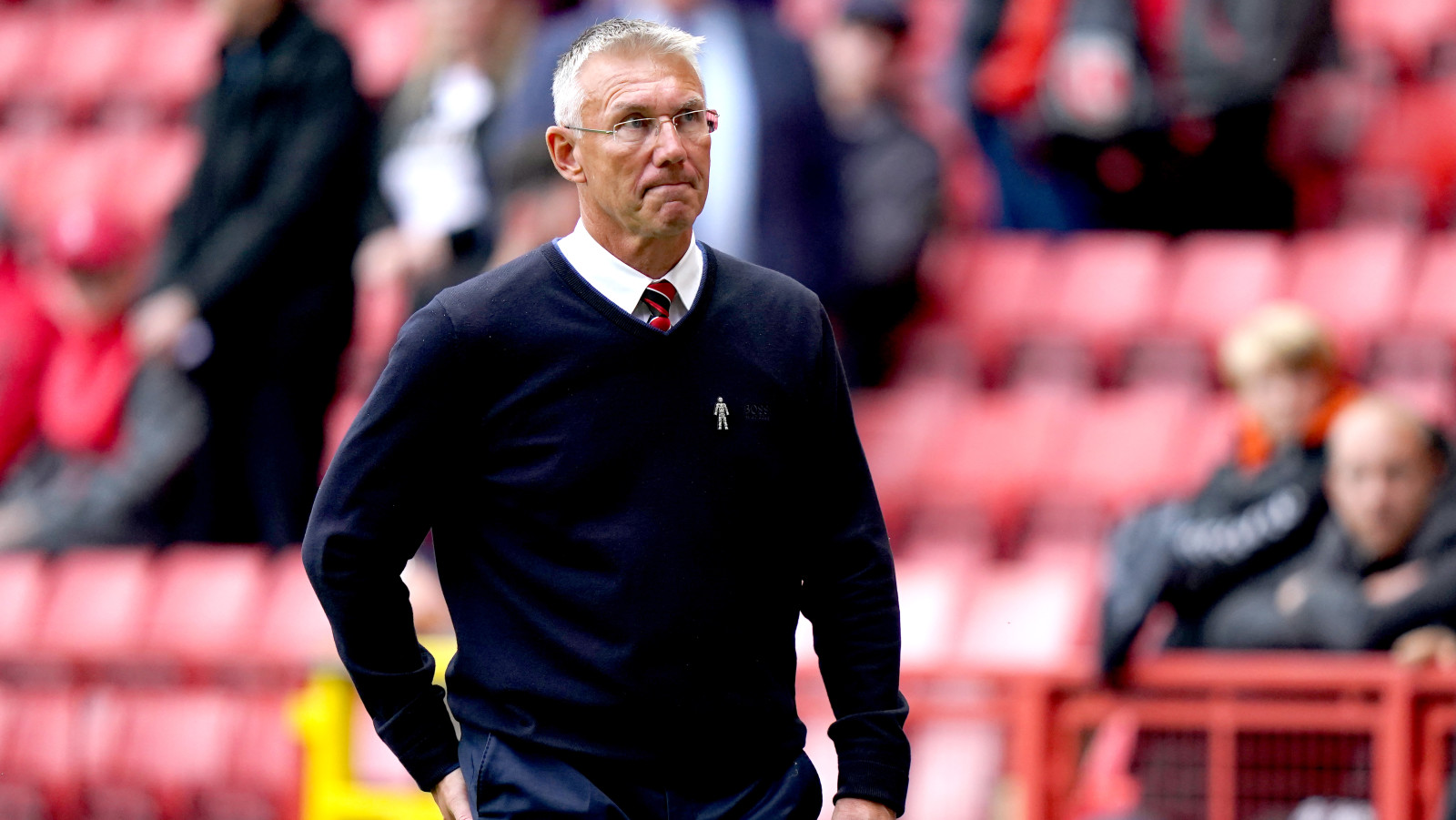 Nigel Adkins delivered his verdict on Charlton’s 2-0 loss against Wigan Athletic at The Valley on Saturday afternoon.

Tendayi Darikwa struck the opener on 88 minutes, before James McClean doubled the Latics’ lead in stoppage-time as the Addicks pushed for a leveller.

“Obviously we didn’t get the outcome we were after,” Adkins told CharltonTV. “We conceded a late goal, we tried to be positive in our thought process with Corey [Blackett-Taylor] going on and Conor [Washington] being more of a goal threat in there. And unfortunately we got done with, for me, a very simple goal kick down the middle. We’ve not dealt with it, a cross into the box and we haven’t stopped the cross, and we haven’t dealt with it when it’s got in there. Right at the very end, so disappointing from that point of view.

“I thought we were knocking on the door but we didn’t work the goalkeeper enough. I know Kirky, there was an opportunity there - maybe if that had just fallen in for us we could have got the rub of the green, but that didn’t happen. Craig [MacGillivray] has made some really good saves for us today and we haven’t worked their goalkeeper enough. Have we had enough good control of the football? As you say it was competitive in there and for me there’s obviously a lot for us to go and work on.”

Adkins fielded two debutants in Charlie Kirk, who earned his maiden Charlton start, and Corey Blackett-Taylor, who replaced Diallang Jaiyesimi on 69 minutes, while explaining there are more arrivals to come ahead of the deadline.

“Charlie Kirk, we’ve got to get him the ball,” said the Addicks manager. “The supporters are going to enjoy watching him over the next four years, he’s such a threat. We’ve got to make sure that we get him the ball in that attacking third of the pitch and he’s going to cause all sorts of problems.

“Obviously Corey joined us just before the deadline for today’s game yesterday and obviously I’ve thrust him in there. We knew DJ [Diallang Jaiyesimi] couldn’t last more than, probably, 45 minutes - we kept him out there for 60. So obviously Corey has then gone on and got that half hour’s period. It’s his introduction to The Valley, he’s got to get used to us.

“Both wingers have got to get used to how we want to try and press teams, and get them the ball and be the threat because I want them to excite the crowd. We need more goalmouth action, we need more attacking threat and that’s what we’re certainly going to be looking to work on.

“It’s strength in depth, we’ve still got a bit more time. We all know we need to bring players in - that’s been the case all the way through the summer. We’re in a position where we don’t want to be at this moment in time, but we’ve got to utilise this time as best as possible now to bring some more players in.”