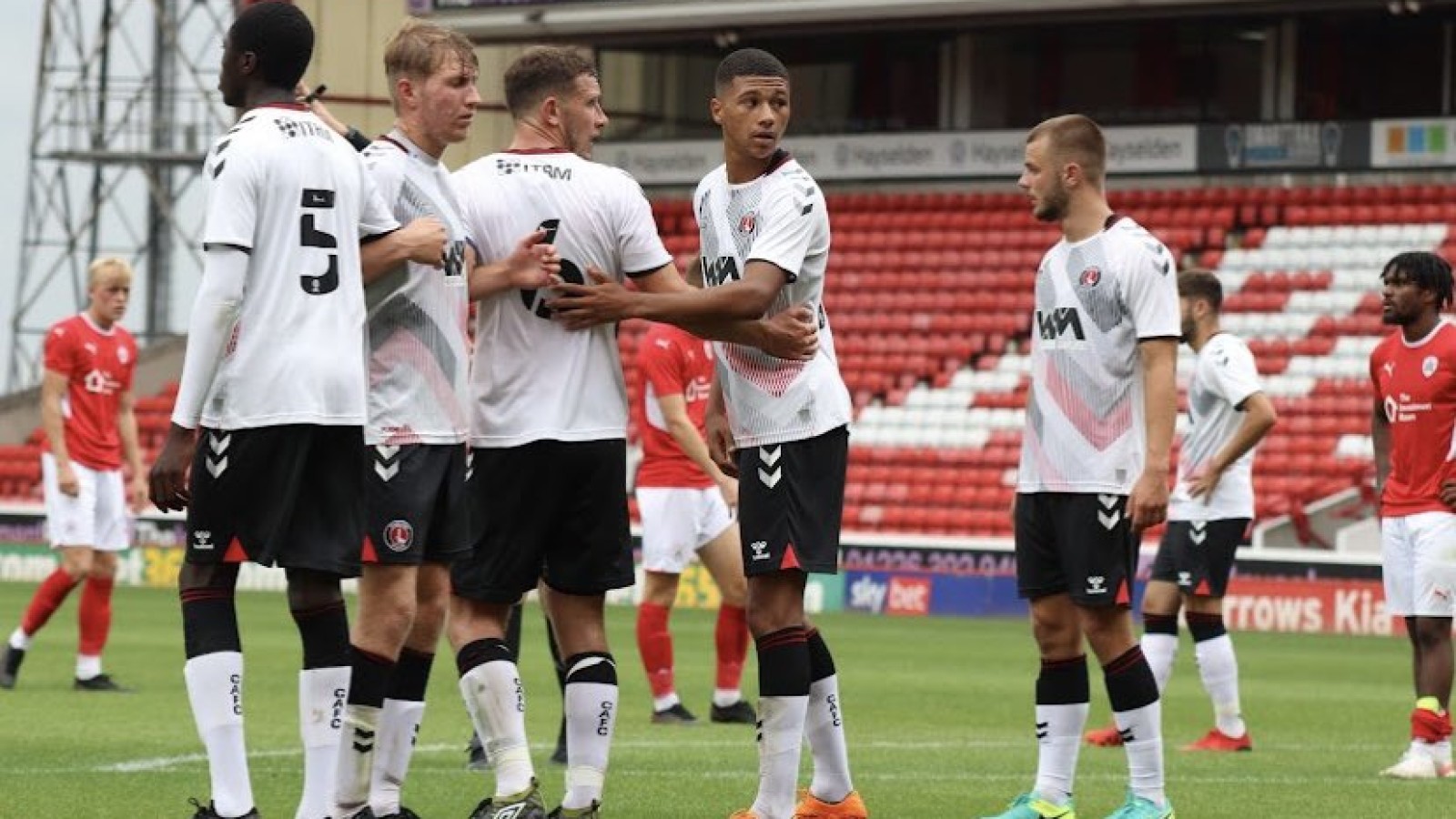 Charlton’s U23s got their season under way in emphatic fashion, smashing seven goals past Barnsley at Oakwell without reply on Tuesday afternoon.

The Addicks opened the scoring with 14 minutes on the clock with Hady Ghandour rounding up a quick counter-attack by getting on the end of Charles Clayden’s cross at the back post, finishing brilliantly into the top corner.

Clayden would turn from provider to scorer just before the break, adding a second to put the cap on a fine passing move which saw Charlton string together 16 passes before the winger was sent down the left, cutting in and smashing a shot into the roof of the net from a tight angle.

The floodgates would really open in the second half with Clayden bagging his brace just two minutes after the restart. An inch-perfect Ghandour pass round the back of the Tykes’ defence was met by Clayden six yards out, confidently slotting home his finish.

The visitors were passing their hosts to death and the fourth would come in the 59th minute with yet another fine move, this time involving 25 un-interrupted passes from back to front before Ghandour laid it on a plate for Mason Burstow to finish from close range.

Just four more minutes would elapse before Burstow struck again. Another excellent display of passing football resulted in substitute Johl Powell chipping in a perfect cross from the right for the obliging Burstow who put it away on the volley from close range.

Ryan Viggars was next to get in on the act with Powell once again providing the targeted cross to combine with his fellow sub to turn home for number six.

And there would still be time for a seventh in injury time with Powell getting on the scoresheet himself, latching onto Charlie Barker’s ball forward to get into the box and place his shot beyond the Barnsley stopper.

It was the perfect start to the season for Anthony Hayes’ youngsters who are next in action when they host Sheffield United at Princes Park on August 31st (2pm).