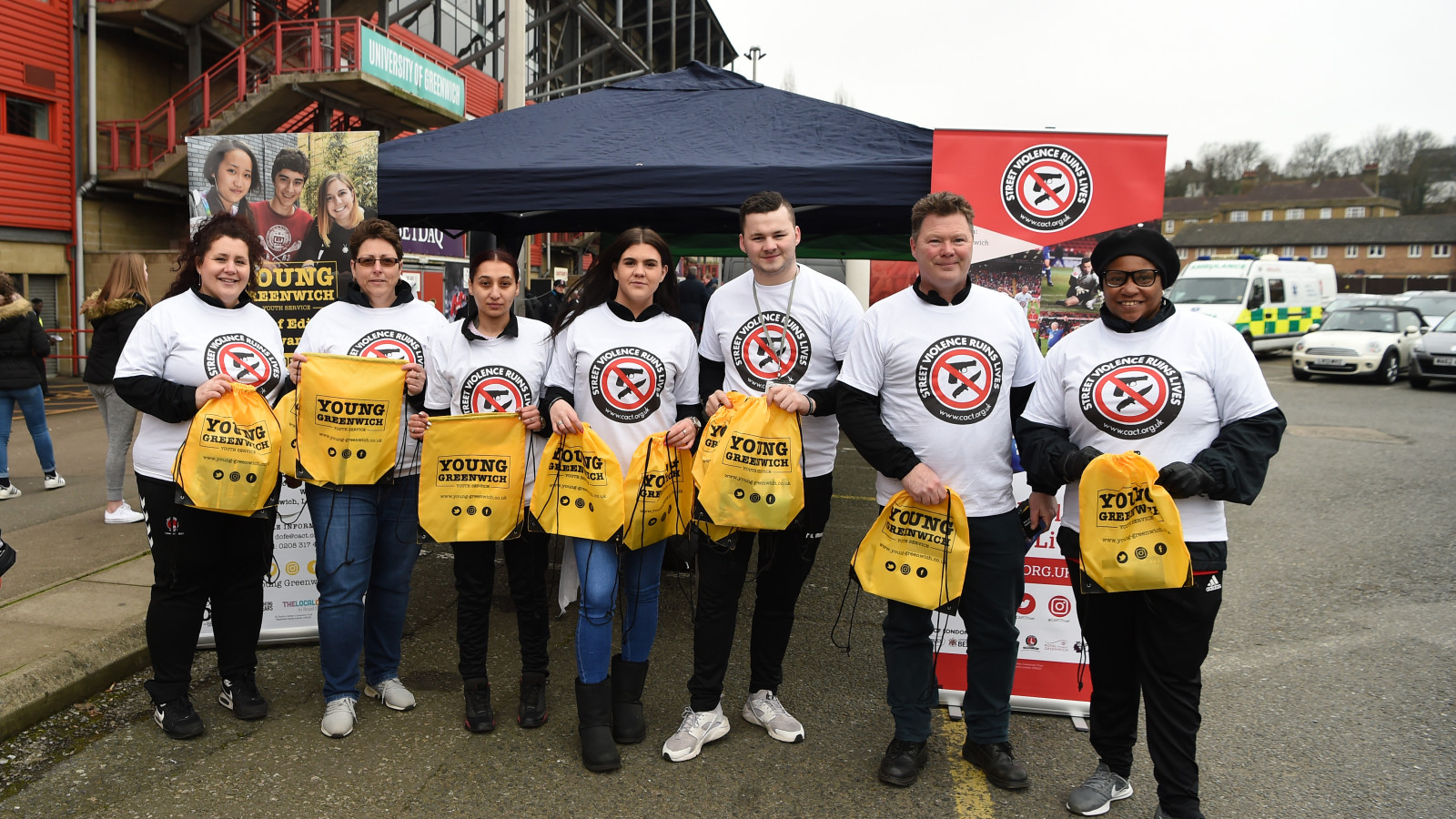 CACT’s Street Violence Ruins Lives strategy was relaunched in early 2019 with the aim of maximising the impact of CACT’s existing community reach to reduce levels of violence in the community, through one-to-one mentoring, group work and enrichment activities.

Within months, CACT engaged more than 2,000 young people, and mentoring continued online and over the phone following the Covid-19 outbreak.

More than 5,400 hours of mentoring have been delivered to 400 young people over a 12-month period up to this April.

Over 60 young people that CACT engages with regularly in Greenwich, Bexley and Dartford through a range of diversionary activities will take part in go-karting and mini golf at TeamSport Indoor Karting Docklands on the 11th. The young people will stay to watch Charlton take on Cheltenham, with a number invited onto the pitch.

Royal Borough of Greenwich Leader Cllr Danny Thorpe and local politicians have been invited to attend, as have Royal Greenwich children’s commissioners, representatives from the Mayor of London’s Office, the London Borough of Bexley, Peabody Trust and the Metropolitan Police.

Sally and Colin Knox, whose son Rob was killed in 2008, which led to SVRL being launched, will also be in attendance.

Charlton Athletic Women's striker, Jess King, who also works for CACT as a mentor, said: “The Street Violence Ruins Lives project is such an important initiative. I’ve been lucky enough to see first-hand the work that CACT mentors do and I’m proud to support the programme.”

“We all have a part to play as a Charlton squad, and will be wearing SVRL t-shirts once again on the 11th to show our support for the campaign."

TeamSport’s Regional Operations Director, Lydon Smith, said: “TeamSport are delighted to welcome CACT and support the SVRL initiative at our Docklands Indoor Karting and Putt Club venue. As an employer of young people from the local communities being involved in such a great cause is very close to our hearts. We are very excited to partner with CACT and cannot wait for the event on Saturday, September 11th."

Click here to purchase your ticket for the Addicks’ encounter against Cheltenham at The Valley.