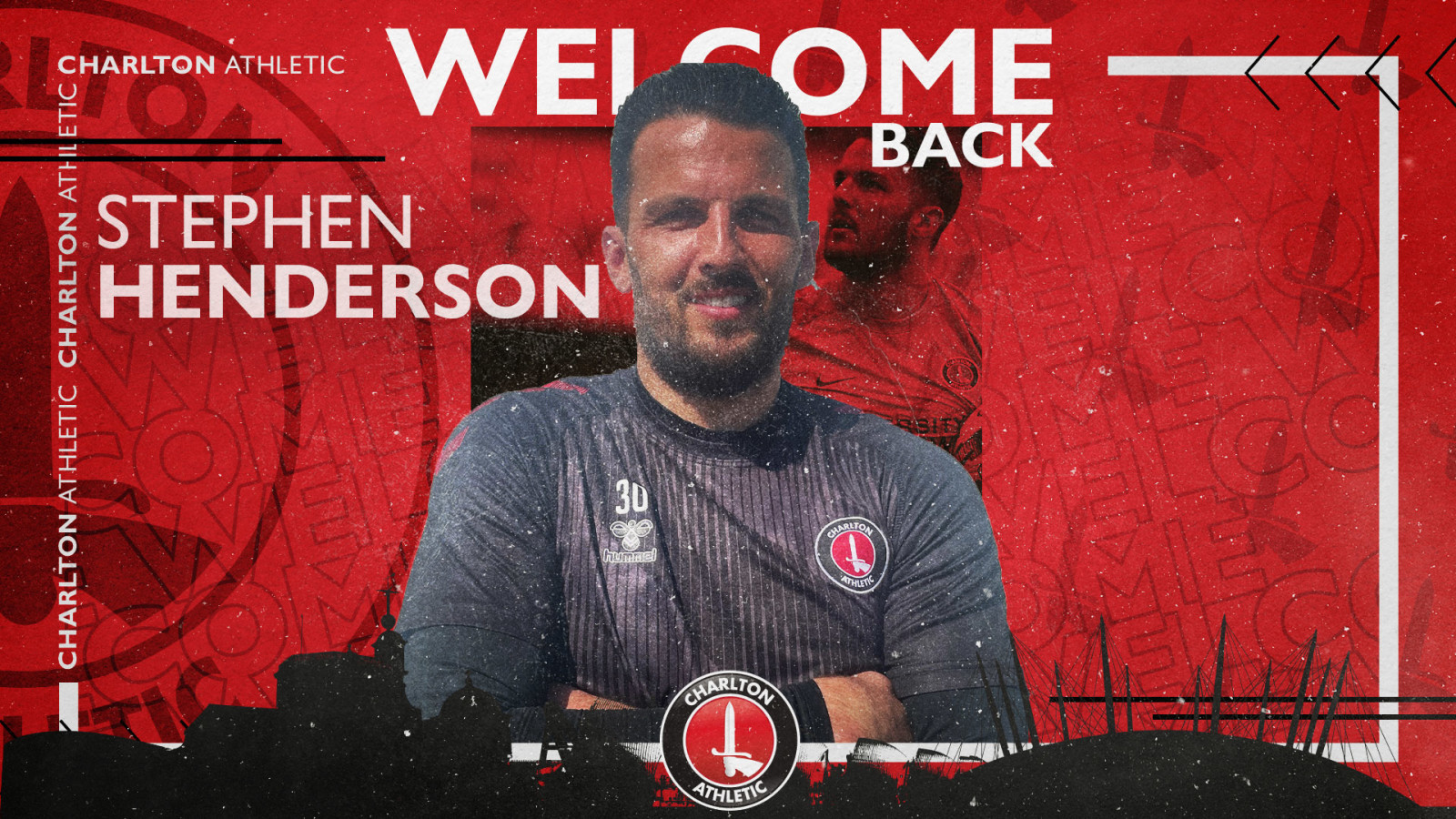 The popular goalkeeper played 54 games for Charlton between 2014 and 2016.

He becomes the Addicks 13th signing of the summer after Senegal international left back Pape Souare signed for Charlton on Monday.

The 33-year-old has been training with the club for the last five weeks and signed a one-year contract. He said: “It feels really good to be back. It's a great atmosphere, good staff, there are really positive vibes and I'm just really blessed that I've been given another opportunity at such a great club."

Owner Thomas Sandgaard said: “It has been a busy summer and I’m pleased we’ve been able to bring another goalkeeper into the squad. Stephen has been training with the club for a while now and our staff have been impressed with what they have seen, so I am very pleased to have him back at Charlton.”

Born in Dublin, Henderson began his youth career at Belvedere before joining Aston Villa in 2005. He signed for Bristol City in 2007, where he played five Championship games and enjoyed permanent spells at Portsmouth and West Ham United before joining the Addicks in 2014. After leaving Charlton he joined Nottingham Forest before signing for Crystal Palace in 2019.

The Addicks host Cheltenham Town at The Valley on Saturday. Click here to purchase your ticket.