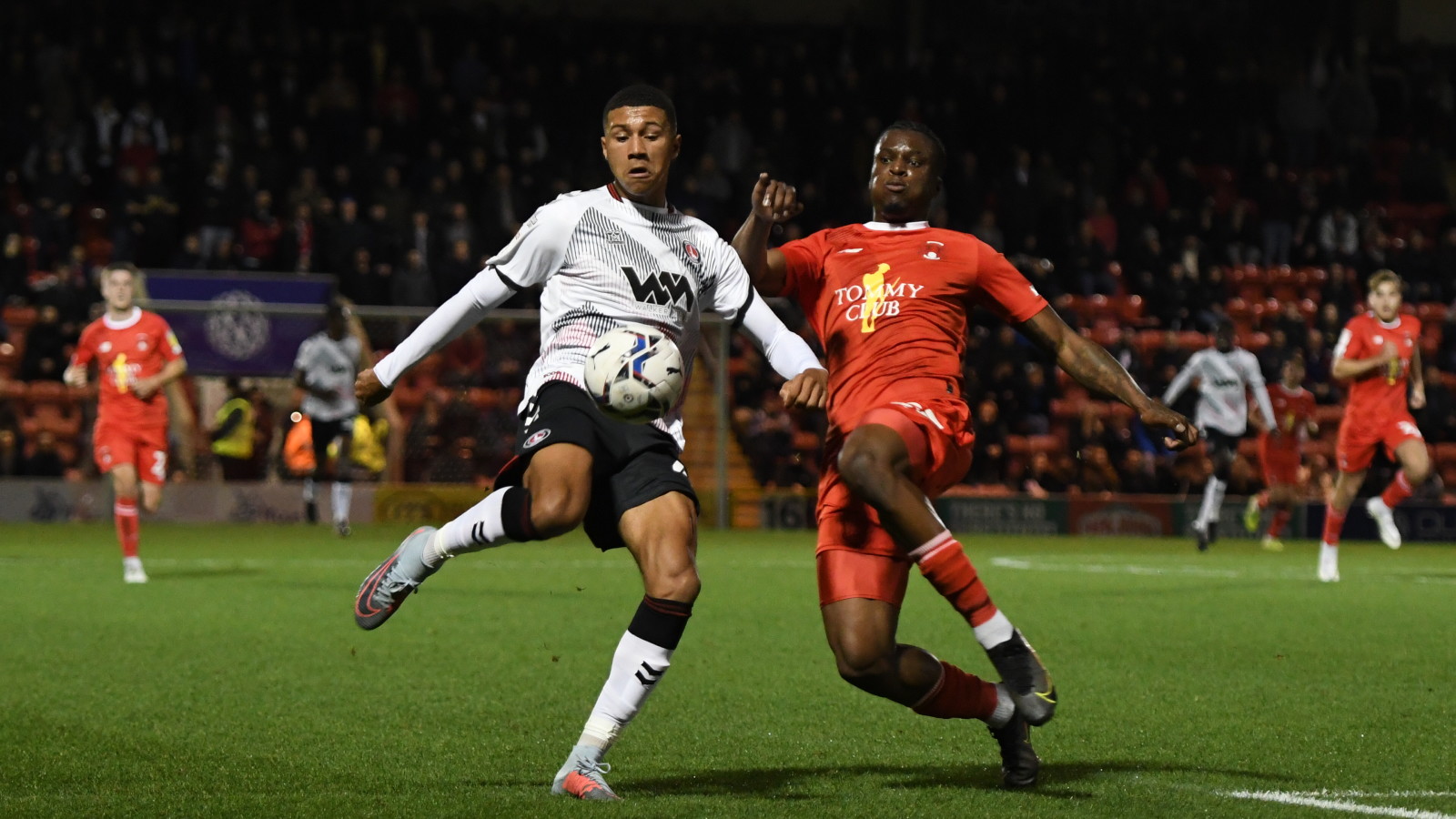 A youthful Addicks side fell to a 1-0 defeat at Leyton Orient in the Papa John’s Trophy, with Paul Smyth’s late effort proving the difference.

Richard Chin and Nazir Bakrin enjoyed their full Charlton debuts at the Breyer Group Stadium, while Nathan Harvey, Harris O’Connor and Ryan Viggars featured in the senior matchday squad for the first time.

The Addicks side administered the first opening when Albie Morgan - captaining Charlton on the evening - found Mason Burstow racing in behind the hosts’ defence with a perfectly threaded through ball, though the 18-year-old saw his left-footed effort turned onto the crossbar by Rhys Byrne.

Having been a bystander during the opening exchanges, Nathan Harness was forced into action on 26 minutes, thwarting Tyrese Omotoye with an outstretched boot at his near post after the forward had driven past Deji Elerewe to carve out a shooting opportunity on the angle.

Moments later, Harness saw his searching ball forward flicked on by Burstow into the path of his strike partner Josh Davison, who dragged his effort wide of Byrne’s left upright.

Davison was in the thick of the action again minutes later, this time meeting Morgan’s deep corner delivery to unleash a venomous volley towards goal, only for it to deflect off Elerewe.

The lively Charles Clayden then produced a tantalising, first-time cross for Ben Dempsey, but, having ghosted in behind Dan Happe, the midfielder could only head wide from close range with the goal at his mercy.

Kenny Jackett’s side started the second period sprightly, enjoying an early flurry of chances. First, Harness was at full stretch to tip over former Addick Smyth’s header from Matt Young’s centre, before Connor Wood fired wastefully wide on the half volley.

Happe’s quickly taken free-kick almost proved profitable for the hosts on 58 minutes when the O’s skipper found Smyth in behind, though the Northern Irishman could only strike the post having poked his effort past the onrushing Harness.

With 25 minutes remaining, O’s midfielder Antony Papadopoulos was given his marching orders by referee Sam Purkiss having earned two cautions for fouls on Morgan and Burstow respectively, with the Charlton captain firing wide from Richard Chin’s cut back just minutes later.

Despite the one-man disadvantage, the O’s continued to rally thereafter, Ruel Sotiriou dragging a left-footed effort wide on the angle before the decisive moment arrived.

Having received the ball from Harness, Elerewe ceded possession with Smyth the beneficiary, racing through to rifle past the Charlton stopper.

The result sees the Addicks finish second in Southern Group G, meaning Charlton will face a top-placed southern outfit away from home in the second-round.