Jackson: "It is going to be a real test for us, I think it should be a really exciting game" 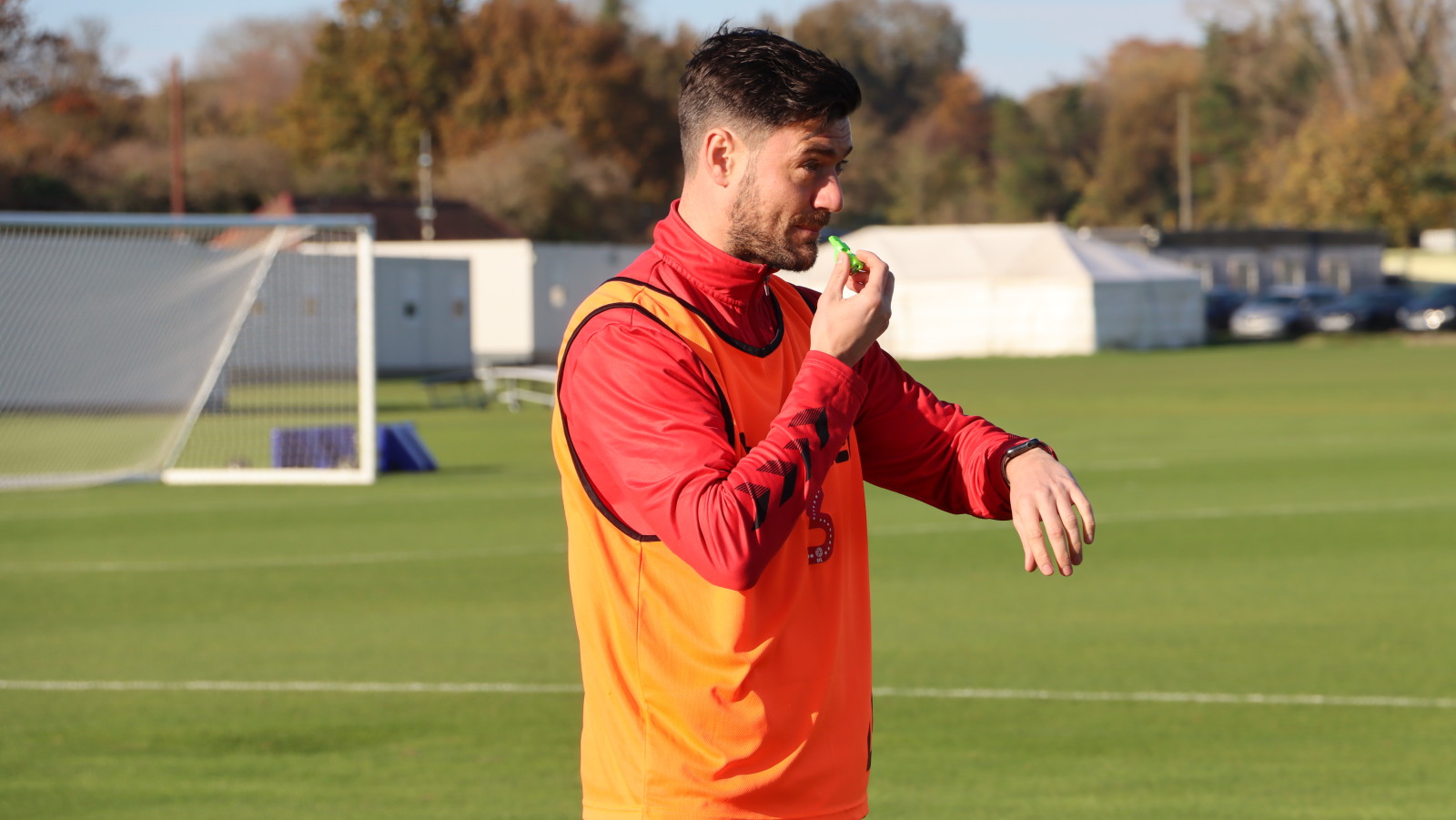 Johnnie Jackson said his team have had a strong week of training in preparation for Saturday's fixture against Plymouth Argyle.

Since taking control of the side since the departure of Nigel Adkins, the Addicks Caretaker Manager has achieved ten points from the previous four league fixtures, retaining his unbeaten record within the league campaign.

The Addicks have had a week to prepare for Saturday's fixture, for the first time in a while, Jackson said: “We’ve had a strong week on the training ground, we’re going into a bit of a mad period, after this Saturday, games are going to come thick and fast so its about using time wisely.

“We're getting physical work in for the lads to prepare them for this busy schedule that we've got coming up, and doing the right tactical work for the big game against Plymouth."

The Addicks were without Chris Gunter and Conor Washington through international duty in last weekend's win at Burton Albion.

Jackson said: “[Chris] Gunter and Conor [Washington] have come back from international duty fine, no problems there at all, both trained this morning. [Jonathan] Leko and Adam [Matthews] are getting closer but I believe the weekend is going to come too soon, we hope to have them back involved after the weekend, with the games coming up they'll be involved before too long."

Plymouth top League One and Jackson knows the Pilgrims Manager, Ryan Lowe very well. He said: “I expect a tough game, someone I know well is in charge, Ryan Lowe, he's done a brilliant job there, they are top of the table for a reason, because they're playing some really good stuff, scoring a lot of goals, got a lot of energy in their team, they play a similar way to how we've been playing in the last few games. It is going to be a real test for us, we’ll be a good test for them, I think it should be a really exciting game.

“We haven’t spoken this week, we spoke the week before, not about the game, just about some other stuff. He is someone I speak to regularly, got a lot of time for, and became really good friends with him. So going into the game Saturday he's going to want to beat me and I'm going to want to beat him, that's the nature of our competitive edge, he is someone I have a lot of respect for and his team, we'll have to be on our game, they're going to pose us a lot of threats, I've always said I think that we can cause any team threats, if we get our stuff right we can win the game.”

With Saturday’s fixture being apart of Charlton’s #FillTheValley campaign, more than 25,500 are expected in the stadium and Jackson hopes the support of the Valley faithful will help elevate their performance: “The players should be looking forward to it, they should be excited about it, obviously i know what it can be like playing in front of a packed Valley, when the crowd get behind you and the lift it gives you. The lads will experience this first hand, and already have, thinking back to the last two games, they've been unbelievable, they are bouncing, and to think there is going to be even more people there. This Saturday I know they are going to get behind the team, as always the lads are going to have to give them something to shout about, and if they do that they're going to get right behind the team and that should help us push forward and win the game.

“I’m really excited for the game, as always it will be an absolute honour for me to lead the team out in front of a packed Valley, something I always dreamed of. Personally it's going to be great and I know the lads are looking forward to it and I know they'll respond to it, it has got to be made into a great day."

Thomas Sandgaard will be in attendance for Saturday's game, Jackson said: “We’ve had our conversations but they've been over the phone. I'm a people person, I like to sit down with people and converse with them, it's the best form of communication. It will be great to catch up with him, for him to see The Valley full and rocking and hopefully we can give a performance as well.”

The Addicks host Plymouth Argyle on Saturday, with more than 25,500 expected at The Valley. Don’t miss out, click here to purchase your ticket.