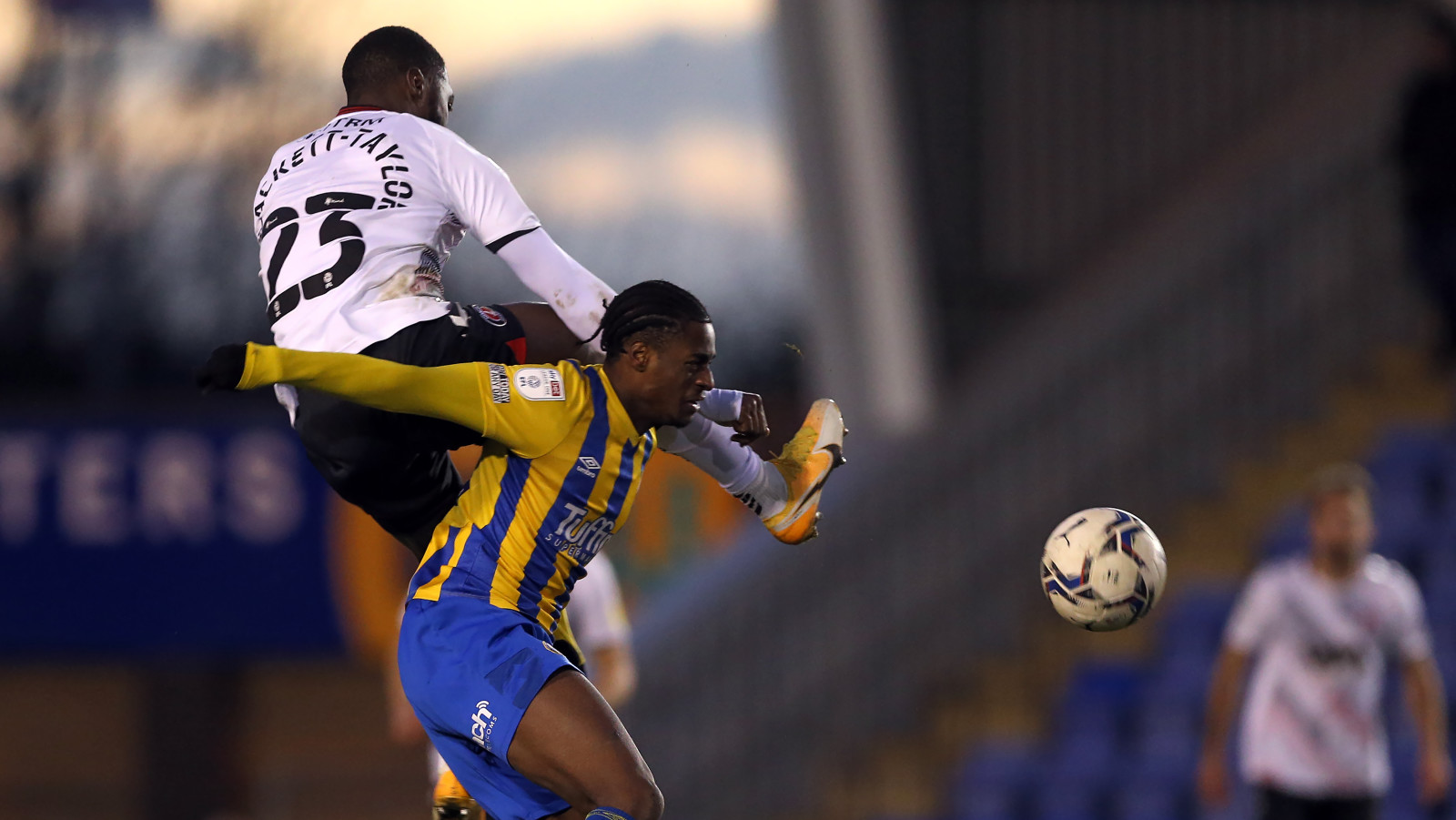 The Caretaker Manager made two changes from the midweek draw at Morecambe, handing starts to Corey Blackett-Taylor and Pape Souaré, while Alex Gilbey donned the armband.

The hosts were the first to threaten as Tom Bloxham flicked on Luke Leahy’s inswinging delivery, though it ultimately evaded the outstretched Matthew Pennington at the far post.

Bloxham was involved again on 15 minutes, this time forcing Craig MacGillivray into an sumptuous one-handed stop with a powerful strike from 12 yards.

At the other end, Marko Marosi soon had to be alert to foil Gilbey’s low drive from range after an enterprising surge forward from the Charlton captain.

Quick feet from Corey Blackett-Taylor then saw the wing-back drive to the byline before crossing for Conor Washington, though Shrews skipper Elliott Bennett was on hand to nod the Northern Irishman’s goalbound header behind.

The Addicks enjoyed a flurry of chances soon after the interval, Washington calling Marosi into action after latching on to Blackett-Taylor’s centre before Elliot Lee stung the Slovenian stopper’s palms with a venomous effort from distance.

Moments later, Nathanael Ogbeta advanced forward from left wing-back to feed Bloxham, but having cut in from the left flank the forward could only fire wastefully wide.

Jackson signalled his intentions as Jonathan Leko and Diallang Jaiyesimi both entered the fray, with the former seeing his inviting cross turned behind by Leahy under intense pressure from Washington.

It was not to be the Addicks’ afternoon in Shropshire, though, as a long throw dropped to Udoh and he rifled the ball past MacGillivray to snatch all three points.