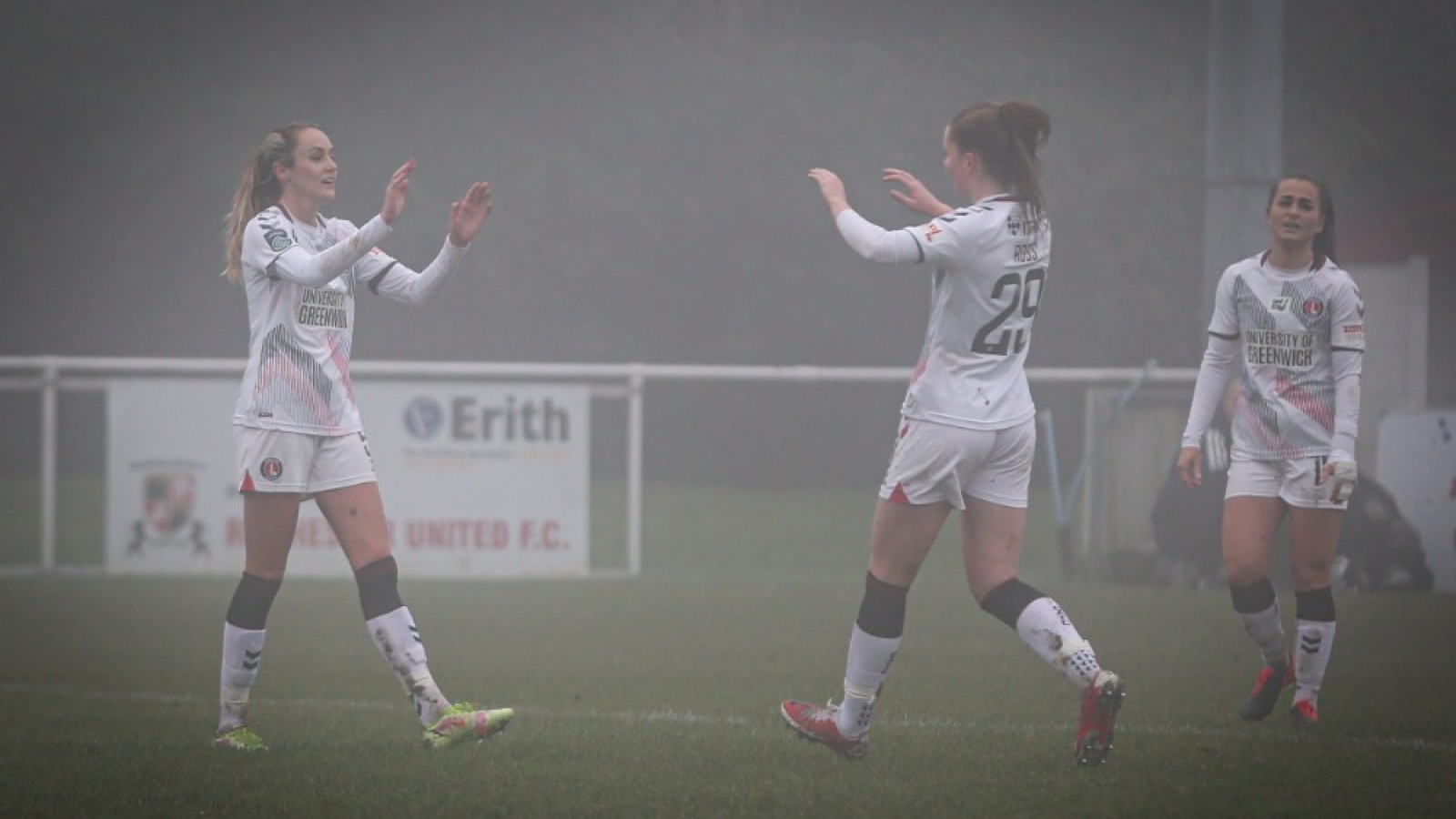 The Addicks secured a place in the fourth round of the Vitality Women’s FA Cup, despite a brave effort from hosts Gillingham Women.

Hollie Olding’s thunderous, 40th-minute strike was enough for Charlton to secure a 1-0 win.

Karen Hills fielded a strong side against the National League South side and gave a full debut to talented 17-year-old Mary Bashford.

Charlton’s first chance came in just the third minute when a flicked touch from Ella Rutherford allowed Beth Roe to get in behind the Gills’ defence on the left, though the full-back’s cross/shot dipped just over Cara Davies’ crossbar.

Davies was forced into further action a few minutes later, this time gathering comfortably from an Emma Follis shot from the edge of the area.

The hosts battled well and kept the Addicks quiet until Davies tipped an Olding shot over the crossbar just before the half hour mark.

Olding forced Davies into another save two minutes before she opened the scoring. The goal came from a clever pass through from Follis which allowed Olding in behind the defence. She struck the ball with power as it beat Davies, hitting the underside of the crossbar and nestling in the Gillingham net.

Rutherford nearly made it 2-0 before the break, hitting the crossbar with a dangerous free-kick.

Olding then hit the crossbar herself, with a powerful shot from range shortly into the second-half.

The Addicks had two second-half goals disallowed asOlding’s header was adjudged offside, while substitute Lois Roche had a goal ruled out for a handball in the build up.

Davies was down quickly to deny Lois Heuchan with five minutes remaining as the Addicks searched for a second and while Eartha Cumings remained relatively untested in the Charlton goal, the Gills gained hope with a few late set-pieces.

Another substitute, Elisha Sulola, headed over in stoppage-time, as the Addicks made it through to book a fourth-round tie with Plymouth in 2022.