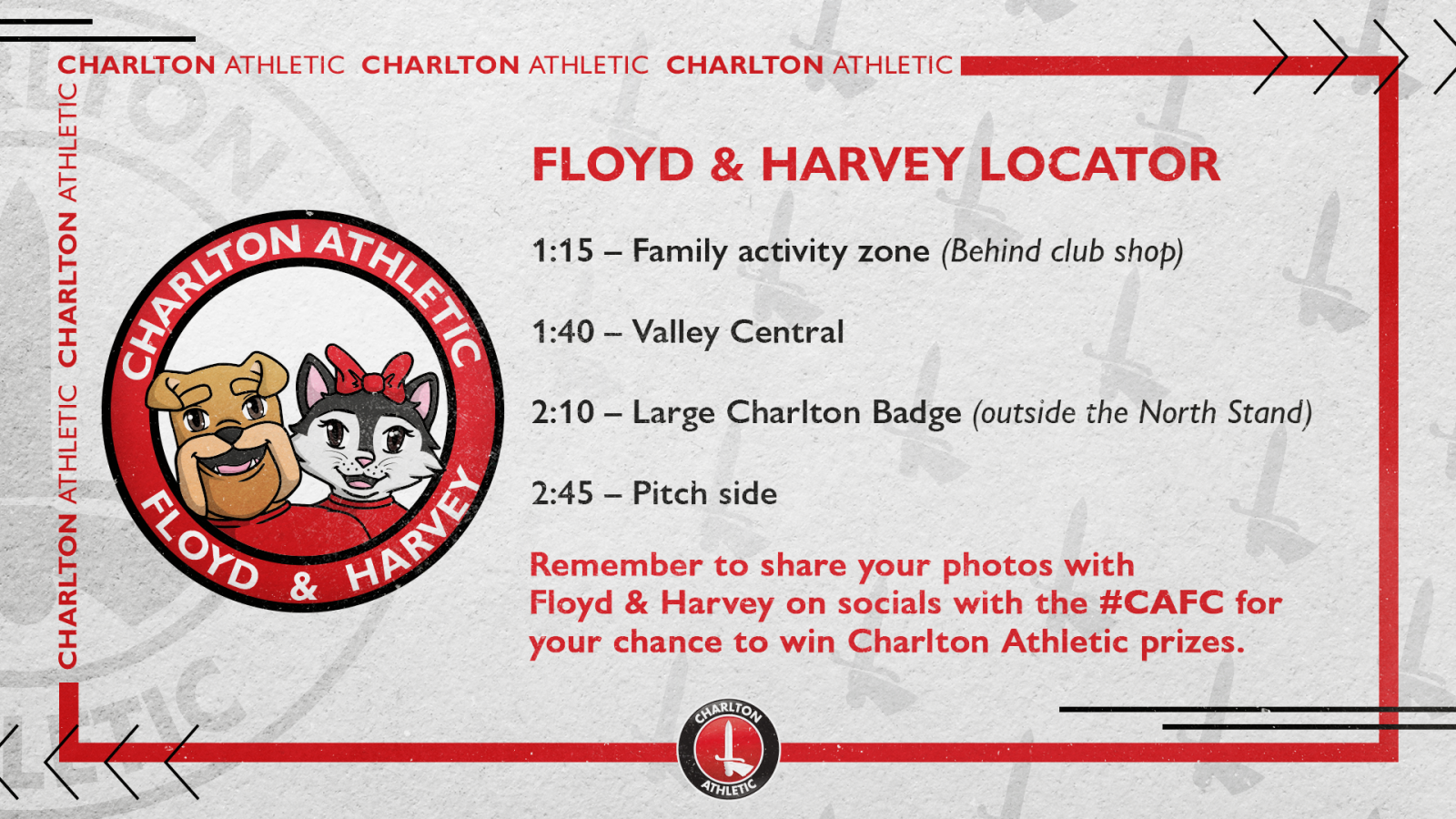 Supporters can meet the Addicks’ popular mascots Floyd and Harvey at The Valley ahead of Saturday’s game against Wycombe Wanderers.

The returning mascots were revealed, to the delight of the crowd, ahead of the Addicks season-opener against Sheffield Wednesday and have proven popular with supporters old and young alike.

The pair will be in the Family Activity Zone from 1.15pm which is located behind the club shop.

Supporters will be able to meet them in Valley Central, opposite the club shop, from 1.40pm and they will be by the large Charlton badge outside the North Stand at 2.10pm before heading pitchside at 2.45pm.

Supporters will be able to get their photos with the pair and will be in with a chance of winning Charlton prizes if they post their photo on social media using #cafc.

Visiting The Valley for the first time? Click here to read our First Time Visitors' Guide.

The Addicks host Wycombe Wanderers at The Valley on Saturday. Click here to purchase your ticket.