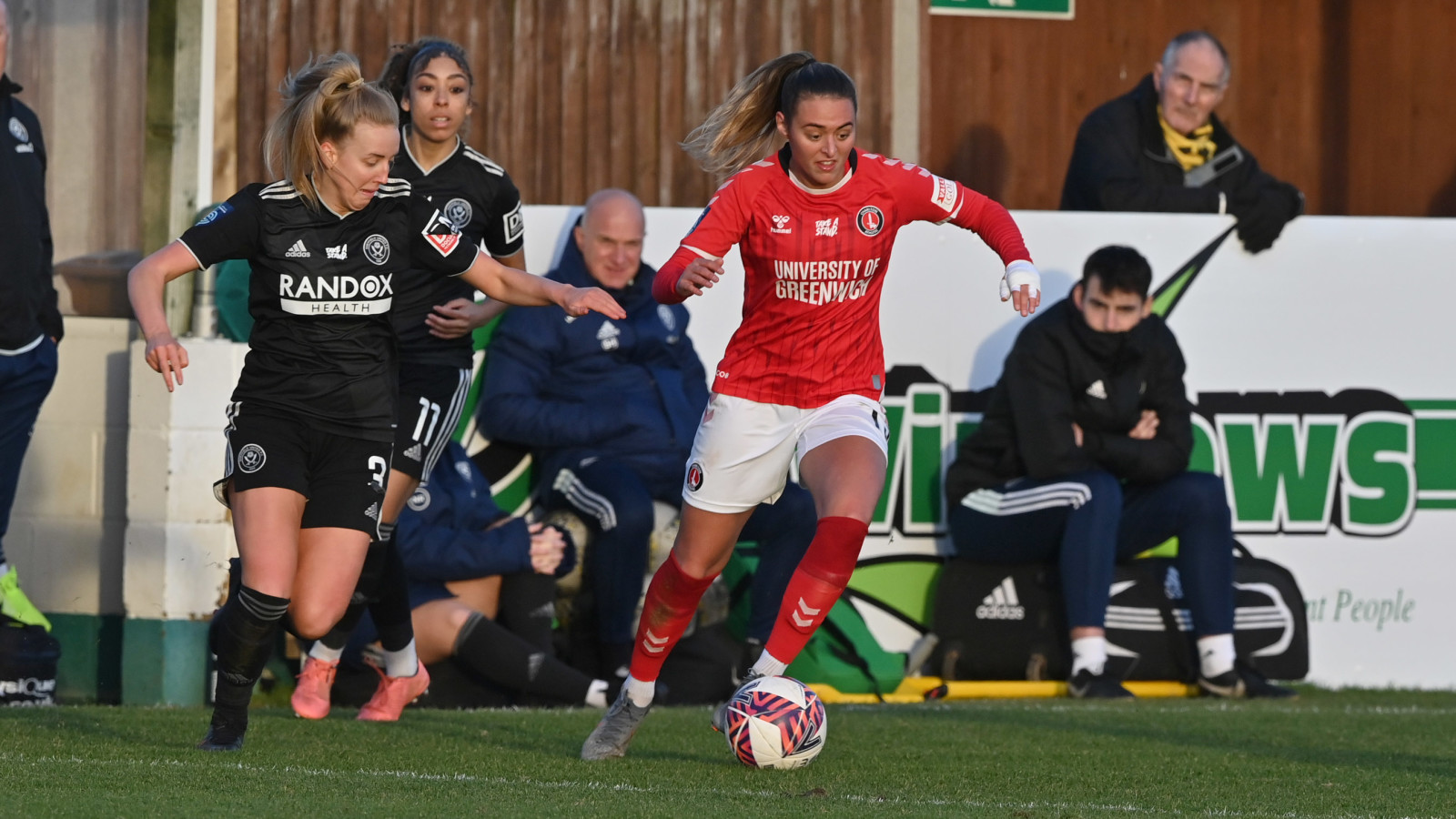 A stunning save from Eartha Cumings helped the Addicks secure a 0-0 draw with Sheffield United at The Oakwood on Sunday afternoon.

A game in which Charlton dominated possession but found chances hard to come by burst into action as the end neared and Cumings made a spectacular fingertip stop to deny Courtney Sweetman-Kirk with seconds remaining.

The Addicks made a bright start, with Ella Rutherford having the first strike of the game from long range but pulling it wide before Lois Roche whipped a dangerous corner to the edge of the six-yard box, though neither Anna Filbey nor Kiera Skeels could connect.

The visitors clawed their way back into the clash halfway through the first period, building some pressure. A Lucy Watson free-kick was curled well wide while a Rebecca Rayner set piece was hit into the wall.

The first effort on target came from Sheffield, but Alethea Paul’s shot was easily saved down low by Cumings.

The Addicks finished the half strongly, but their best chance came from a soft Megan Wynne volley that was comfortably claimed by Fran Kitching.

It was Sheffield who had the best early chances after the break with Cumings saving early on from Sweetman-Kirk and Beth Roe throwing herself at a Paul strike to block well.

For Charlton, Rutherford fired a free-kick over before Jess King chased down a long Filbey clearance but was thwarted by a recovering tackle.

Filbey went closest for Charlton with 18 minutes remaining when her wicked free-kick was parried by Kitching, but the visitors' defence managed to get the ball clear.

With two minutes of normal time remaining, a good passage of play from Charlton saw a couple of shots blocked before Rutherford curled just wide.

The final chance of the game came for the away side, with Jess Clarke crossing deep for Sweetman-Kirk, who looped a good header above Cumings but the keeper threw out her hand and tipped it onto the crossbar.