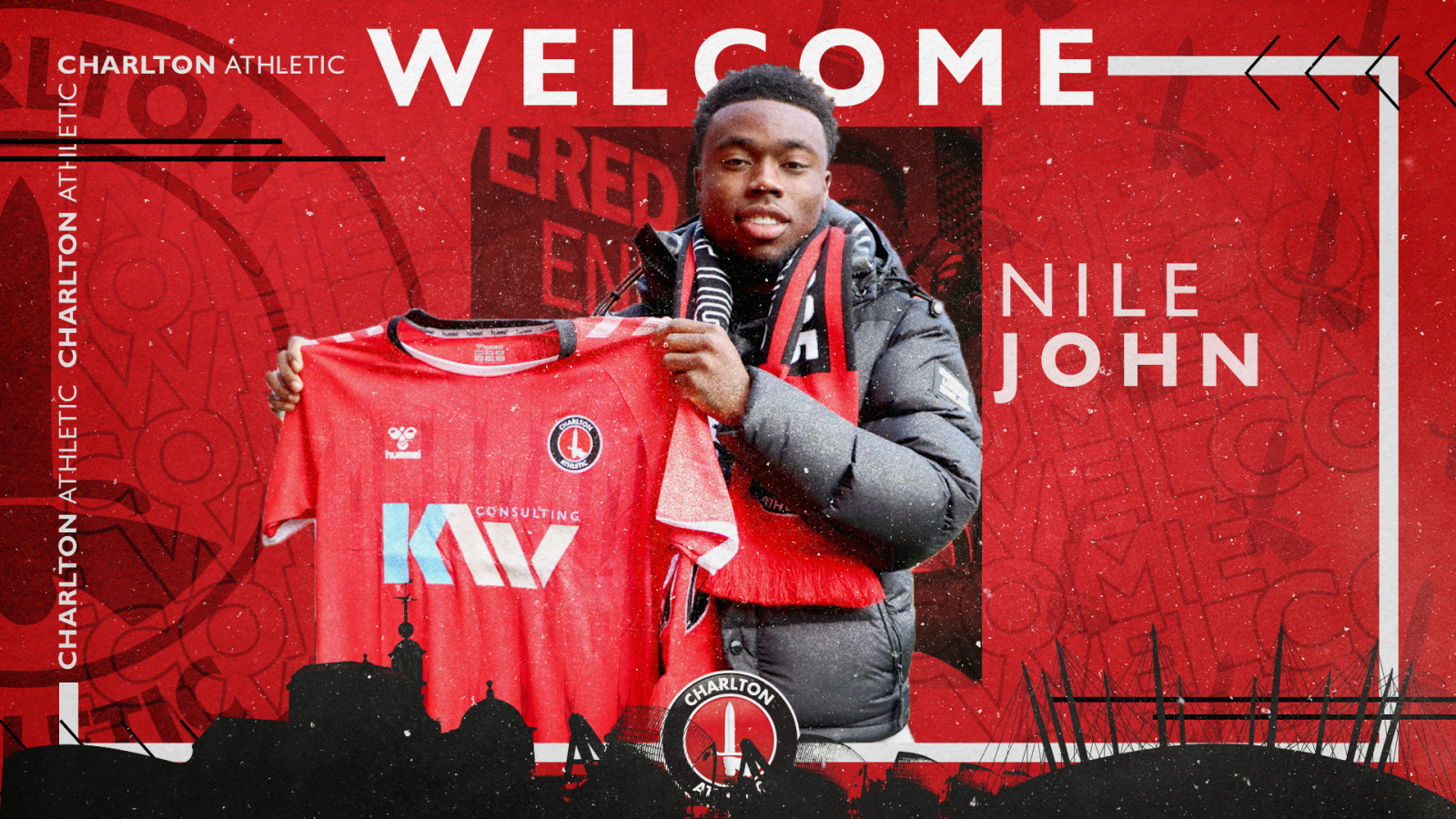 Charlton are delighted to have secured the loan signing of England youth international Nile John from Tottenham Hotspur until the end of the season.

The talented centre midfielder becomes the Addicks' third signing of the January transfer window after the arrivals of Chuks Aneke and Juan Castillo.

The 18-year-old is highly rated at Spurs and comes to the Addicks with the endorsement of former Charlton Manager, Chris Powell, who was at the training ground with John for his arrival to ensure a smooth settling in process for the youngster.

“Chris Powell is someone who I confide in – this connection with Charlton that he’s had and the history and how the fans have been, how the whole club is as a unit, allowed me to feel more welcomed. I’m really grateful for Chris that we’ve got this connection, this link together.”

Johnnie Jackson has aided the development of international midfielders Conor Gallagher, Josh Cullen, Joe Aribo and Krystian Bielik, during his coaching career, and is looking forward to working with John. He said: “He is really excited to get going and we are excited to have him. We have seen him play and done our homework on him and for me personally having a relationship with Chris Powell, who is at Spurs now, I could tap into him and speak to him about the lad and just get a little bit more insight on him. Powelly was very complimentary of the boy both as a lad and as a player and said he will definitely come in and help us.”

Owner, Thomas Sandgaard, said: “We have been really impressed with what we have seen while monitoring Nile. He is young, talented, energetic, creative and possesses a lot of attacking quality. I am looking forward to watching him playing for Charlton.”

John, who joined Tottenham aged seven, has represented England at youth levels from U15s through to U19s. He made his professional debut in a Europa League game against Wolfsberg last season and has played twice this year in Tottenham’s Europa Conference League campaign.

Watch John’s first interview as a Charlton player on CharltonTV later on Thursday.

The Addicks are back in action at The Valley next Saturday against AFC Wimbledon. Click here to get your tickets.