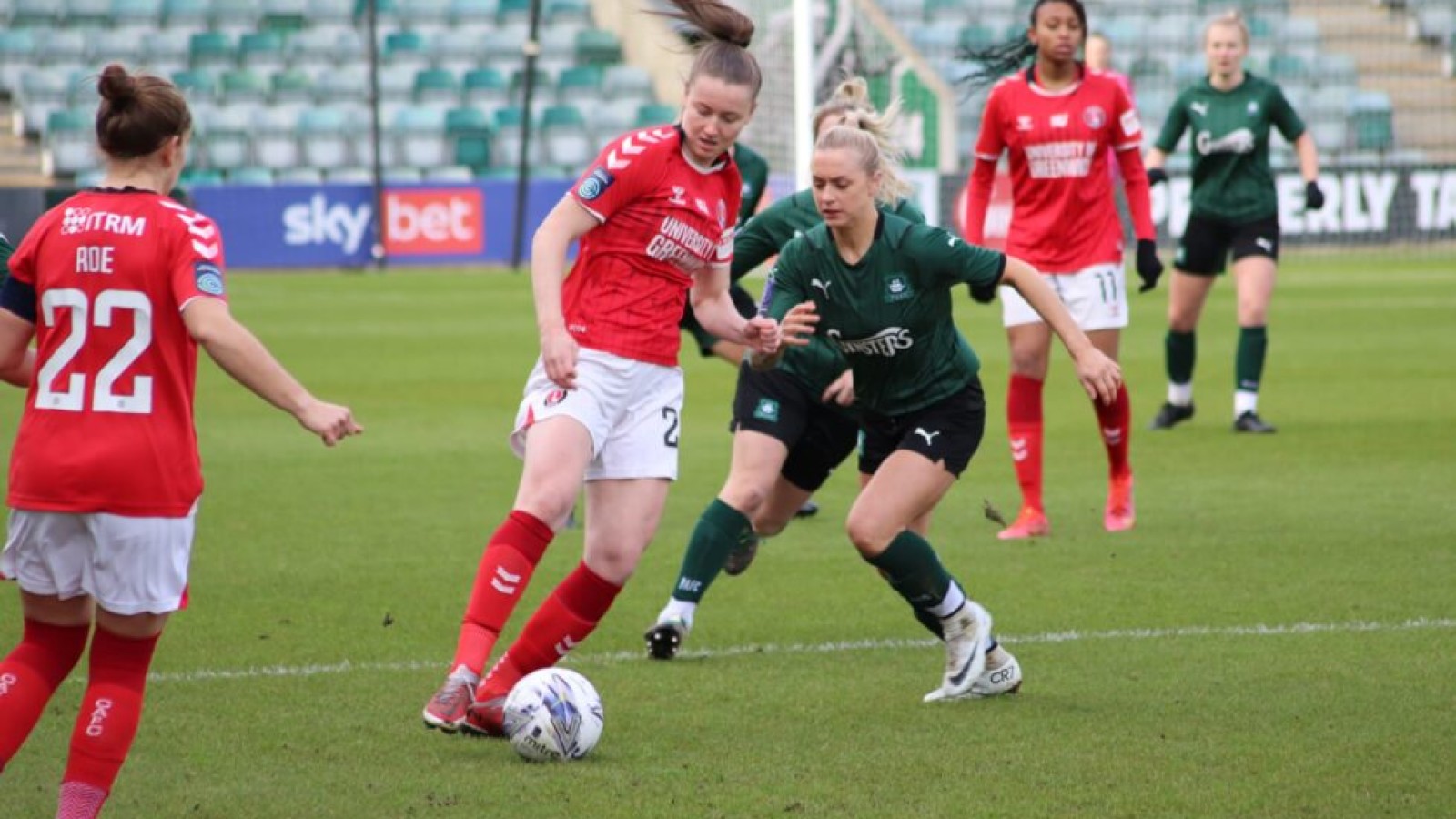 Six different goalscorers got onto the scoresheet to send Charlton Athletic into the Vitality Women’s FA Cup fifth round, as they eased past Plymouth Argyle 6-0 at Home Park.

Head coach Karen Hills made five changes to the team that defeated Bristol City last weekend, but the team was far from unfamiliar with each other, dominating the game from start to finish.

Becky Jane had the first chance of the game, firing wide from long range, though Plymouth threatened early, too, with Amber Pollock running at the Charlton defence Natalia Negri was alert to push the cross-shot round the post. Gabrielle Alphous then chased down a through ball but shot wide across the goal.

Up the other end, Soper did well to push away an Ella Rutherford shot before Mia Ross headed a Roche corner wide.

Roche’s set-pieces caused the hosts problems with Soper having to claw one away. Lois Heuchan had a good chance at the back post but could only hook it wide, but it was Hollie Olding that had the best opportunity of the half, going through one-on-one but being foiled by Soper’s legs.

It took almost an hour, but the floodgates finally opened after the interval. Stand-in skipper Beth Roe opened the scoring when she picked the ball up on the left, drove inside and fired into the bottom corner.

Eight minutes later it was two when substitute Jorja Fox saw her first bite of the cherry blocked on the line but the Chelsea loanee made no mistake on the rebound, slamming home.

Roche volleyed home for three on 70 minutes, with Robinson latching onto an Elise Hughes through ball to slot home past Soper nine minutes later.

Sampson poked the fifth home after the ball had bounced around in the penalty area and Ross headed the sixth in from a Roche corner.