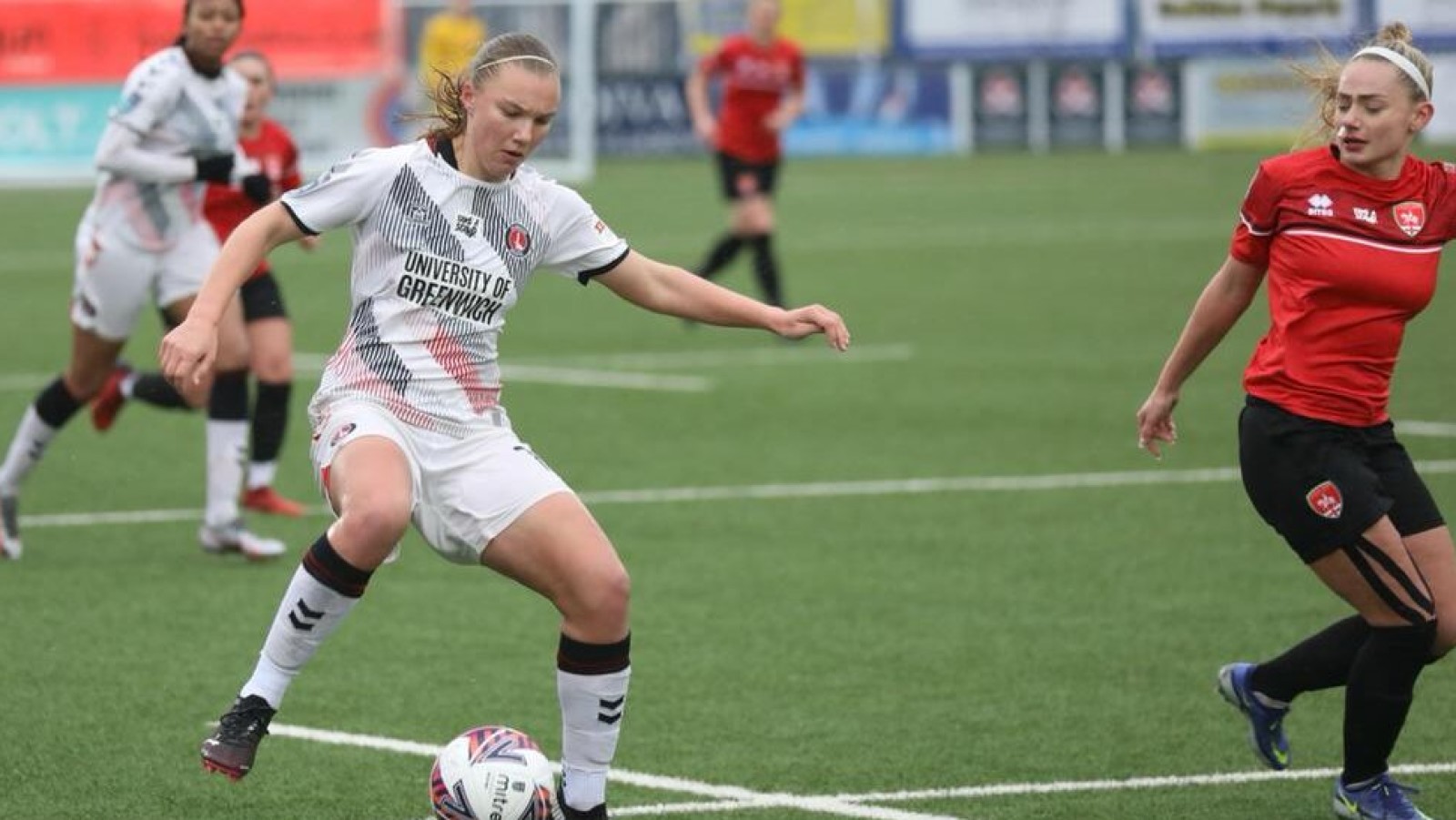 Lois Heuchan put the Addicks ahead with an early second-half goal, but Coventry rescued a point late on when Wilkinson fired her shot home. The draw means Charlton have now stretched their undefeated record to ten in a row.

It was the hosts who had the opening chance of the afternoon when Morris attempted a half volley strike which was securely gathered by Cumings. Soon after The Addicks created an opportunity of their own when Roche received the ball with her back to the goal the midfielder looked to turn and shoot but her effort sailed over the bar.

Coventry were then awarded with a free-kick from 35 yards out, but Greens effort only found the side netting. The Addicks began to grow into the game as the half progressed, Robinson charged up the wing at the thirty-minute mark, she fed a beautifully weighted ball to Sulola who then laid it off for Rutherford to have a go but there was just too much on the pass.

It looked like the Addicks were going to take the lead heading into the interval as Cumings sent her goal kick all the way over to Robinson who charged the kick down in the middle of the park, she found herself one-on-one with the keeper, and took the strike, but Thomas pulled off a sublime save to keep it goalless.

Karen Hills’ side started the second half off with an injection of pace and in the fifty-second minute found an opening! A corner kick was sent in from Roche, Thomas initially beat the ball away but only as far as Heuchan who was there to nod it in at the post.

Not long after United went knocking on the door for an equaliser, Wilkson drilled a shot in from outside the area, but it didn’t trouble Cumings. The Addicks then went close to doubling their lead after Sulola found herself with room inside the box she took a touch, shifted the ball to her right foot, and looked to curl her effort into the top corner only to be denied by the palm of Thomas.

The Addicks kept hunting to stretch their lead in difficult conditions on a damp day in Coventry, but their efforts were denied by a well organised Coventry defence.

With just under ten minutes to play Follis came on off the bench and very nearly added her name to the scoresheet when she drilled her shot in from close range, but she was denied when her strike was blocked by a red shirt and went out of play.

United then went on to equalise right at the end of regular play, scoring the second set-piece goal of the afternoon. The corner floated into the box and the fell to the feet of Wilkison who buried her strike into the roof of the net. before this chance was converted The Addicks went 882 minutes without conceding!

We now head into the international break, but Charlton will return to The Oakwood on Sunday, February 27th to host WSL side Everton in the fifth round of the FA Cup