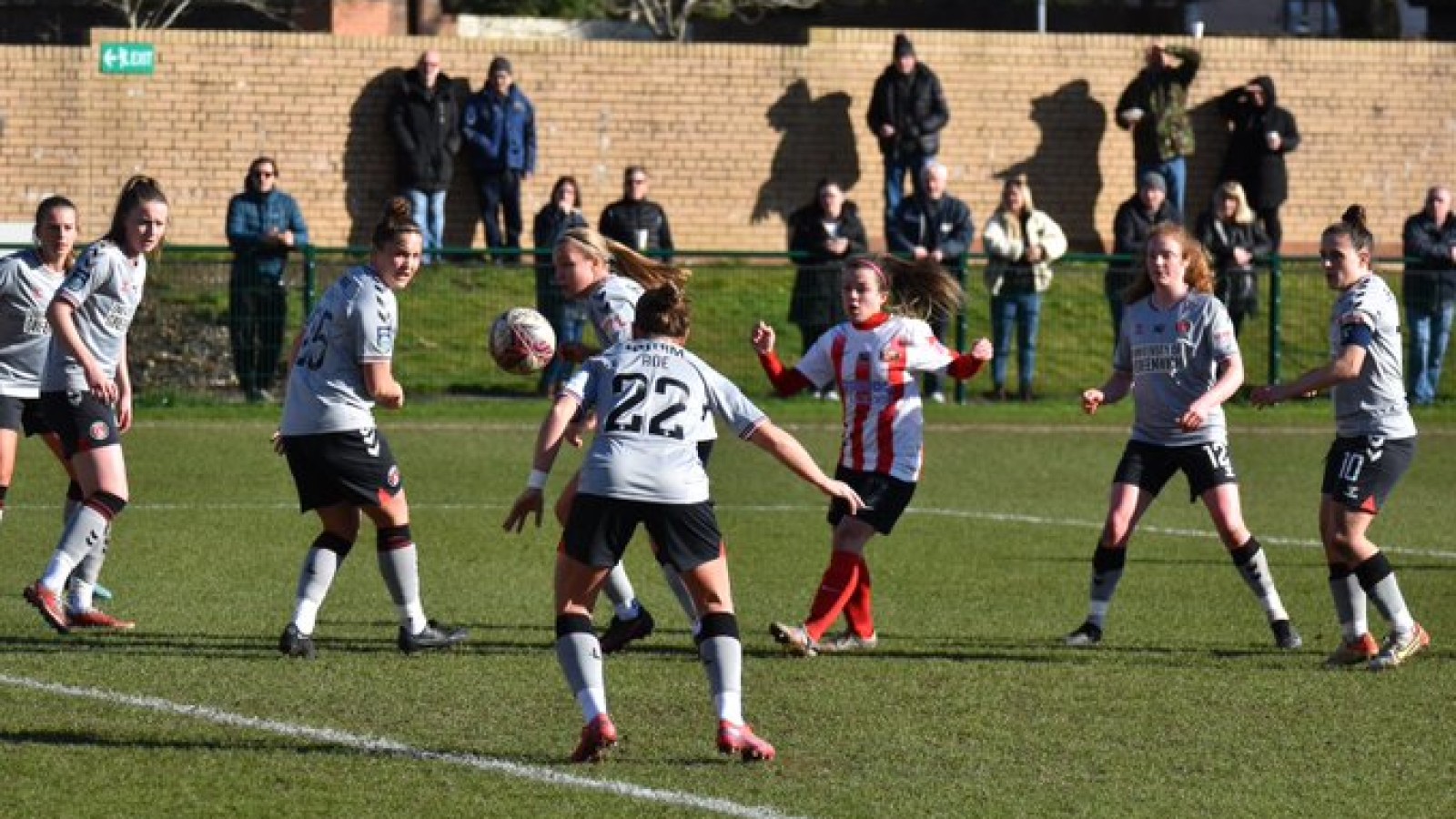 Despite Karen Hills’ side creating a wealth of opportunities throughout Sunday's game against Sunderland Ladies, it was The Addicks who fell to defeat in the northeast after a brace from Neve Herron secured all three points for the home side.

The Black Cats nearly took the lead inside the opening five minutes after the corner ball fell at the feet of Grace McCatty, she took a strike for the home side and her effort clipped the left post.

The Addicks then had their first chance of the afternoon when they were awarded a free-kick, skipper, Lauren Bruton stood over this one, she opted to lay the ball onto Robinson who drilled her shot low which in the end was comfortably gathered by Moans.

Charlton’s best chance of the half came twenty minutes in, after a great build-up of play on the left edge by Jorja Fox who shifted her pass to Bruton waiting eagerly in the centre, the skipper faked her shot played it on to Hughes who one-on-one in the box, just slotted her chance wide.

It was a physical afternoon at the Eppleton, with challenges flying in from both sides, the physicality of the spectacle resulted in the Black Cats being awarded another free-kick this one from the halfway line, Ramshaw found herself on the end of the opportunity, but she fired her shot into the hands of Eartha Cumings.

The Addicks were soon awarded a free-kick of their own from 30 yards out, the ball was struck by Bruton but only as far as the solid red wall.

Hills’ side continued to dominate possession in the first half, with both Fox and Roe creating opportunities but unable to convert.

The Addicks then came flying out of the blocks after the interval with Sophie Quirk leading the charge, the forward earned her first start for The Addicks this afternoon, and she continued to be a menace down the edge.

Hughes then created the first Addicks’ chance in the second period drilling a ball in from the right-hand side, but in the end, it was comfortably gathered.

The Black Cats then ventured to look for an opening, Farrugia was able to get her shot away but only as far as the hands of Cumings.

Soon after, just before the hour mark, Sunderland took the lead. The corner ball was initially dealt with but, it then fell out to Herron who was there to take another strike on goal and this time, it is just out of Cumings reach, and the ball was buried into the bottom corner.

The visitors then went searching for a response, Hills opted to shift her players around and made three changes in the process bringing on, Follis, Filbey and Rutherford all looking to inspire their side.

Around the seventy-minute mark striker Hughes dispatched her shot, it is initially spilt by Moan but then she regathered the ball.

Charlton very nearly found an equaliser through Quirk, after a powering run down the line from Follis who played the ball into Quirk, she took a thundering strike which was headed on target but then met the palm of Moan.

Soon after the save The Black Cats were awarded a penalty after Roe fouled Manders in the box, despite Cumings’s best efforts to keep the ball out Herron slotted the spot kick home to double the host’s lead, and round of their 2-0 victory.

The Addicks return to The Oakwood next Sunday as they gear up to take on Liverpool, click here to get your tickets.