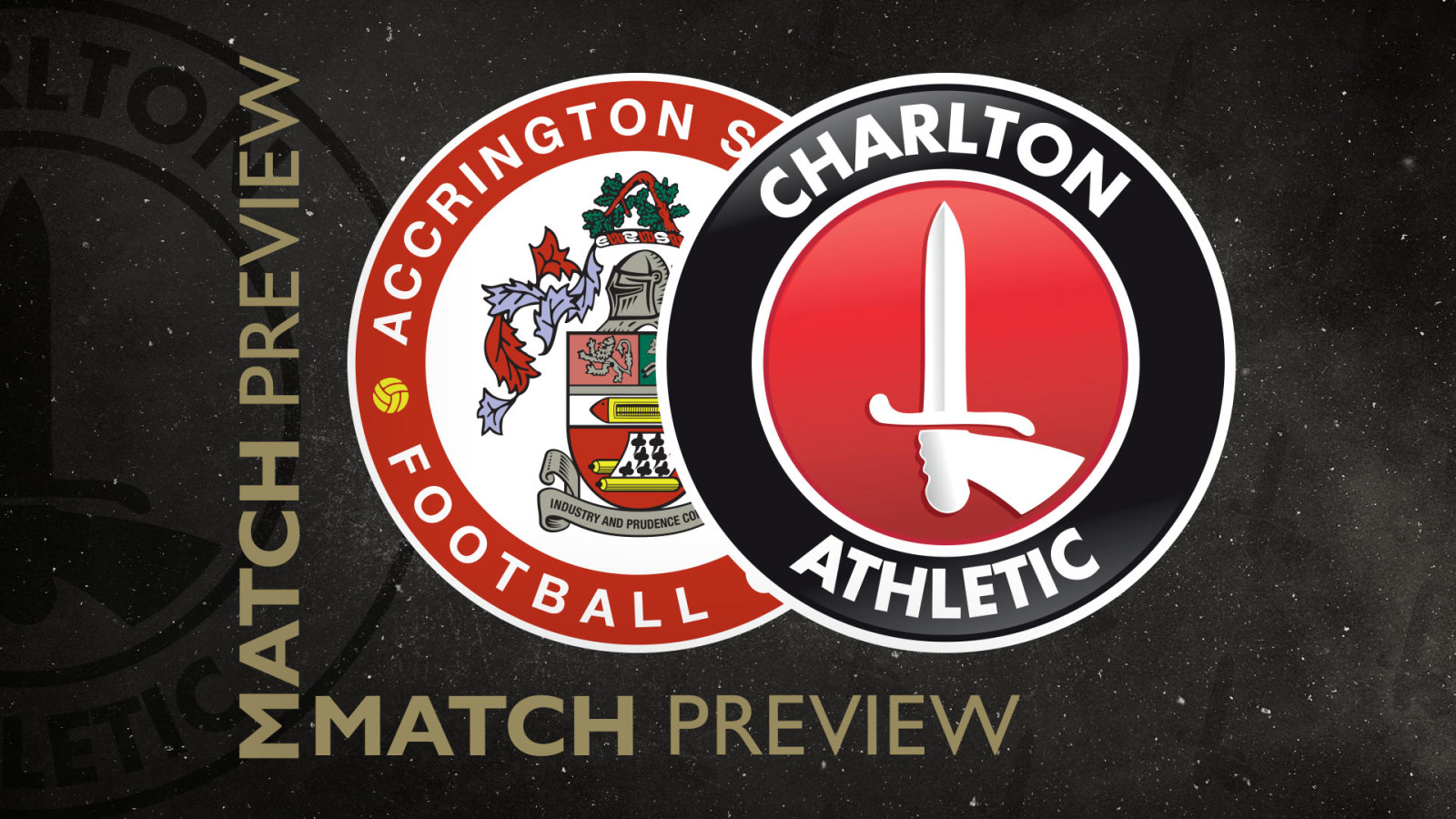 Charlton are back on the road on Saturday as they take on Accrington Stanley at the Wham Stadium (3pm).

Having halted a run of five consecutive losses with a hard-fought point against promotion-chasing Sunderland last weekend, the Addicks will be targeting maximum points in Lancashire.

Johnnie Jackson confirmed in Thursday’s press conference that late calls will be made on Corey Blackett-Taylor (hamstring) and Conor Washington (hamstring), while Sean Clare is available again having served his three-match suspension.

Jay Rich-Baghuelou (knee) and Josh Woods (foot) will both be assessed by the hosts, but Mitch Clark is unavailable as he serves the second of his three-match suspension.

John O’Sullivan (hamstring), Joe Pritchard (hamstring) and Joel Mumbongo (knee) are all expected to miss out for Stanley.

John Coleman’s side come into this weekend’s fixture on the back of a 4-0 reverse at Portsmouth last time out, though Stanley lost just four times at home this term.

Charlton and Accrington have met on seven previous occasions with both sides boasting two wins apiece, while the remaining three encounters resulted in draws.

The reverse fixture came at The Valley in October as Stanley claimed a 3-2 win.

Our last visit to the Wham Stadium, meanwhile, saw Aneke strike in the 95th-minute to earn the Addicks a late point.

Simon Mather will be the man in the middle on Saturday afternoon, overseeing his first fixture involving Charlton.

Mather will be assisted by Robert Atkin and Simon Clayton, while Thomas Harty is the Fourth Official.

The Addicks will be donning their black and gold third strip in Lancashire.

Tickets will be available from the Wham Stadium on the day for cash only at the turnstiles, with no price increase.

Supporters outside of the UK and Ireland can watch every kick of Saturday’s action live on CharltonTV, with Alan Curbishley and Steve Brown starring alongside host Charlotte Richardson in the CharltonTV studio, presented by DNEL Ltd.

Meanwhile, audio commentary of the game is available for CharltonTV subscribers in the UK and Ireland, with former Addicks defender Peter Shirtliff joining Terry Smith and Greg Stubley in the Lancashire gantry.