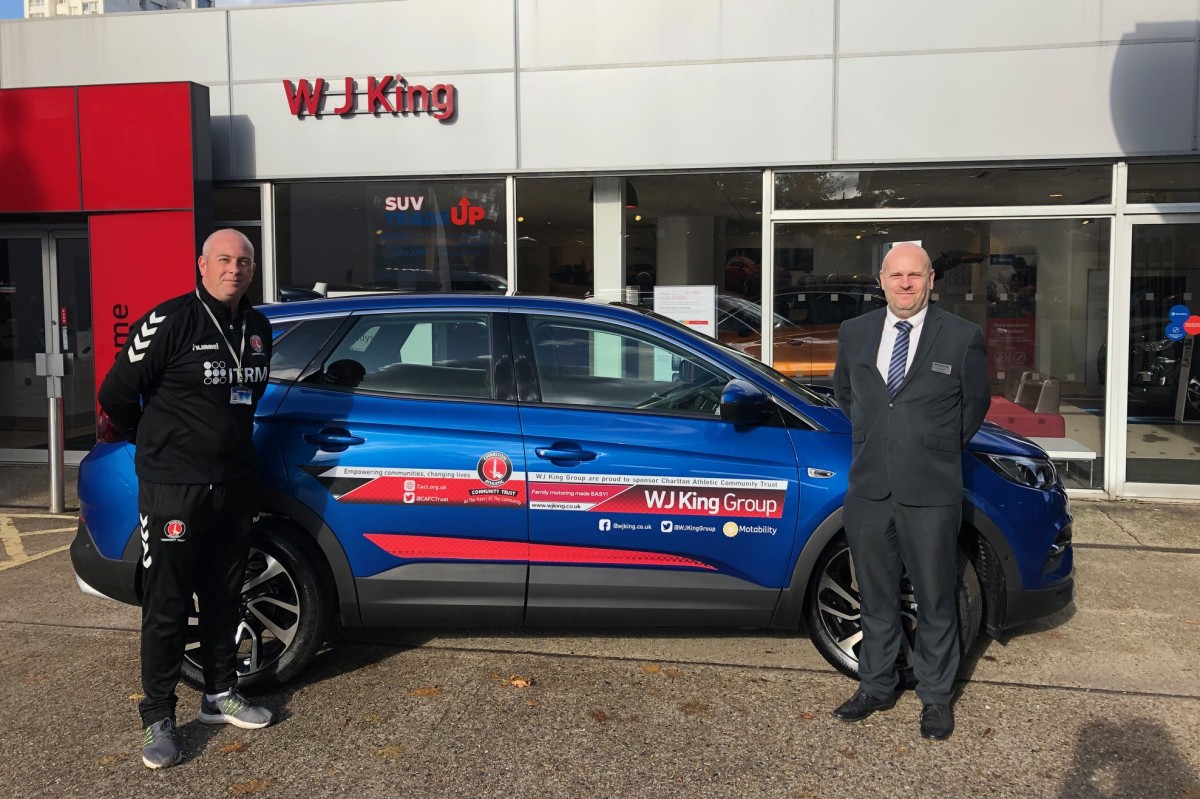 On Thursday 7 November, WJ King saw the start of a new partnership with Charlton Athletic Community Trust (CACT) for a further three years, as part of a long-term partnership with the charity.

WJ King, a family-run business and one of the largest car dealer groups in South East London and Kent, and has provided a car for CACT's Head of Early Help & Prevention, Carl Krauhaus, who oversees CACT's mental health, disability and mentoring programmes.

The car, a Vauxhall Grandland X, was handed over at WJ King's Vauxhall dealership in Woolwich.

"I am very grateful to WJ King for their continued support. I drive to programmes across South East London and Kent every day to reach the people supported by the Early Help and Prevention team. By providing this car, WJ King help us keep our costs as low as possible so we can support as many people as possible."

"We are delighted to be able to support CACT's life-changing work by providing a car for their Early Help and Prevention programmes. WJ King is committed to making a difference in the communities it operates in."

WJ King has also supported initiatives such as the annual Upbeats Walk, where supporters walk from the Training Ground to The Valley to raise money for CACT's Down's syndrome programme.