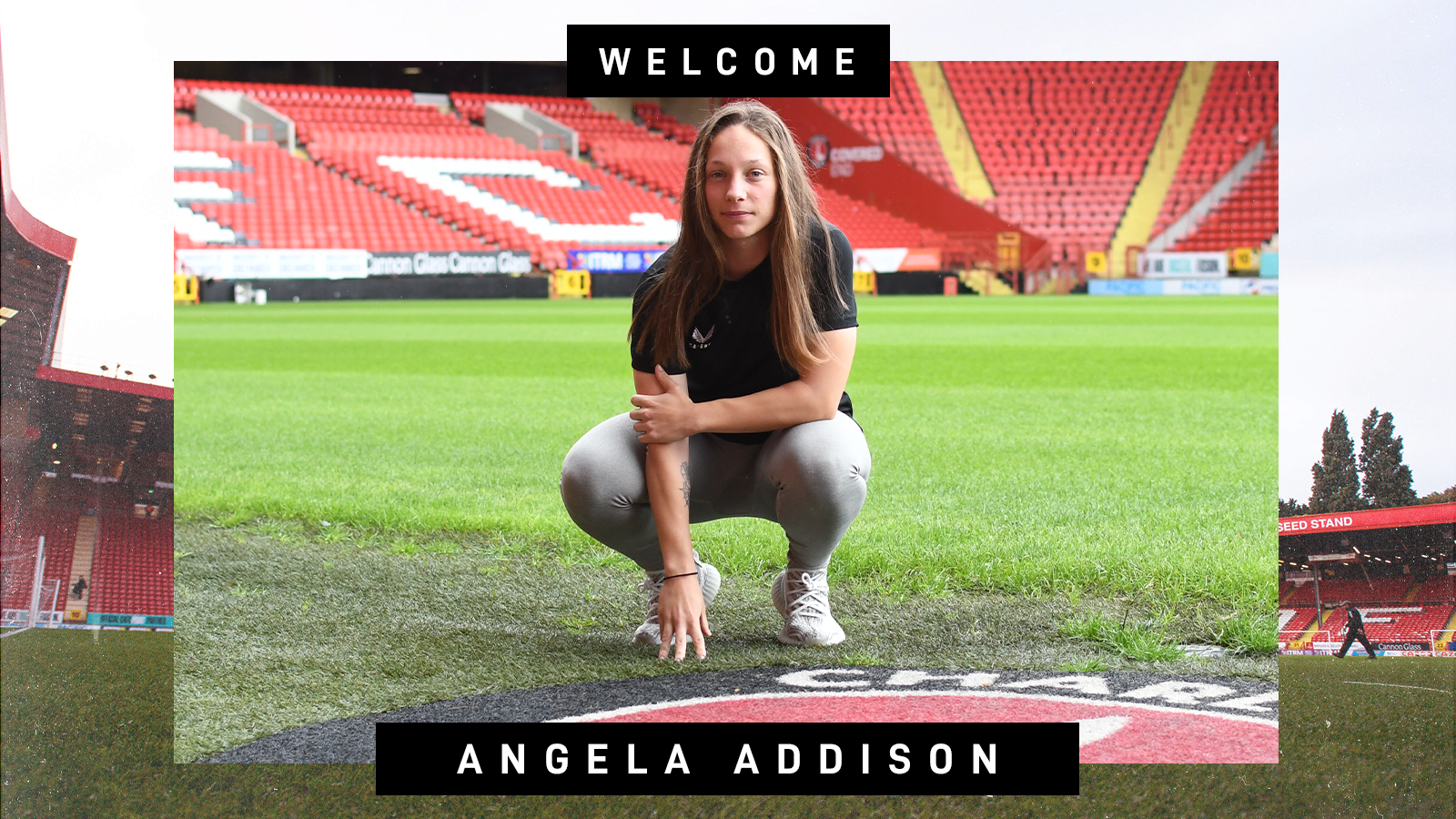 Charlton Athletic are delighted to confirm the signing of forward Angela Addison, who becomes Karen Hills' first addition of the summer.

The 22-year-old, who has put pen-to-paper on a one-year deal with the Addicks, was previously at Tottenham Hotspur, where she worked under Hills. She spent four years with the north London club after signing for Spurs in July 2018.

Addison was part of the 2018/19 Spurs outfit that earned promotion from the Championship to the Barclays Women’s Super League - the top tier of the English game. Charlton’s newest recruit collected another accolade that season, too, having been awarded FA Women’s Championship Player of the Month for February.

The Essex-born forward has also impressed on the international stage, earning her first England U21 call-up in February 2020 before being called up to the Young Lionesses' U23 side in October 2021.

In her first interview with her new club, Addison expressed her joy in signing for the Addicks: "I am delighted to be here, it is a great club with great ambition, and I want to help that grow in the right direction. I am very direct, I am quick and agility wise I am there as well. 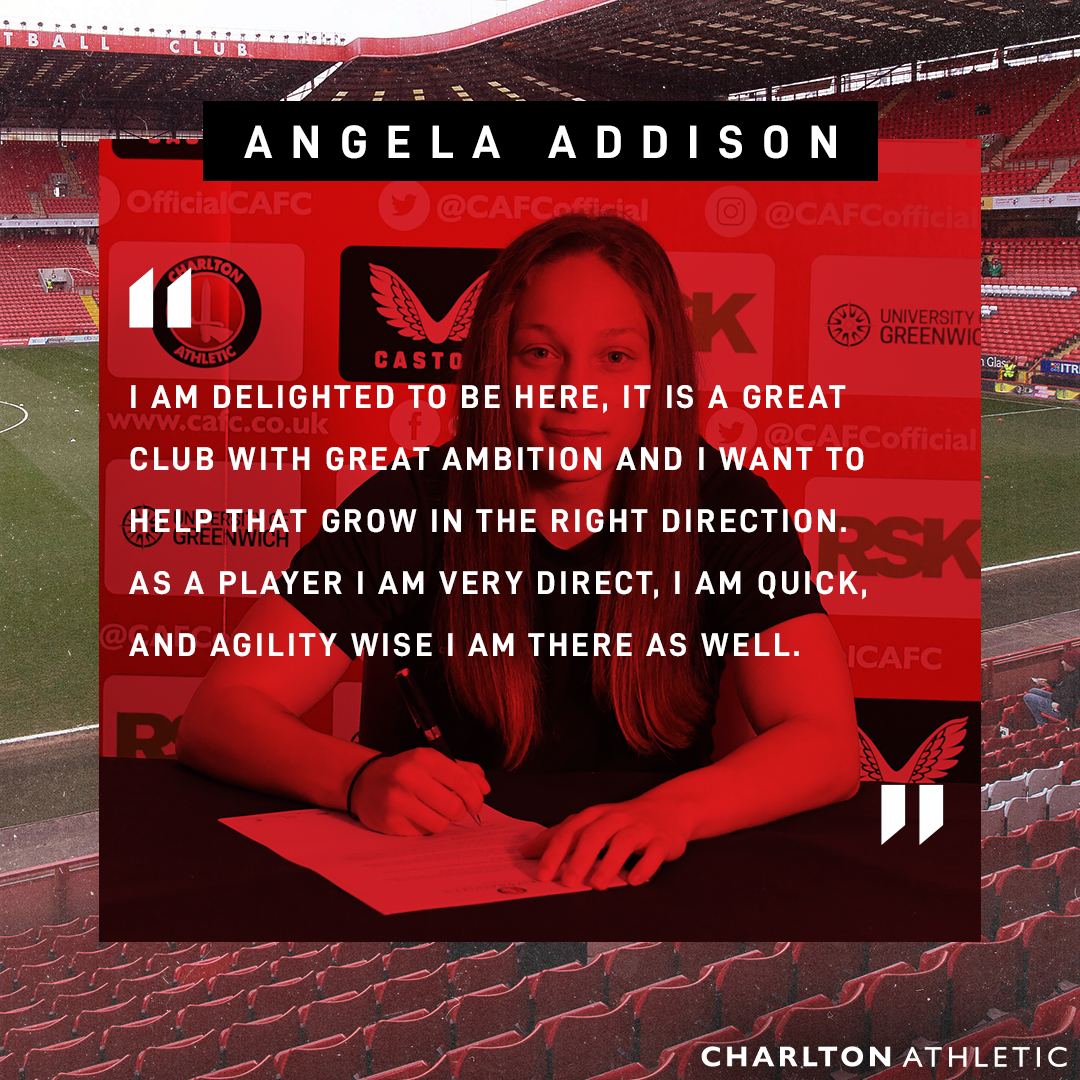 "I worked with Karen for a few years, we did great things and we both know a lot about each other. I am still ready to learn new things."

Head Coach Karen Hills shared her delight of Angela's arrival. She said: "I am delighted to have Angela on board here at Charlton. Having worked with her previously I am well aware of the flair and creativity that she possesses and I am really excited to see how she can help the team move forward into the new campaign." 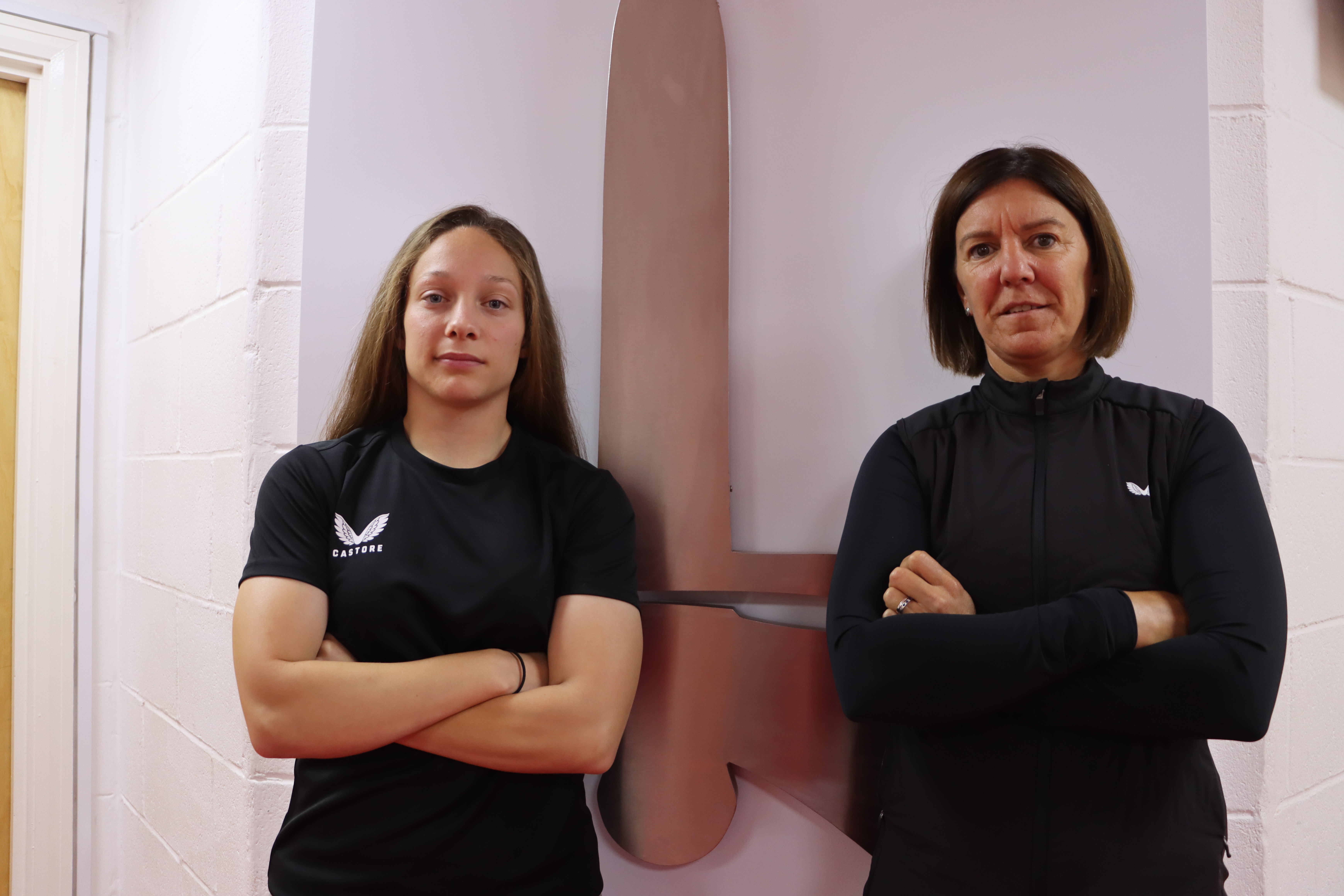 The signing of Angela Addison is subject to FA approval.