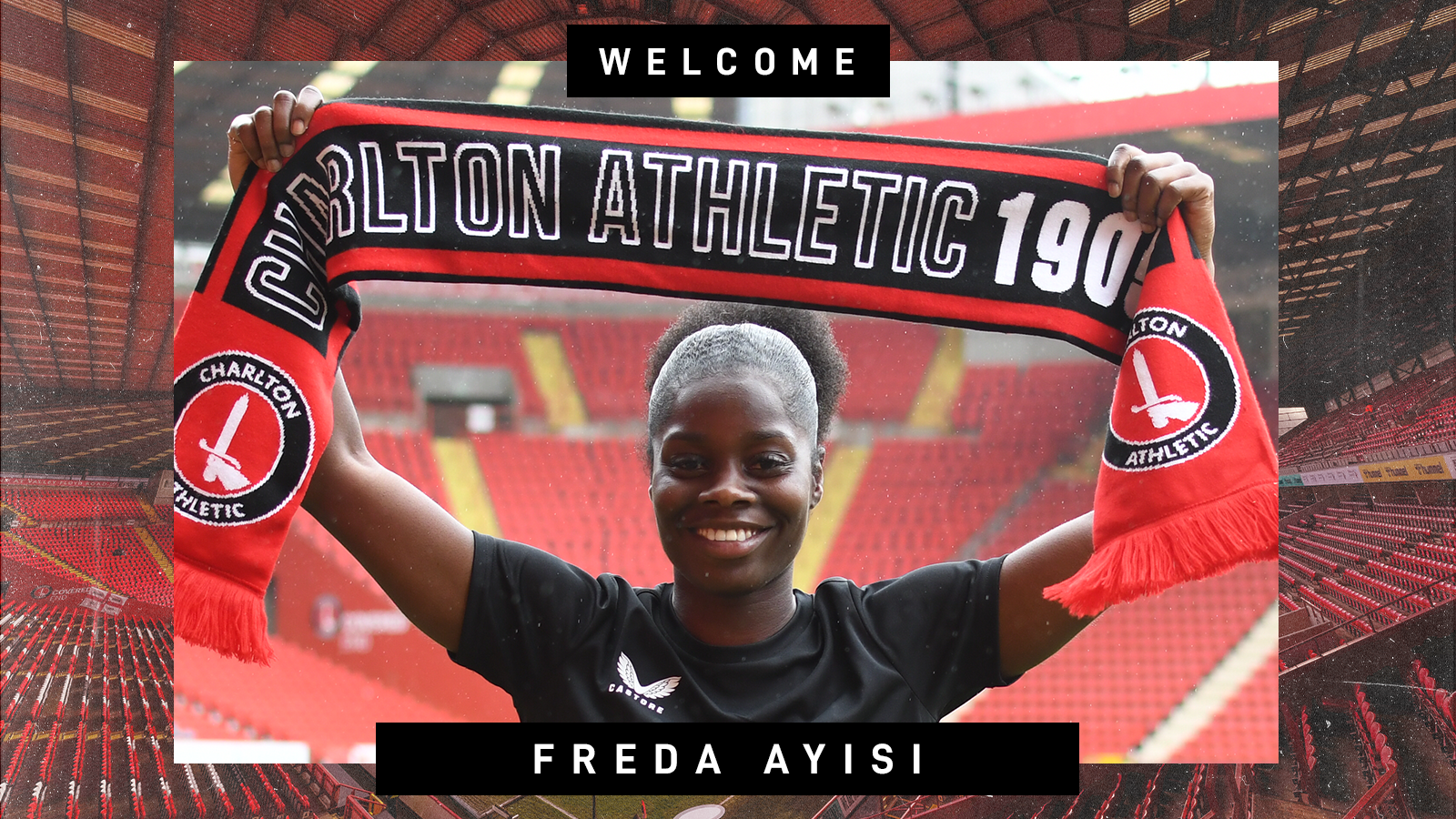 Charlton Athletic are delighted to announce the signing of Freda Ayisi on a one-year deal.

The experienced, talented midfielder signs for the Addicks following her departure from fellow Barclays Women's Championship side Lewes.

The 27-year-old has played for a number of clubs across the country, including Arsenal, Leicester City, Birmingham City and London City Lionesses.

Ayisi has domestic silverware to her name after she won the FA Cup with Arsenal back in the 2013/14 season. Along with her domestic success, Ayisi also has a Champions League goal to her name having scored for the Gunners against Kairat in her debut season in senior football.

Following her departure from Arsenal, the London-born midfielder signed for Birmingham where she went on to make 57 appearances in all competitions during a three-year spell in the West Midlands.

Freda shared her excitement of being back with the Addicks. She said: "I am excited to be back. I was here when I was younger and I have always had a great experience here."

"Whilst I am here I am looking to create, produce goals, assists and just have a good time on the pitch."

Head Coach Karen Hills shared her delight with the news: "I am delighted for Freda to become our second summer signing. She has got a wealth of experience at a number of clubs and I believe she will pose a great threat for us in the middle of the park." The signing of Freda Ayisi is subject to FA approval.