Youngsters take on Charlton players at FIFA in Thamesmead 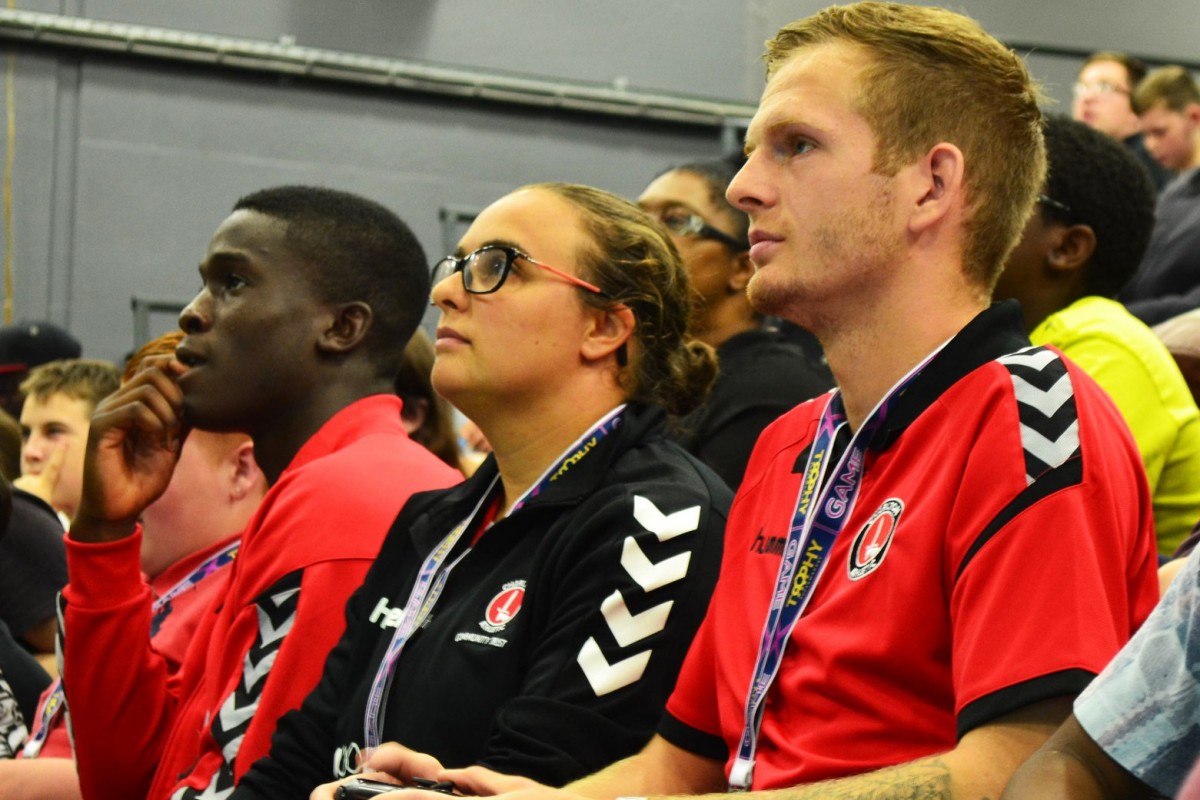 Young people from across South East London attended a gaming festival in Thamesmead this week to try out some of the newest consoles.

VOID Gaming Festival in The Link, a youth and community centre, attracted more than 200 young people per day, with highlights including a FIFA play-off involving Charlton Athletic players, a virtual reality set day and a Rocket League challenge.

Partnered by Charlton Athletic Community Trust (CACT) and Peabody, a London housing association, the festival was hosted by GAME, the games retailer, which CACT linked up with for the first time.

In one of the week’s big events, Kim Dixson, captain of Charlton Athletic Women’s Football Club and CACT’s Bexley Social Inclusion Officer, took on the men’s team’s Archie Edwards at FIFA in front of nearly 100 youngsters.

Edwards then joined team-mate Joe Cummings in playing the two youth champions, to the great excitement of their peers.

An England youth international, left-back Edwards has been at the club since the age of 13, while centre-half Joe joined from Sheffield United in May.

Archie went 1-0 up against Kim within five minutes, firing into the corner from the edge of the box. An excellent move gave Kim the opportunity to equalise on 20 minutes, but she spurned the chance, and was punished, Archie scoring his second just after the break.

A third goal came on 70 minutes to put the game beyond doubt, with a fourth and a fifth following in quick succession to put the icing on the cake although the game wasn’t quite as one-sided as the scoreline suggests.

The youth champions, Dane and Tyler, then took on Archie and Joe. The Charlton pair went 1-0 and 2-1 up but were pegged back twice as the game went to extra time.

Lifted by the crowd, the youngsters were dominant late on, coming mightily close to scoring a late winner. The game went to penalties, the Addicks falling behind early but scoring a Panenka under pressure to stay in the game. Dane and Tyler held their nerve, though, to win tickets for their families to attend a home game of their choice.

“We’re grateful to have had a stand in the main hall, where we’ve been talking to young people all week about youth health.

“We’ve also been speaking to parents looking for physical activity programmes for their children.”