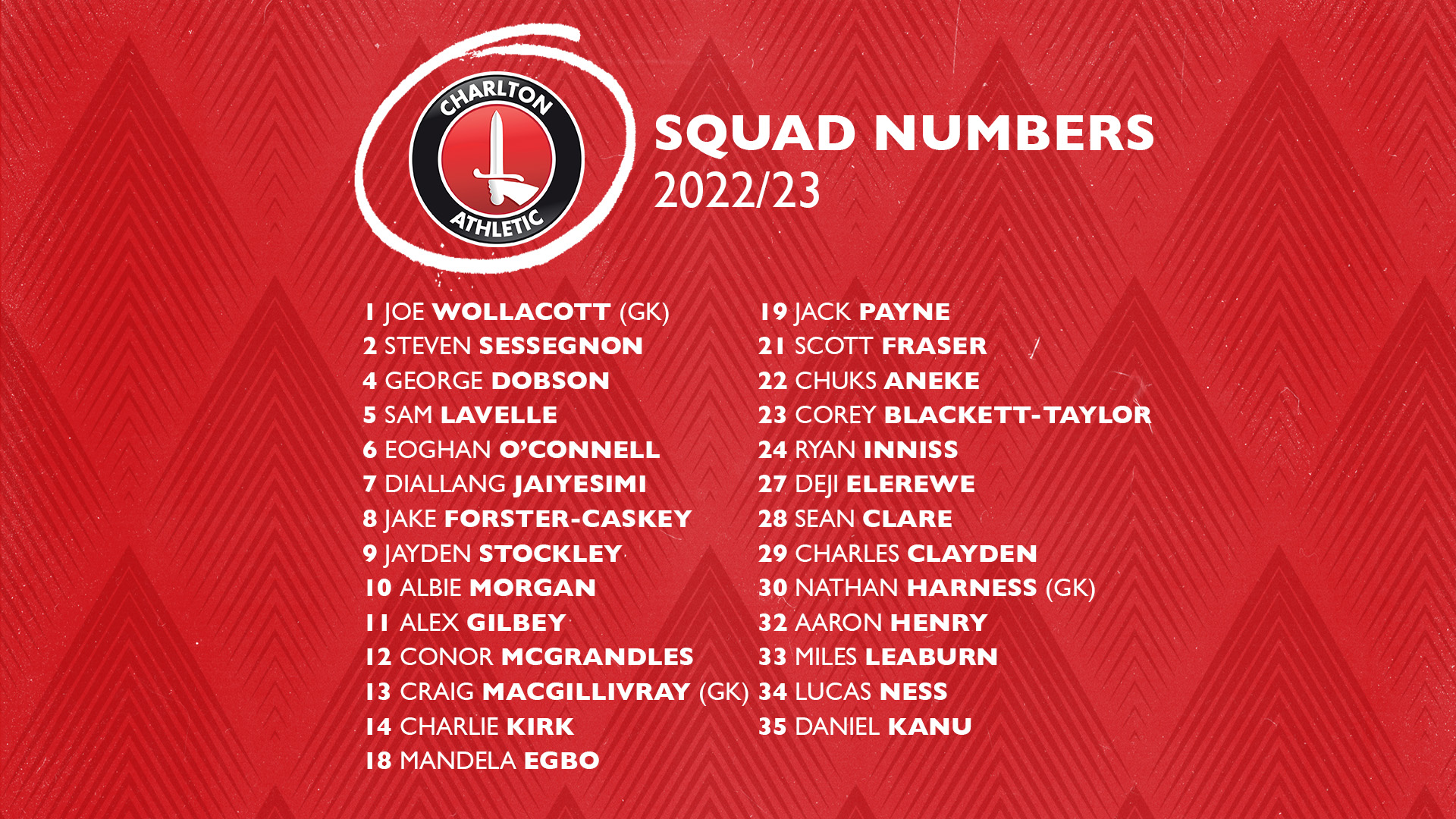 Charlton Athletic’s squad numbers have been confirmed for the 2022/23 campaign ahead of Saturday’s season-opener at Accrington Stanley.

New arrival Joe Wollacott will wear the Addicks’ number one shirt, while Craig MacGillivray switches to 13.

Elsewhere, Sam Lavelle moves from 15 to five and Charlie Kirk has elected to wear the Addicks’ number 14 shirt for the new campaign, switching from 20.

Meanwhile, academy graduates Deji Elerewe, Charles Clayden, Aaron Henry, Miles Leaburn, Lucas Ness and Daniel Kanu, who have all featured for the first-team in pre-season, have been handed 27, 29, 32, 33, 34 and 35 respectively.

Supporters can sponsor their favourite players' shirt for the 2022/23 season and receive a host of perks for doing so. Click here to find out how you can sponsor a player this season.

Meanwhile, the Addicks' brand new Castore home and away shirts are now available to purchase online by clicking here, or by visiting the Valley Superstore in person.