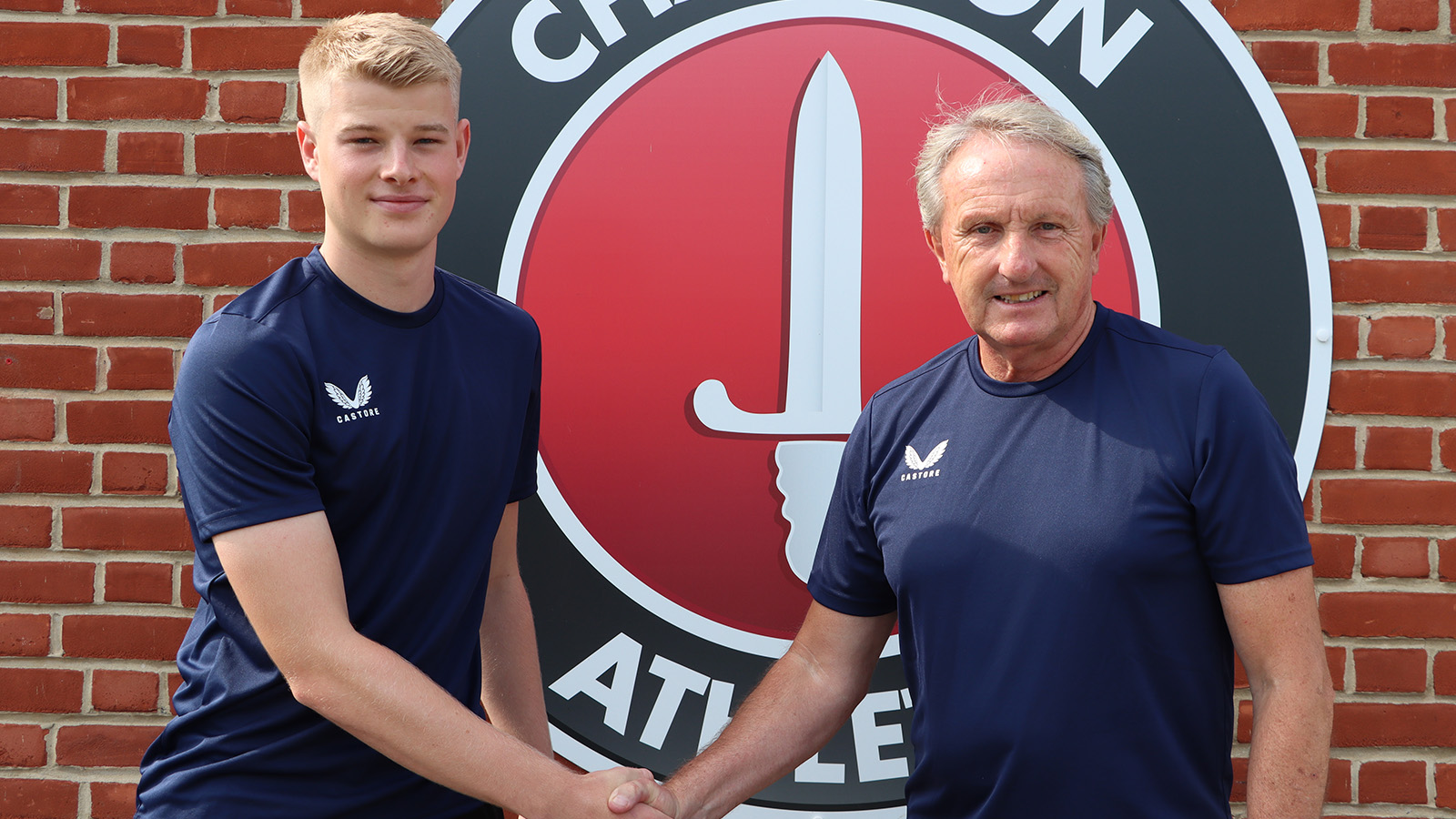 Academy prospect Zach Mitchell has penned his first professional contract with the club.

The centre-back, who joined the Addicks' academy as an U7, has put pen-to-paper on a three-year deal with Charlton having starred for Hamza Serrar's title-winning U18s last term.

Sidcup-raised Mitchell said: “I’m delighted. I’ve been here for many years and I’m excited to continue my journey.

“Obviously my family are all really pleased. My older brother plays professionally and it's been good to have that role model in the family to look up to.

“All of the staff have been really helpful," added the 17-year-old. "They have helped me develop all parts of my game. They have developed me not just as a player but as a person and made me a well-rounded individual.”

Academy Director Steve Avory commented: “We are delighted that Zach has committed his immediate future to Charlton. It is always satisfying when a player comes through from pre-academy to first of all achieve a scholarship and then to achieve a professional contract.

“Zach played most of his schoolboy football as a midfield player and he has shown his versatility by becoming very comfortable in the centre-back position. He has good qualities on the ball, which fits well with the club philosophy of building from the back and he is a very competent defender.

“He had a very good year for our successful U18s side last season and progressed to the U23s during the second half of the season. He is with the U23s now on merit, which is testament to his development.

"He is a very dedicated young man, who wants to listen, learn and improve. He is still only 17 but has the potential to develop given the club's pathway for our young players. ‘