30 years Back at The Valley celebrations planned 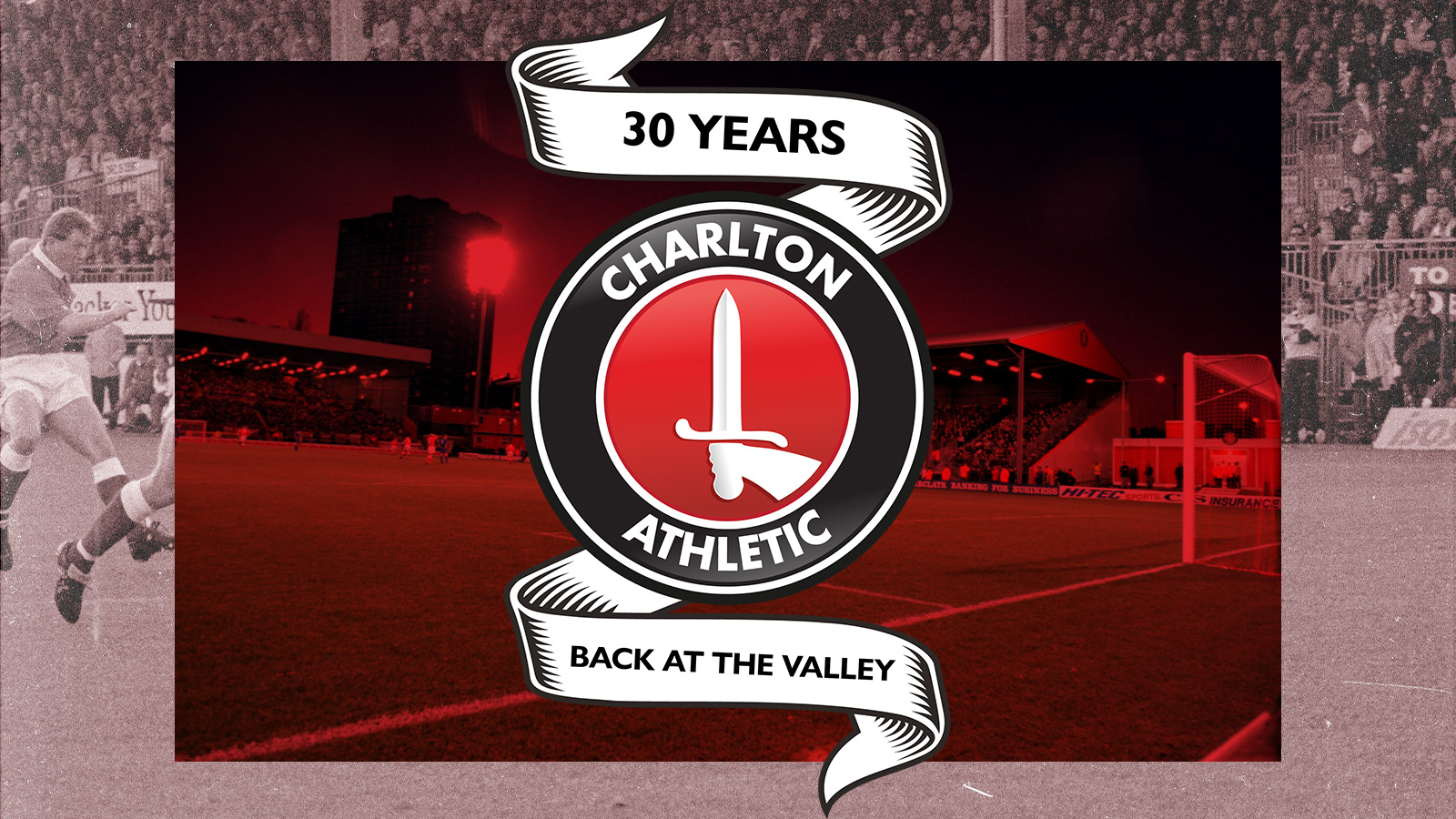 Charlton Athletic will be celebrating the 30-year anniversary of their historic return to The Valley with a number of events planned throughout the upcoming 2022/23 season.

December 5th will mark 30 years since the emotional day in 1992 on which the Addicks came home to SE7 following a seven-year exile, spearheaded by the drive of the club’s passionate supporters.

Colin Walsh scored the only goal of the game as Charlton beat Portsmouth 1-0 on that day and the club will be marking the occasion in style over the coming months.

The home game against Cheltenham Town on Saturday, December 3rd (3pm) falls closest to the anniversary and will see the Valley faithful come together to celebrate, with full details to be confirmed closer to the event.

Meanwhile, the Women’s team game on the same weekend will also see celebrations surrounding the return to SE7 while a legends game is also set to take place at The Valley.

A committee has been set up to oversee and deliver events throughout the season. Chaired by Steve Sutherland, Community Trust Ambassador and a former Charlton Athletic Commercial Director, it includes Fan Adviser Lucy Bishop, club legend Keith Peacock, club staff and Community Trust staff. Details about upcoming 30-year anniversary events will be announced in due course.

Owner and CEO Thomas Sandgaard said: “Since I first became interested in taking over Charlton, it has been really fascinating learning about the history of this club and the impact the supporters have had. The return to The Valley took incredible togetherness, determination and will and it is definitely worth celebrating. The 30 years since have seen some ups and downs and I am hoping we can create some more of the good kind of memories in the years to come.”

The club will commit a proportion of event proceeds to the Community Trust in recognition of 30 years of community work.

Jason Morgan, the Community Trust's Chief Executive, said: “I was at that game 30 years ago and fully aware what it took from the fans in helping the club return to The Valley. This is a special part of the Club’s history and 1992 was also the inception of the community programme at Charlton, which I’m so proud to still be involved with. It was an honour to be part of the calendar of events five years ago to mark 25 years “Back at the Valley” and hopefully this season we can deliver even bigger and better events for everyone to enjoy. Charlton Athletic Community Trust has delivered some amazing and award-winning work over the years and I thank Thomas for donating a percentage of the proceeds from this season’s events to continue to support our work in the local community”.