Addicks make it three in a row at Shrewsbury 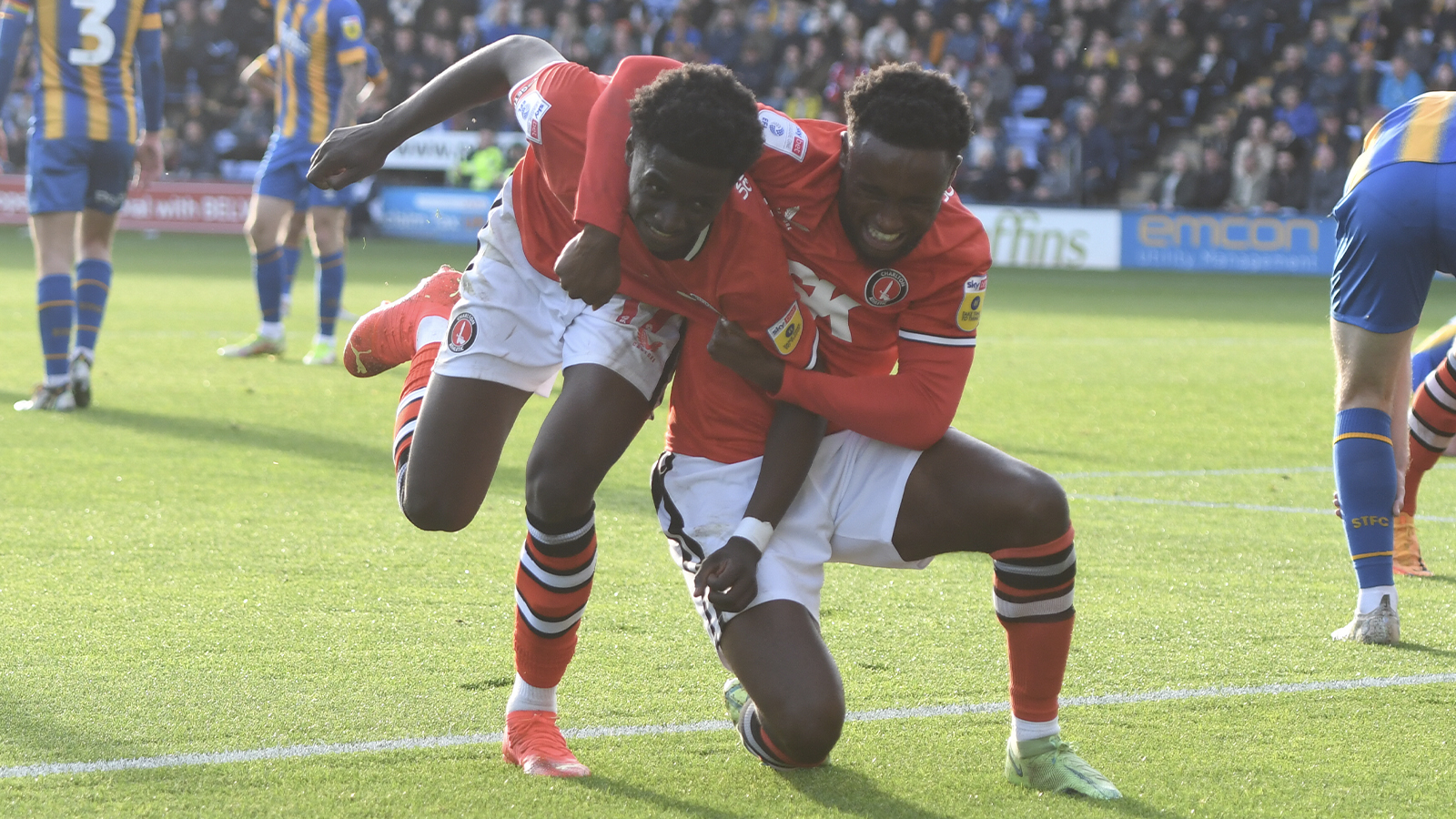 In a game that the Addicks created a lot of chances in, Rak-Sakyi’s close-range 69th-minute finish proved to be the difference between the two sides in Shropshire.

The victory – Charlton's third in a row in Sky Bet League One – moves Ben Garner's Addicks up to seventh in the table ahead of Tuesday’s clash against MK Dons at The Valley.

In terms of team news, Garner made one change from the side that beat Portsmouth so impressively on Monday night.

Corey Blackett-Taylor missed out with what was an enforced change and his absence handed an opportunity to academy graduate Tyreece Campbell.

The 19-year-old, who first joined the Addicks as an U9, started on the left side of midfield as Charlton again lined up in a 4-4-2 formation.

The game’s opening chance fell the way of the hosts. After a deep Shrewsbury corner was nodded back into the danger zone, captain Jayden Stockley was well placed to clear the ball from just in front of the goal-line.

Salop would threaten from a couple of other set-piece situations in the opening exchanges but then, at the other end, the Addicks went close on 17 minutes.

Rak-Sakyi jinked his way beyond three defenders, breaking into the box but his eventual shot was deflected behind by the home defence and the resulting corner would come to nothing.

A couple of minutes later debutant Campbell came close to notching a stunning goal. He cut inside from the left flank before firing a powerful strike goalwards that home stopper Marko Marosi did brilliantly did push away. The loose ball came to Rak-Sakyi but he could only steer his follow up wide.

Charlton could and probably should have broken the deadlock on 33 minutes. A tidy spell on possession inside the Shrews half then saw Eoghan O’Connell put Sessegnon in on the left. His fizzed cut-back landed at the feet of Rak-Sakyi but, six yards out, he couldn’t get the desired connection on his finish and the ball bobbled kindly into the arms of grateful home stopper Marosi.

The Addicks were now well on top and Campbell fired another shot goalwards three minutes later, having been teed up by Charlie Kirk on the edge of box. That effort sailed wide and Rak-Sakyi then did find the net, only for his finish to be ruled out for offside.

Skipper Stockley was next to go close for the Addicks when he glanced a Ryan Inniss knock-back from well-worked corner just wide.

And both teams would have a chance each before the break. Firstly, the hosts’ Tom Bayliss saw a shot well blocked behind by O’Connell before Campbell had the chance to break away from a corner. He reached the penalty area before being snuffed out by three men in blue and amber.

Shrewsbury carved out a great chance to take a lead on 55 minutes. Full-back Jordan Shipley volleyed the ball across the face of goal but his pinpoint cross evaded everyone in the middle.

Rak-Sakyi drilled a strike into the side netting as Charlton worked their way back into the second half with 64 minutes on the clock, and Scott Fraser then weaved his way into the box before seeing a strike blocked.

The game was finely poised heading into the final quarter but the Addicks then broke the deadlock.

Substitute Jack Payne got to the byline and his cut-back was this time buried by Rak-Sakyi. It was the perfect redemption for the youngster who had missed a similar chance in the first period and he was duly mobbed by he teammates as he celebrated.

Chuks Aneke almost secured the points two minutes from time when he got in behind but, from an tight angle, his shot was well saved by Marosi.

A second goal was not required though as the Addicks held on to record their first away league victory of the season.