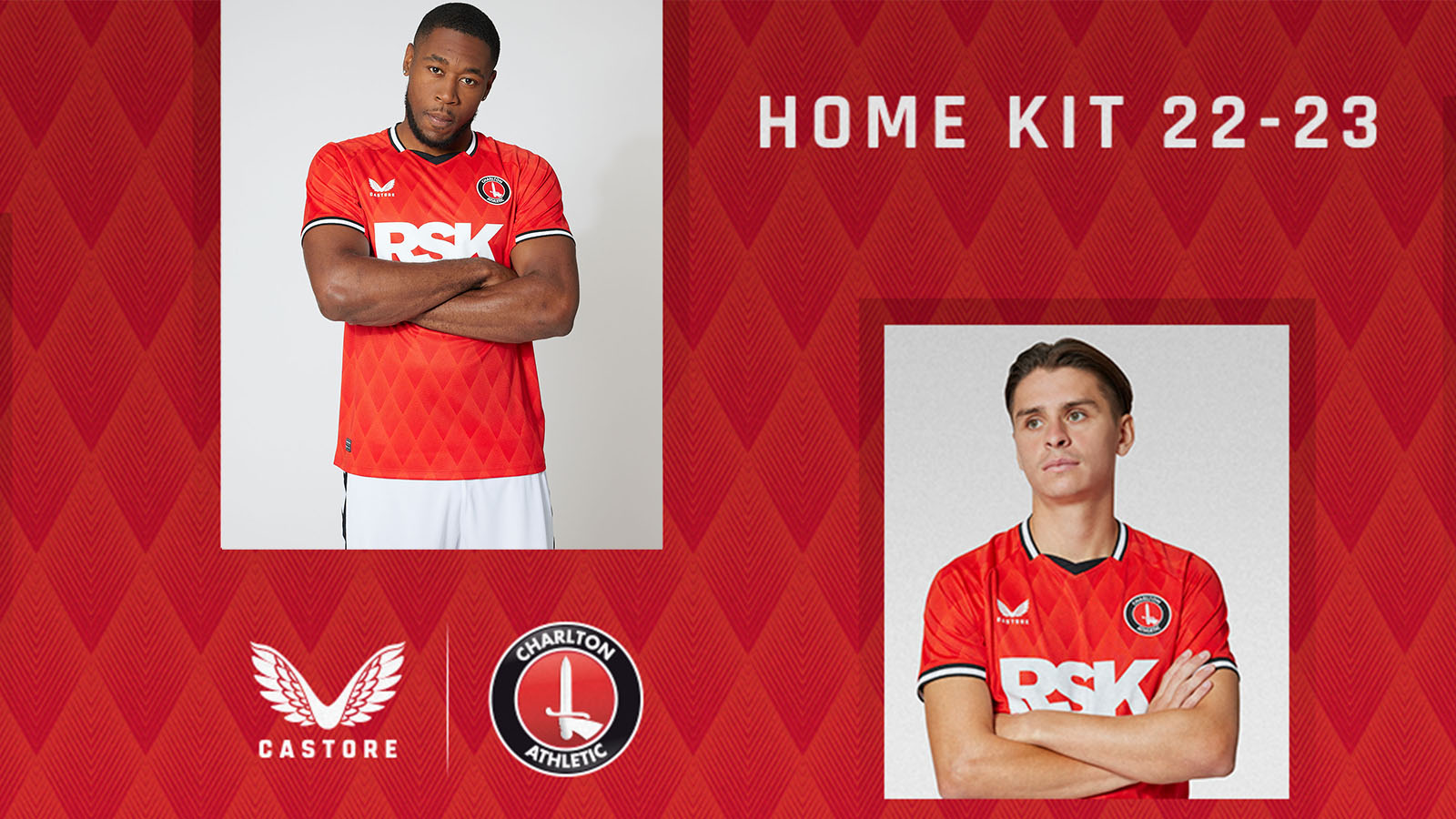 Charlton Athletic have revealed their brand new Castore home kit for the 2022/23 season.

The Addicks and premium sportswear brand Castore agreed a multi-year deal in May and the 2022/23 home strip is the first to be revealed as part of the new partnership.

The new red home shirt features a diamond graphic based on the popular ‘Woolwich’ shirt worn during the 1991/92 season and is complemented by a stylised black and white striped, ribbed collar with a v-neck design and an enlarged striped, ribbed cuff to match.

For the first time, RSK sits proudly on the front of the shirt, while University of Greenwich appears on the back. Meanwhile, the letters ‘UTA’ appear on the back of the neck, which represents ‘Up the Addicks’.

The shirt is paired with white shorts which include two black stripes down either side along with Castore’s winged logo appearing in red.

Finally, the kit is completed by red socks with black and white hooping to match the shirt’s detailing, with Castore’s logo branded on the calf.

The new strip will be available to purchase from the club’s new online shop from Friday, July 1st and will be worn for the first time during the Addicks’ opening pre-season friendly of the summer against Kilmarnock in Spain on Friday morning.

Shorts and socks will also be available to purchase at a later date.

The kit will also be available to purchase in person from the Valley Superstore when it re-opens later in July, with further news to be announced once confirmed.