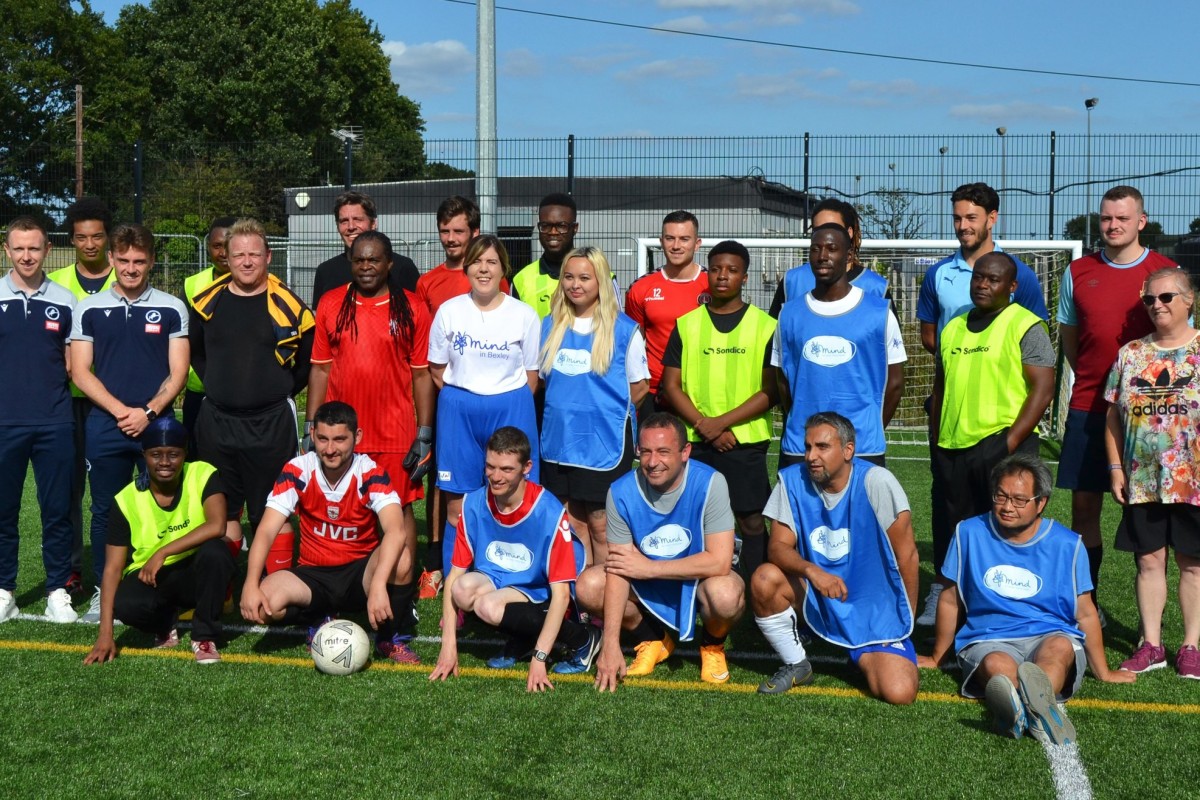 On Thursday 22 August, Charlton Athletic Community Trust (CACT) hosted a football tournament to launch a new phase of a national mental health campaign in partnership with the EFL and Mind.

Get Set to Go aims to help people find the physical activity that is right for them so that they are able to enjoy physical, social and mental benefits from being active.

CACT also has a range of its own mental health programmes such as Up & At ‘Em, run in partnership with Oxleas NHS Foundation Trust, for over 65s with a mental health diagnosis. In July, the project – which involves weekly arts and leisure-based activities to reduce social isolation – won a national award at the Positive Practice Older People’s Mental Health & Dementia Awards.

Additionally, CACT delivers Next Steps residentials for participants at an advanced stage of their recovery from psychosis, and free mindfulness walks in partnership with Bromley, Lewisham and Greenwich Mind.

Speaking at the event, Lewis said:

“Today is about getting people out there playing football, enjoying themselves, playing freely.

“You forget about what’s going on in your life when you’re playing football; you’re just enjoying it.

“We never really talked about mental health [in football] 5 or 10 years ago but it’s definitely growing now. It’s good that people are getting the help that they need.”

AFC Wimbledon defender Will Nightingale and Millwall midfielders Shane Ferguson and Ben Thompson joined the 23-year-old at the event.

“The project is working with Mind locally to bring activity to those that may be suffering from poor mental health within the community.

“We'll be delivering our programme within our local leisure centre. Open referral via the Mind team, it is going to provide a variety of activities for those clients to come and engage with every week.”

Get Set to Go is funded by Sport England and the National Lottery.

“As we move in to Year Two of the Mind partnership, it’s fantastic that the already successful Get Set to Go programme is being expanded due to the work of our Clubs and funds raised by them and supporters throughout the 2018/19 season.

“Using the power of football and the Club badges, the nine new hubs will make a real impact in tackling mental health issues in communities across the UK.”