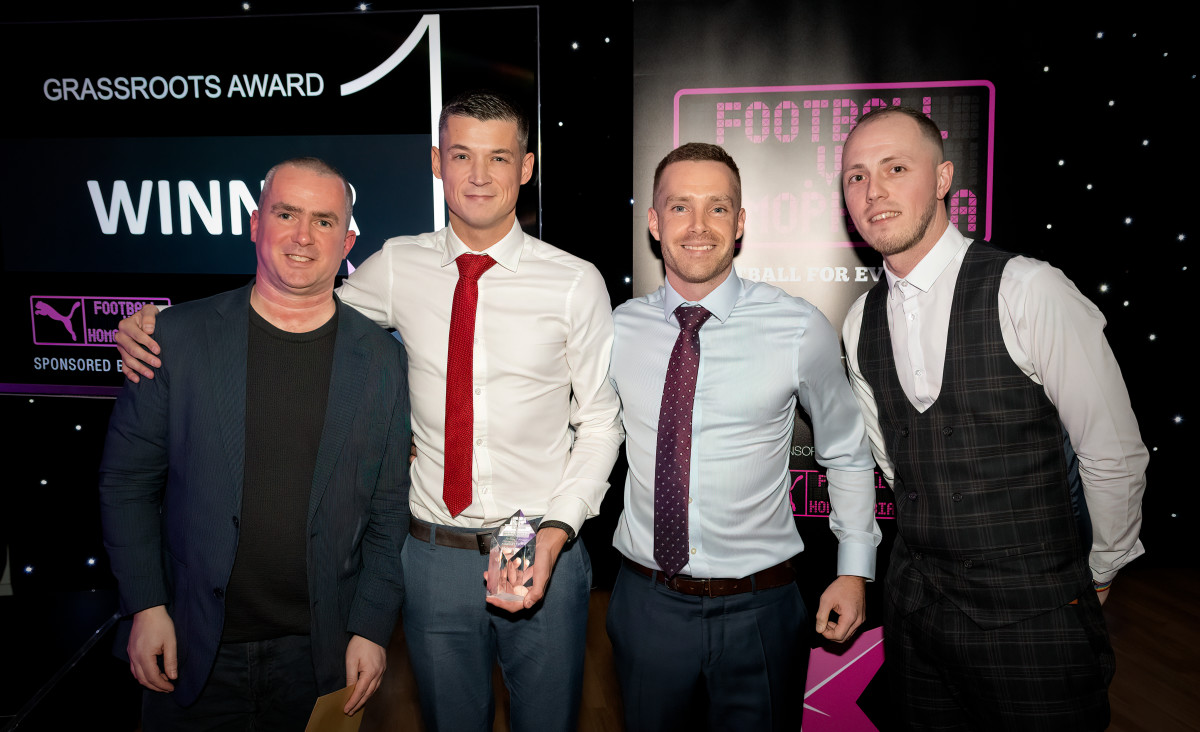 Held at Altrincham FC on Friday 7 February, the evening celebrated the work clubs and community trusts undertake across the UK on tackling homophobia in football.

CACT Invicta were the first LGBTQI+ team to become affiliated to a professional club’s community trust in 2017.

“It is testament to all the hard work we do on and off the pitch to ensure that football is a safe, welcoming and friendly environment for everyone to be themselves.

“The partnership we have with CACT and the support from Charlton Athletic has been pivotal in helping us to better engage with local communities.”

“Everybody should be incredibly proud of the achievements of the club and those connected to Charlton at the awards.

“Historically, the club has always led the way in all fields of diversity and I’m delighted that proud legacy is being upheld.”

“This is a fantastic achievement, and testament to how far CACT Invicta have travelled since first affiliating. There is an incredible amount of hard work that goes on behind the scenes, and this really does recognise the dedication of all those involved.

“Gary and Sam have been instrumental in driving the team forward, and both the Club and CACT are committed to working closely with them to ensure we continue to raise awareness and understanding of LGBTQI+ issues across football and wider society too.”

CACT Invicta will be present on the day, which the Club will look to use to raise awareness on the importance of tackling homophobia in football.