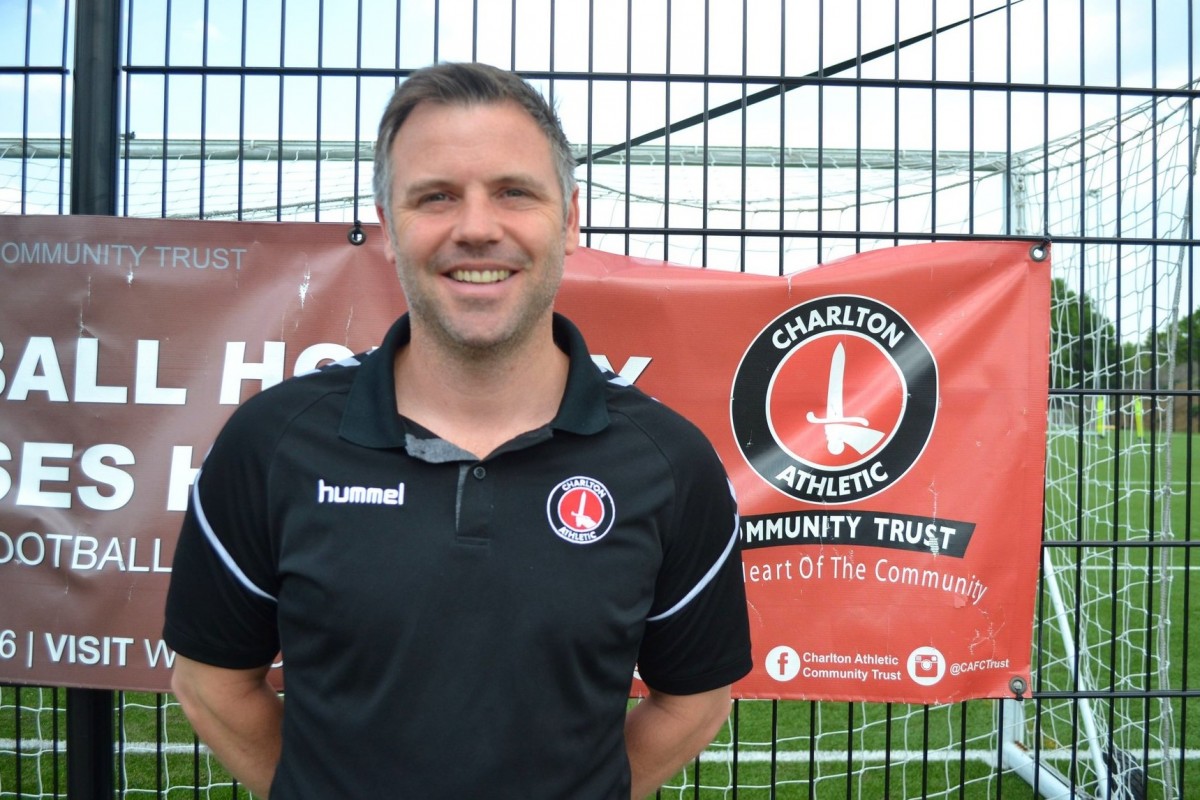 A senior Academy coach has discussed his path into elite coaching after working on Charlton Athletic Community Trust’s (CACT’s) football courses while studying at the University of Greenwich.

He started out coaching in the United States before enrolling as a mature student on the University’s Physical Education and Sport (BA Hons) degree programme aged 25.

With CACT a long-time partner of the University, he decided to get involved in a number of its programmes alongside his studies, coaching part-time in schools and after school clubs, and also on holiday football courses and Charlton Challenge sessions for five to 12-year-olds.

“My progression from there was quite rapid, having then been promoted to an Academy age group coach and then finally into full-time employment with the Club and my current post as Foundation Phase Lead Coach 7-11.”

“David is a great example of how effective the partnership between Charlton and the University is. It is our desire to provide our students with valuable employability opportunities throughout their study.

“In David’s case this not only helped him supplement his income whilst he studied but it also complemented his degree studies and led to full-time employment with a professional football club.”

“David epitomises the partnerships between the Club, the University and ourselves, and the emphasis on employability.

“Gaining grassroots experience on CACT’s football courses and combining part-time coaching work with his studies at the University, he has gone on to great things within the industry and is a brilliant role model for young people starting out as coaches.”

CACT’s partnership with the University includes a two-year Foundation Degree in Community Sport, a jointly-funded PhD post and a joint schools project.

CACT offers a number of additional volunteering opportunities to Greenwich students, while the Club regularly works with those on the Greenwich Bright initiative to produce video content on matchdays. All joint programmes look to support recruitment, boost employability and add value.