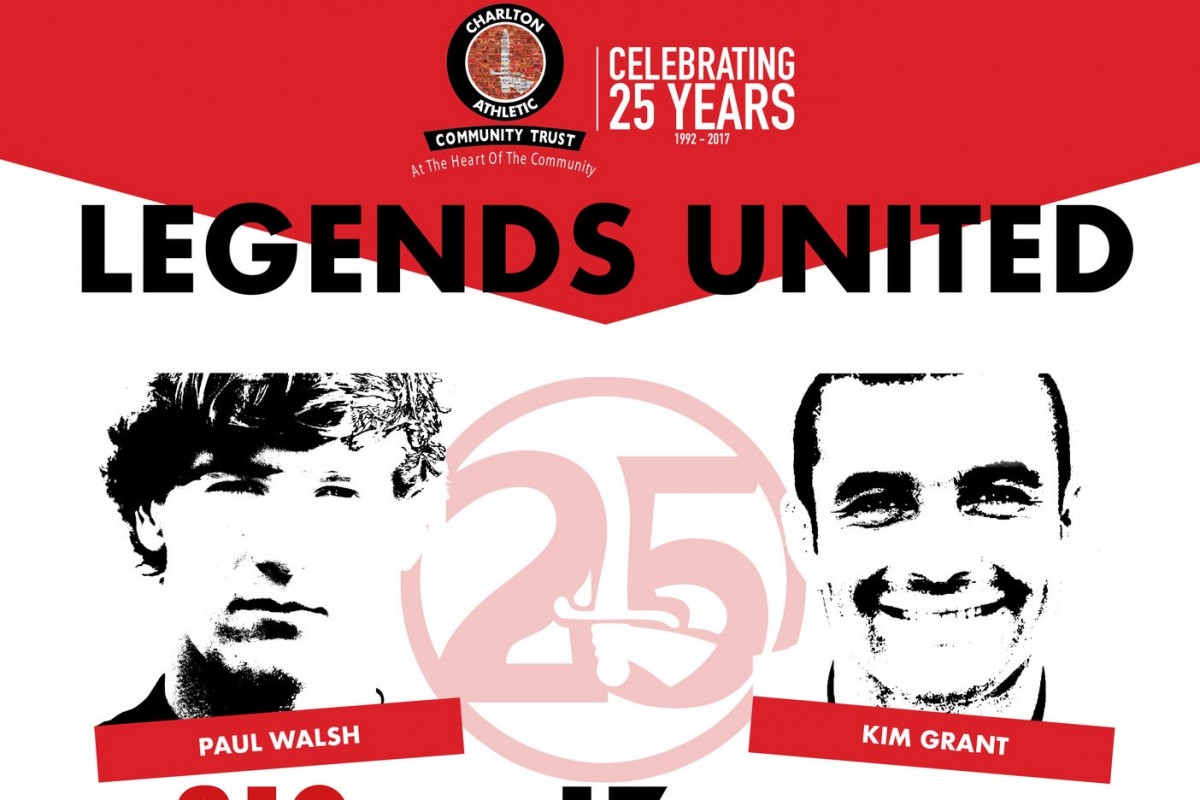 Kim came through the Academy and played 123 times for the first-team between 1991 and 1996, including a substitute appearance during the 1-0 win against Portsmouth in December 1992.

The Ghana international, who scored 24 goals for the club, will be travelling all the way from Bangladesh, where he is Head Coach of Saif Sporting Club in the Bangladesh Premier League.

Born in Plumstead, Paul started his career with the Addicks, making his first-team debut as a 16-year-old in September 1979. After partnering Derek Hales up front the following season, he stayed at the club until 1982.

He played in the back to The Valley game 10 years later, but for Portsmouth.

The England international also represented Tottenham Hotspur, Manchester City and Liverpool, who he won the First Division title with. He now works as a pundit for Sky Sports.

Keith Peacock, the club ambassador and one of the Legends United managers, said:

"Two striker confirmations here, one being Kim Grant coming over 5,000 miles from Bangladesh to support this day, a bit of a change to the 50 miles he used to travel from Brighton. This shows the type of spirit building around this charity event.

"He will be remembered fondly by Charlton fans for his two goals at The Den when we last beat Milwall at their place", he added, referring to Kim's brace in a famous derby win in December 1995.

"Another ex-striker coming is the exquisitely skilful Paul Walsh who is able to play on a technicality; although he played for us in the 80s, he played against us for Portsmouth at the back to The Valley game in 1992 – always a great favourite with the Charlton crowd as a young professional."

Tickets, which cost £10 for adults and £2 for U11s, are available here for the game on Sunday 17 September.

All proceeds from the event will be going to Charlton Athletic Community Trust to fund its work at the heart of the community in South East London and Kent.