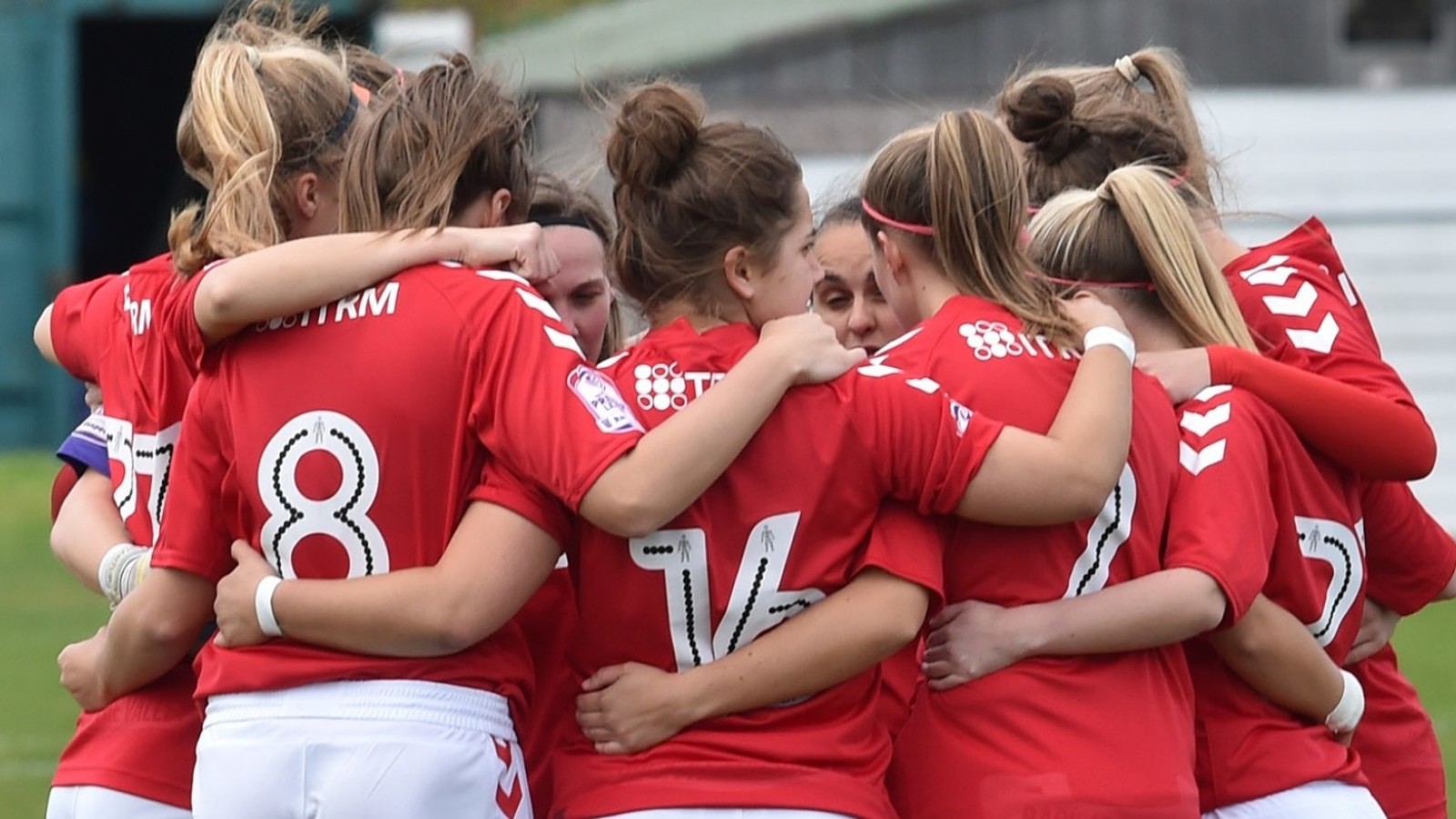 On the pitch, the Addicks are the only non-Women's Super League side left in the FA Women’s Cup and have a huge quarter-final matchup against full-timers Arsenal on Sunday, March 18th. Off the pitch, the club are applying to join the new FA Women’s Championship, the second highest professional tier in the recently-rebranded league structure.

The Women’s team currently sit third in the Women’s Premier League South table and have three games in hand over first-placed Crystal Palace who are just two points ahead.

From next season, women’s football in the UK is restructuring and Charlton are bidding to be part of the new-look Championship. If the bid is successful the club, who play a minimum of two games a year at The Valley, will be a semi-professional outfit within the second tier of the women’s football pyramid.

Highlights of every Charlton Women’s team game are available for free on Valley Pass, the club’s on-demand video and audio subscription service. The Women play a minimum of two home games a year at The Valley, with last October’s match against West Ham United live-streamed on the club’s Facebook channel to an audience of more than 6,200.

Manager Riteesh Mishra said: “You look at the staff we’ve got, both the calibre in staff and the personnel in staff, the players we have, the background we have and the journey that the club has been on over the last five, six, seven years. We are one of the biggest names in women’s football. We have had to rebuild for a significant period of time but I genuinely think that we have everything behind the scenes to go and compete at a higher level, that’s why we’re putting the bid in. You look at the integration with our men’s setup. We use the same facilities, we have access to all the men’s resources and that helps us as coaching staff but, ultimately, helps the players progress.”

Chairman Stephen King said: “Over the course of recent seasons, we have demonstrated that our club is sustainably managed, funded and equipped to allow us step up to a higher level of football within the Women’s Pyramid. Recent new partnership agreements have demonstrated that we have the necessary support from key organisations such as Charlton Athletic, our award-winning Community Trust, and the University of Greenwich.

“Corporately and financially we are convinced that we meet, and in many cases exceed, FA requirements. Our training facilities are among the best available, and the team responsible for physiotherapy and fitness have state-of-the-art equipment and expertise. We have great coaches and a settled, successful group of players.

“This year has seen a step change in the relationship with the men’s club and most notably in the extra media coverage we have been able to secure. The progress in this regard will continue and we will strengthen the link between women’s team and men’s team at Charlton Athletic.”

Addicks’ first-team Manager Karl Robinson said: “There has been a massive swing in the support this football club shows the women’s team, even just things like wearing the same kit and training at the same facility. These are things that are invaluable for the development of that team. Hopefully as a football club we can take it to that next level now with maybe going up a tier.

“I’ve got an 11-year-old daughter who is so in love with the game and she plays in a junior team and I understand the importance that some of these young ladies have as role models. Fara Williams is the one who my daughter looked upon as a young girl, so she had a role model to aspire to be as good as. It’s nice that the generation of players in the young girl’s teams that we have here have role models and people aspire to achieve the same things.”

Charlton Athletic Community Trust CEO Jason Morgan said: “CACT has supported the women’s team for many years and looked to help with the development of young players. We are delighted to have current captain, Kim Dixson, as part of our full-time staff who is a credit to the team and such a positive role model in the communities she works.”