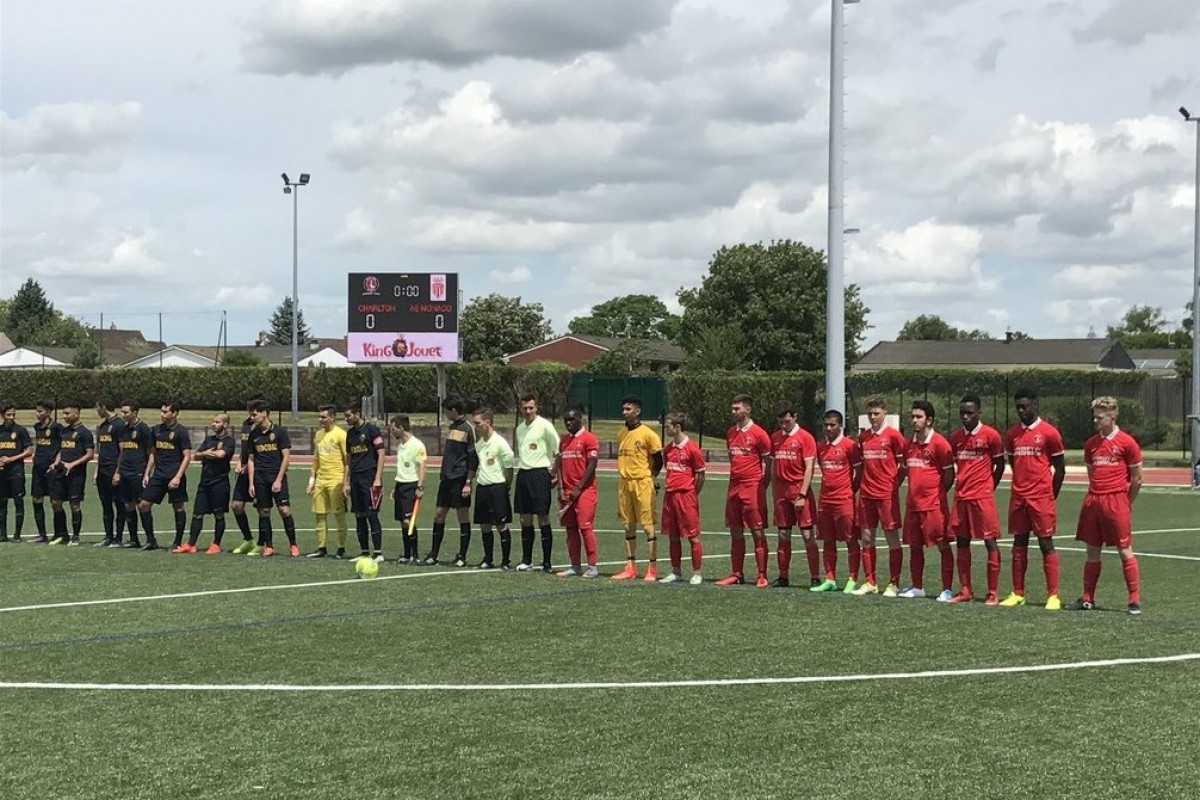 http://www.cact.org.uk/post-16-academiesA Charlton Athletic Post-16 Academy team took the Eurostar into France this month to play in a FIFA-accredited U17 tournament in Le Havre, in Normandy.

Led by Charlton Athletic Community Trust (CACT) Head of Football and Sports Development Sean Daly and coaches Jack Deans and Vince Lee, a group of 14 teenagers made the trip across the Channel for games against academy teams from some major European clubs, including AS Monaco and Dynamo Moscow.

The eight-team tournament gave Charlton’s youngsters the opportunity to play 11-a-side football on the high-quality facilities of the Stade Maurice Baquet in front of hundreds of spectators. Now in its 27th year, the tournament is very well-known locally. One game was attended by more than 1000, including the mayor of Le Havre, who met the Charlton team.

Held from 3-5 June, the tournament was won by Hamilton Academical for the second year running, with Leicester City having been champions in 2015. The Addicks faced Hamilton in their opening group game. Matches involved 20-minute halves.

The team enjoyed excellent on-site accommodation throughout the five-day trip, and got to know a number of the other teams, socialising after games.

“The group was remarkably well-behaved throughout the trip and took part in very competitive games. They scored the quickest goal of the tournament, after one minute and 53 seconds against Djunaska Streda (Slovakia), and changed kits with the Dynamo Moscow team after their match.

"They were deserving winners of the tournament’s Fair Play award. It was a privilege to take them to France for such a successful visit.”

The Post-16 Academies are for boys and girls aged 16-18 who are looking to combine playing football to a high level with learning. Those involved take part in a free full-time education and football development programme lasting two years at various colleges across London and Kent. Trials take place every few weeks. Details are available here.