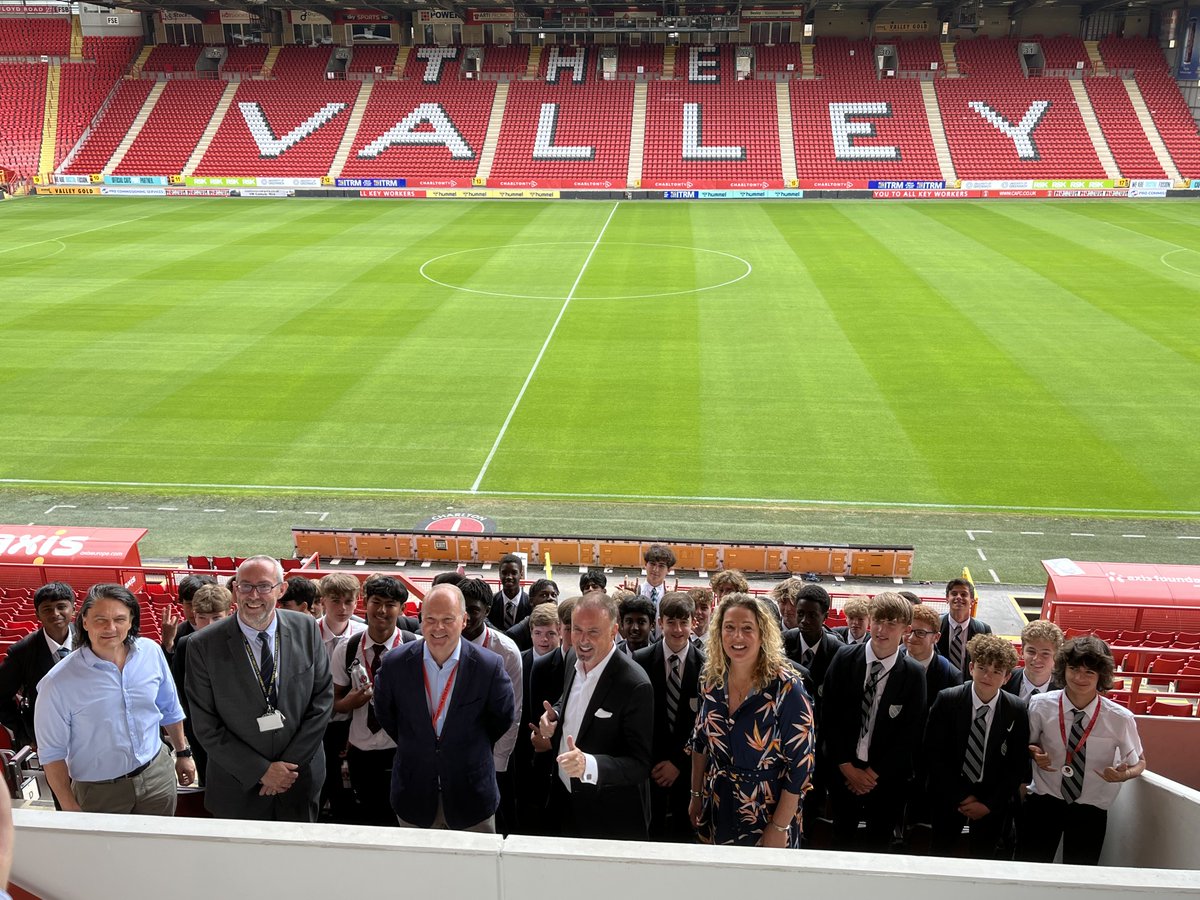 The students were tasked with designing a new Charlton Athletic kit in just three days as part of an enrichment week.

For the first two days the young people got into groups of five to start brainstorming ideas, researching previous kits for inspiration and mapping out their designs.

On the final day of the project, the groups faced an expert panel of dragons from across the Charlton Family. Designs were presented to Owner and CEO Thomas Sandgaard, Head of First Team Player Care Tracey Leaburn, club and Community Trust Head of Equality, Diversity and Inclusion Dr Michael Seeraj and Community Trust Ambassador and former club Commercial Director Steve Sutherland.

The winners based their design around new club sustainability partner RSK, a global leader in the delivery of sustainable solutions. They chose a green and white design to represent the club’s environmental commitments, with their design intended to be made from 90% recycled plastic.

They also paid homage to Charlton fans by displaying silhouettes of supporters on the back of the shorts.

Heather Vernon, The Norton Knatchbull School’s Head of Careers, said:  “We were incredibly lucky to be able to partner with CACT and the Club to help deliver and support a programme for 40 students to design and create a new kit.

“Each group presented to a panel of judges at The Valley which even included the Club's owner! Students were given an amazing opportunity that both enriched and supported skills such as public speaking, research methods, financial planning, and design.

One student added that this experience helped them to “be more confident and work as part of a team”.

Sandgaard said:  “It was wonderful to see the young boys from Norton Knatchbull having designed a third kit for Charlton, I was very impressed by seeing how much research they had done in such a short time of three days. We saw some brilliant designs but also well thought out plans for how to market and sell the shirts.

“It is very important, we have a massive catchment area around South East London, all the way down to the coast. We need to get out more in the community to promote the Club, this is just one of many things we can do.”

Leaburn said:  “I absolutely loved it. The time and research that they have taken for these projects has been really shown.

“For three days what they did as a team, the amount of thought and research that went into it, I was really impressed. I honestly really enjoyed the day and seeing these young players, our new generation, coming up with ideas for our football club’s kits.”

Sutherland added: “It was tough, there was some quality there and the two we chose as the finalists especially put an awful lot of thought into it – the kit designs were particularly commercial and you could actually wear them. They had done so much research into RSK and incorporated that into their design.

“These pupils are the future of the club. Charlton over the years lost a whole generation when we moved away and this year being the 30th anniversary of coming back. We got those fans back from working with the schools and getting the youngsters back involved with Charlton. I think over the years where we dropped from the Premier League it is still vitally important that we reach out, there weren’t too many hands up as Charlton fans but I think there might be now after today.”

Click here to find out more about the Community Trust’s work in schools. For more information about its career-focused initiatives, please email Matt.Faithorn@cact.org.uk.