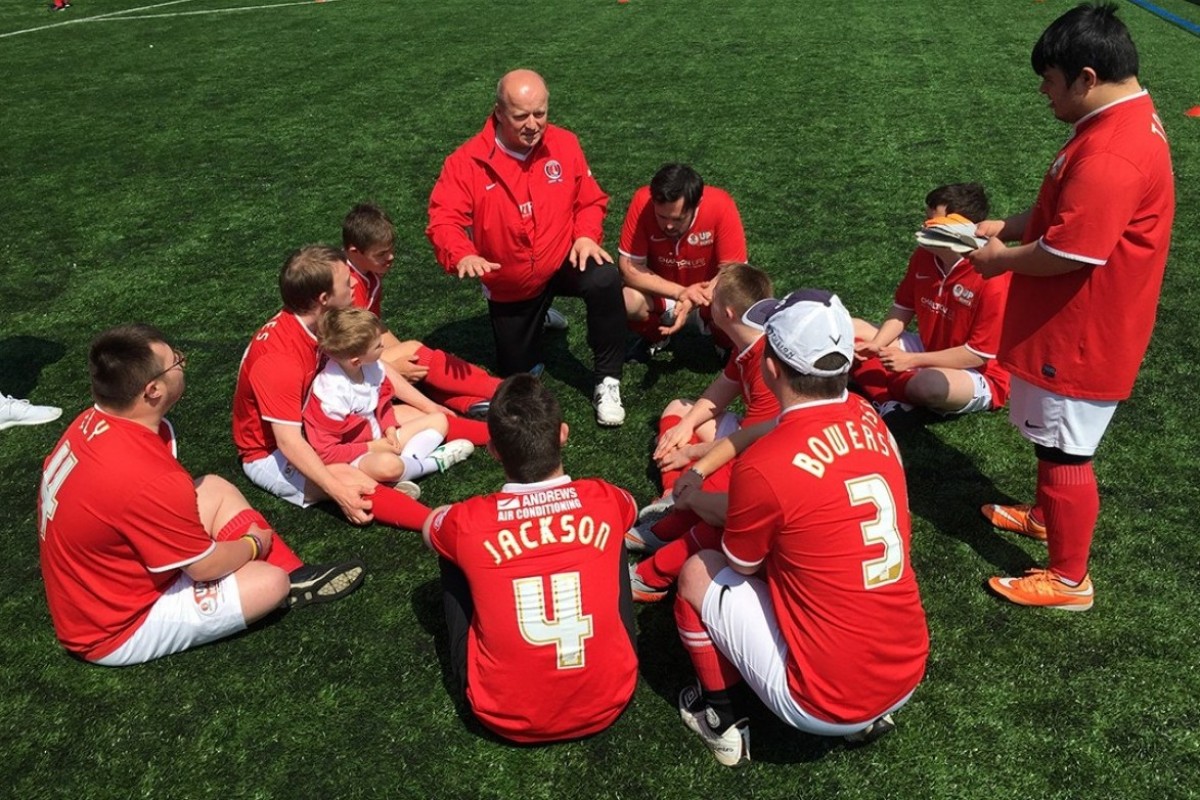 Two Charlton Upbeats teams head off to Belfast this week to play in the George Best Community Cup. The Upbeats make the trip fresh from winning the DSActive National Tournament, and will be hoping to continue their excellent form.

A five-a-side tournament hosted by the Irish FA, the Community Cup will comprise more than 60 teams from across the UK. 11 Upbeats will be taking part thanks to money generated from Charlton Upbeats Day on 8 April – which raised more than £27,000 – and a donation from Welling United Community Trust.

Flight costs were covered by Jim Dean, Welling United’s Community Officer, a long-time admirer of the Upbeats who has coached some of their players in the past.

The Upbeats will be spending three nights at La Mon Hotel, which regularly hosts the Northern Ireland national squad.

Other teams taking part come from a mixture of adult centres, disability football clubs and disability organisations. They will comprise players with a learning and/or physical disability and/or sensory impairment.

Thursday will consist of grading, with teams being assessed in games to make sure they compete at the right level on Friday, competition day.

The tournament format involves a group stage followed by knockout games. Last year, a 1-1 draw with the eventual tournament winners denied the Upbeats a place in the knockout rounds.