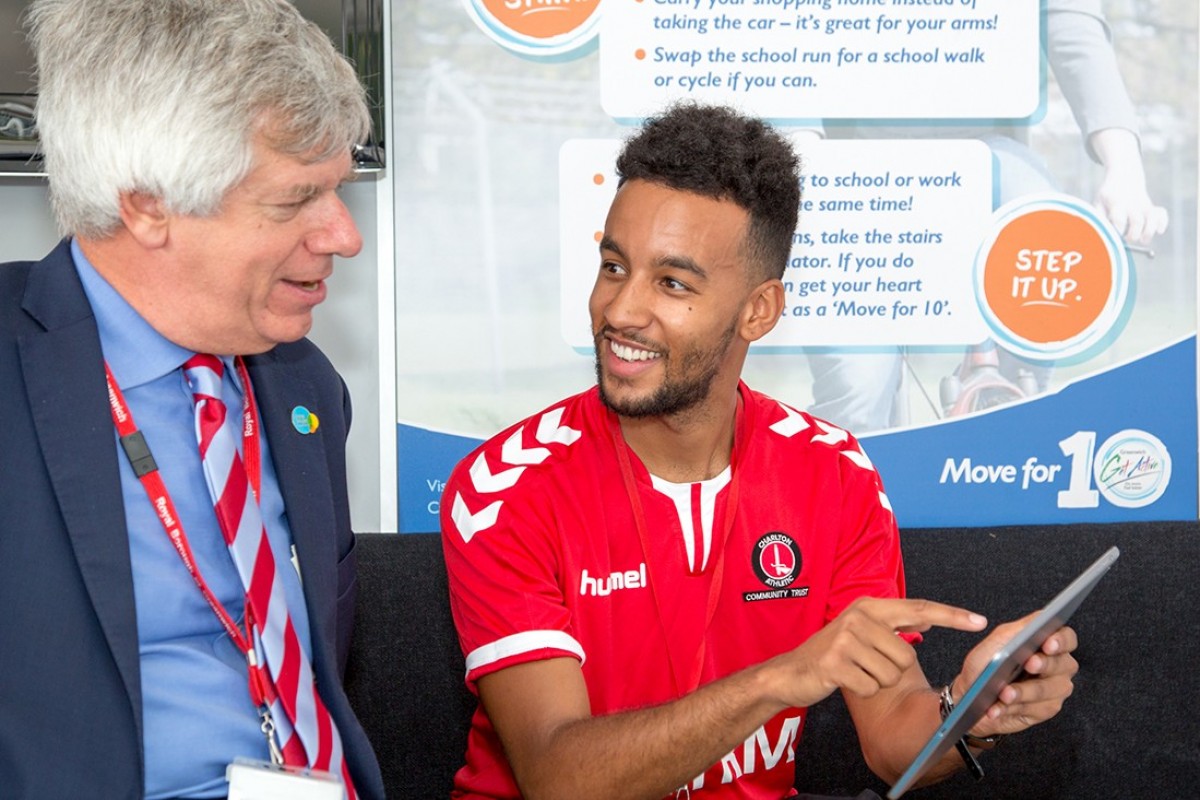 The launch was attended by Cllr David Gardner, the Borough’s Cabinet Member for Health and Adult Social Care, with CACT staff promoting the Get Active scheme to help Greenwich residents be more active and feel better.

GGA mobilises a large number of local organisations and people to support and promote the get active cause.

CACT liaise with local organisations and providers to keep their physical activity sessions up-to-date on our website and deliver workshops and presentations to community groups and stakeholders.

CACT’s Head of Health Improvement, Deb Browne said: “We are really delighted with the response from public to the GGA Move for 10 Road Show so far.

The staff are really looking forward to touring the borough over the coming weeks, so if you see the team out and about pop on board and have chat.  There are competition prizes consisting of a family season ticket kindly donated by Charlton Athletic  F.C.

A 6 month gym membership donated by Greenwich Leisure Limited and a weekly prize draw of a free session on one of CACT’s  Summer football courses in Royal Greenwich.”

The event was also the first outing of CACT’s new kit, supplied by Danish sportswear manufacturer hummel. CACT staff will be wearing the kit as they deliver across South East London, Kent and beyond as part of Charlton Athletic’s new five year kit deal.

Click here to find out more about Greenwich Get Active.