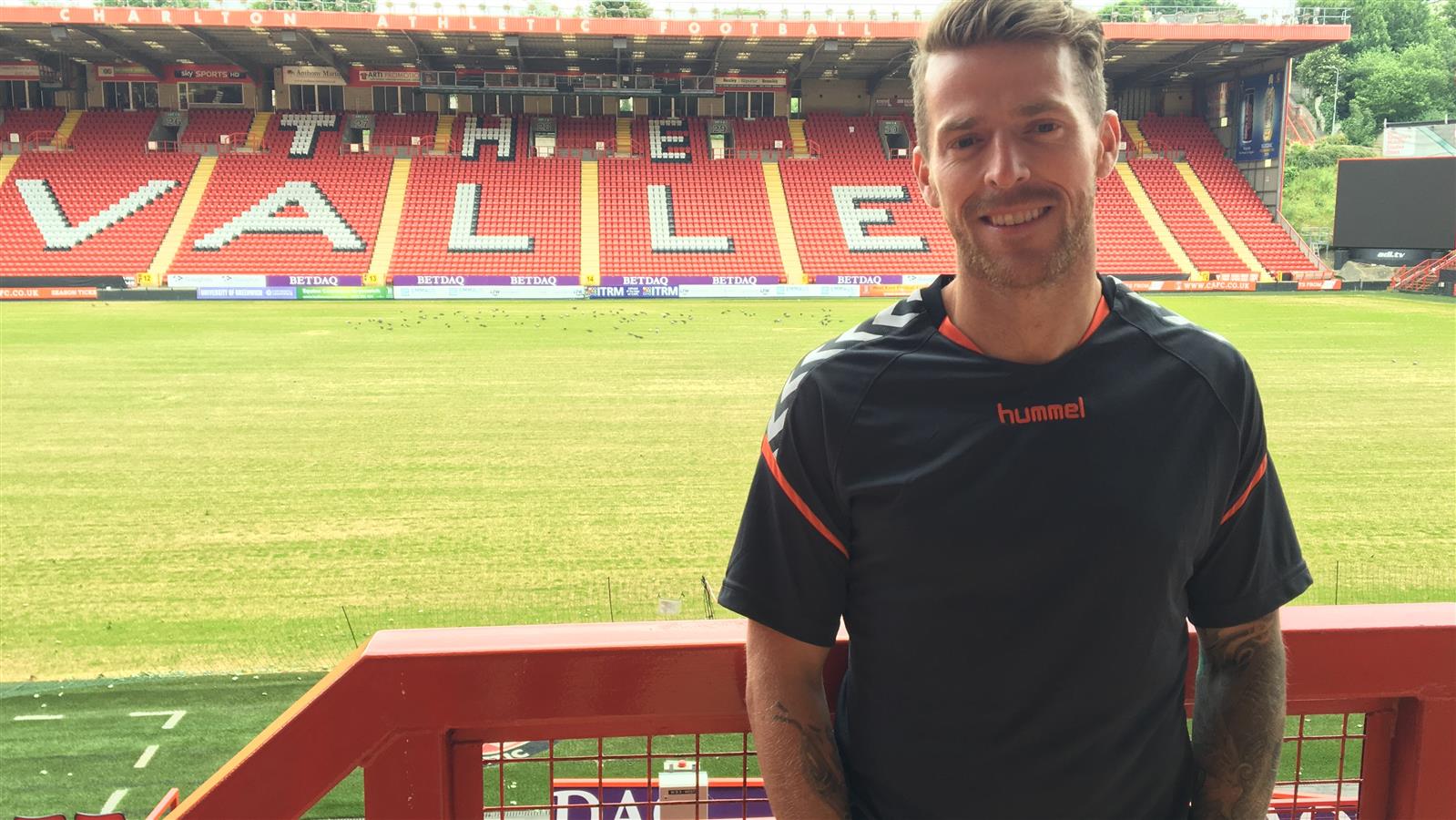 Charlton Athletic are delighted to confirm the signing of Billy Clarke from Bradford City for an undisclosed fee.

He becomes Karl Robinson’s first signing of the summer and the Manager, a long-time admirer of Clarke, is very pleased to have added the experienced Irishman to his squad.

“Billy is someone that I have tried to sign a number of times and I am really excited that he will be joining us,” said Robinson.

“As soon as Billy heard of our interest he was massively keen. We want players that want to play for Charlton Athletic, that can bring energy and that have a great attitude.

“Billy ticks all of those boxes and on top of that he is also very talented. If you look on paper, he is up there with some of the best players in League One. He is very effective - can play in a number of positions - and he is certainly going to bring goals, creativity, energy and an aggressive streak to the team.”

Clarke - pictured in a sample of the club's new hummel® training wear - has spent the last three seasons at Bradford and he is excited to be swapping Yorkshire’s Valley Parade for south London’s The Valley.

“I’m delighted to have signed,” he said. “I was really flattered and over the moon when I heard of Charlton’s interest, I am really happy to be here and I cannot wait for pre-season to start.

“Having come so close to promotion in the previous season with Bradford, my goal is to go one step further this year and achieve it. A club like Charlton should be pushing for promotion and getting a club of this size into the Championship is what I want to do.”

Charlton CEO Katrien Meire added: “Getting in a player that can play the number 10 role behind the striker was one of our priorities this summer, so we’re very pleased to bring in our primary target in that position.

“Billy was a key player for a strong Bradford City team last season and created a lot of chances for his teammates.

“He’s a player Karl was very keen on, so once at the end of the season we began conversations with the club and the player and we were very impressed by his enthusiasm to play for Charlton Athletic.”

The Irishman played a key part in that team and averaged the second highest number of ‘key passes’ per game of any player in League One.

Clarke began his professional career at Ipswich Town, making his senior debut at the age of 17 against Cardiff City.

He would go on to make 56 appearances for the Tractor Boys, and also enjoyed loan stints at Colchester United, Falkirk, Darlington, Northampton Town and Brentford, before switching to Blackpool.

In his first season at Bloomfield Road, he helped the Tangerines to reach the Premier League for the only time in their history.

He then went on to represent Sheffield United and Crawley Town before beginning his hugely-productive, three-year stay at Bradford in 2014.