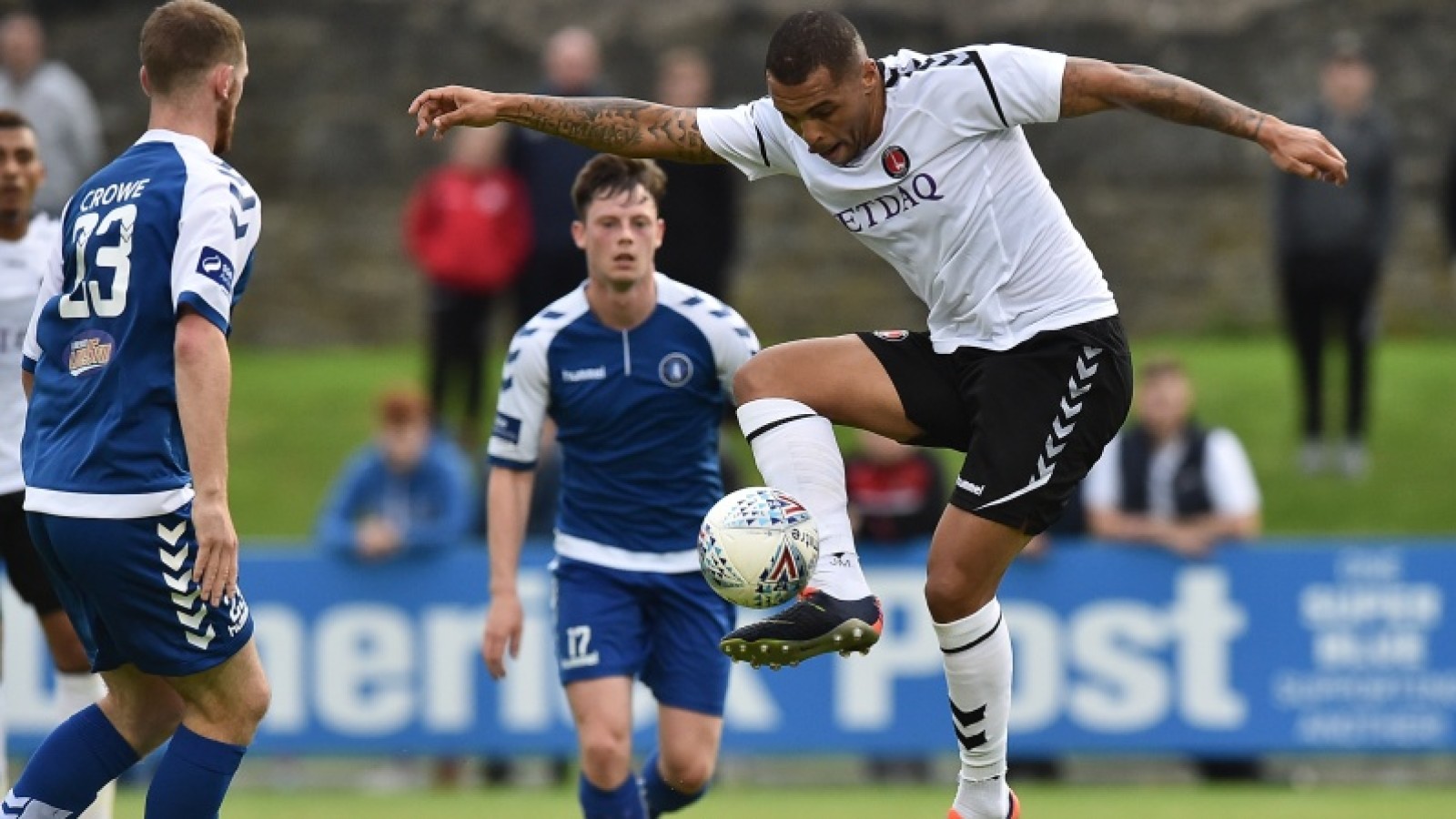 Charlton lost out by the odd goal at Limerick on Tuesday evening in a match where they were able to get more important minutes into their legs.

Headers from Joe Aribo and Josh Magennis had Karl Robinson’s men in control at the break but an impressive second-half comeback saw the hosts – who are midway through their season – turn the match around.

A fluke Stephen Kenny cross halved the deceit on 48 minutes and Shane Tracy then curled home a magnificent free-kick to level the scores.

Chiedozie Ogbene completed the hosts’ comeback with his fourth goal in six games 11 minutes from time to earn them the friendly victory.

Following a tight start to the match, Charlton created their first chance on 11 minutes when Cameron Stewart freed Tony Watt. The Scot chopped inside of his man but his low cross was cleared away by the home defence.

The loose ball dropped back for Stewart, who picked out Magennis in the middle but his header sailed over.

At the other end, Joe Crowe was unable to divert a volley goalwards and Chris Mulhall then sent a tame strike into the arms of Dillon Phillips.

Charlton grabbed the lead on 20 minutes. Having been denied by a superb save from Freddy Hall moments earlier, Aribo arrived at the perfect moment to nod a Stewart corner into the net.

They doubled their advantage nine minutes later, with the goal again coming from a set-piece. After Aaron Barnes was fouled on the left, Stewart flighted in a delivery that Jason Pearce challenged goalkeeper Hall for. The ball ricocheted up into the air and Magennis rose highest to head home from close range.

Charlton held a two-goal lead at the break but the hosts quickly halves that after the restart. It came in fortuitous circumstances. Substitute Kenny found himself in space on the right and he sent in a cross that missed everyone in the middle but flew over Phillips and into the corner of the net.

The Addicks almost restored their two-goal lead immediately when Watt linked up with Magennis and, after cutting inside, the latter forced Hall into a fantastic save down low to his left.

The proved important as the hosts then hauled themselves level. Barnes was penalised for dragging down his man and Tracy stepped up to curl the resulting free-kick into the top corner of the net.

Ceballos dragged a couple of yards wide of the post as the Addicks looks to instantly regain their lead and Hall then made a smart save to keep out Ahearne-Grant.

Hall was again alert on 73 minutes, this time diving to his right to push a low Ceballos strike behind for a corner and the goalkeeper’s reflexes one again proved vital as Limerick then made it 3-2.

Substitute Chiedozie Ogbene broke down the right and fired into the far corner from a tight angle.

Charlton applied some pressure late on, with Billy Clarke firing a shot goalwards that Hall held, but the match-fitter hosts were able to hold on for the win.