Mark Kinsella: "I have a lot of great Charlton memories" 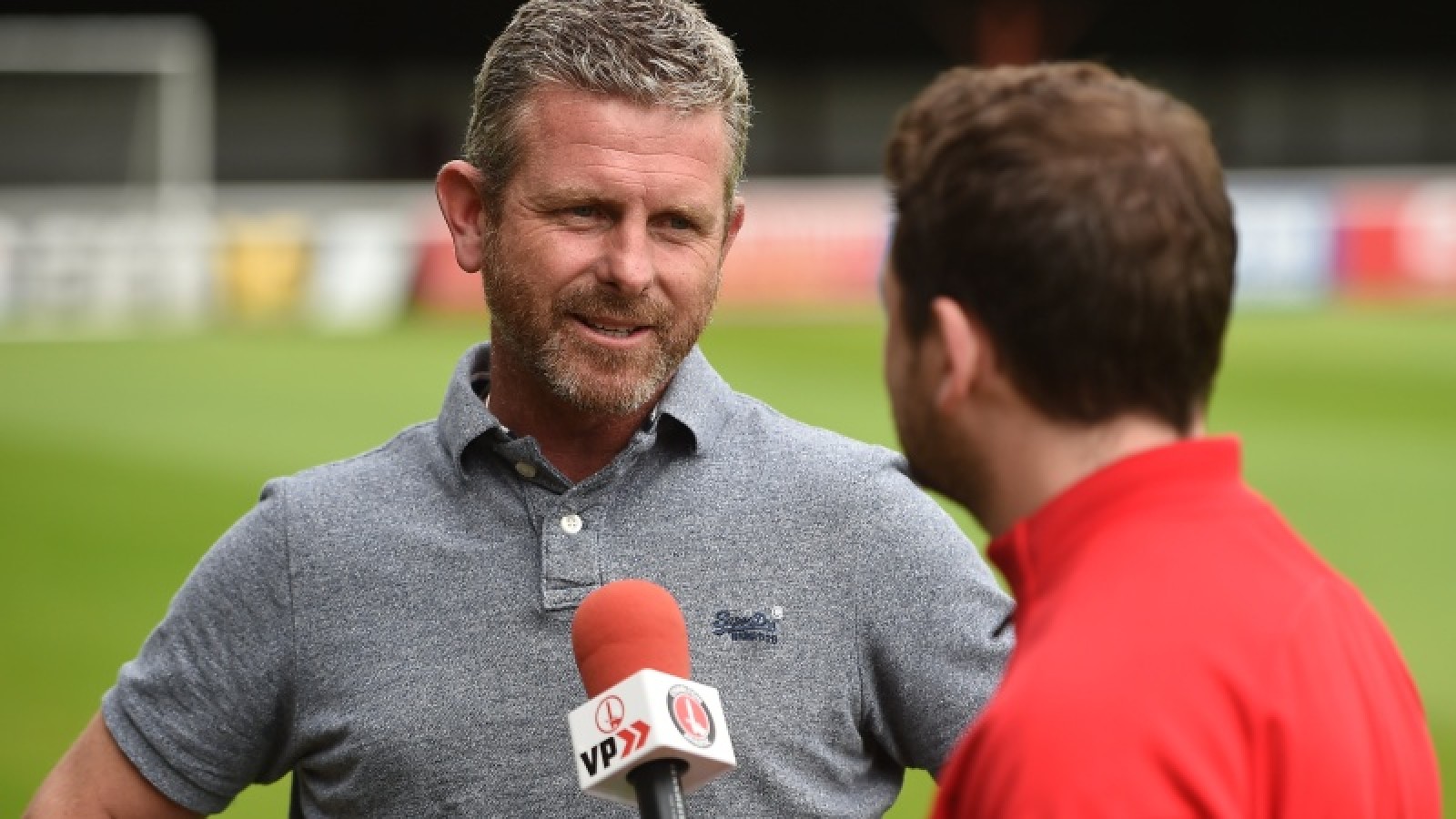 “I have a lot of great memories from playing for Charlton for those six or seven years.”

Mark Kinsella earned himself legendary status in SE7 in the late 90s and early 00s and, on Monday night, he joined us in the commentary box for the Addicks’ pre-season friendly against Crumlin United.

Now first-team coach at Irish club Drogheda, the former tenacious midfielder reminisced about how his move to Charlton came about, his favourite midfield partner and the pride he took at captaining the Addicks to two pieces of silverware.

“There was a lot of heave-ho when I first signed; the contract was agreed, then it was off and I went back to Colchester for a bit,” he remembered. “When I did make my debut, it was a really proud moment for me.

“When I signed, Charlton was all about the history. The coming back to The Valley and the fans were so involved in the club itself. That made me really appreciate everything I had.

“As well as that, we also had the play-off final; winning the championship. The squad we had at that time was all about lads that wanted to prove themselves higher up the leagues, having come from a lower-league background, and we did that.”

You can sign up for a free, two-week trial by clicking here.