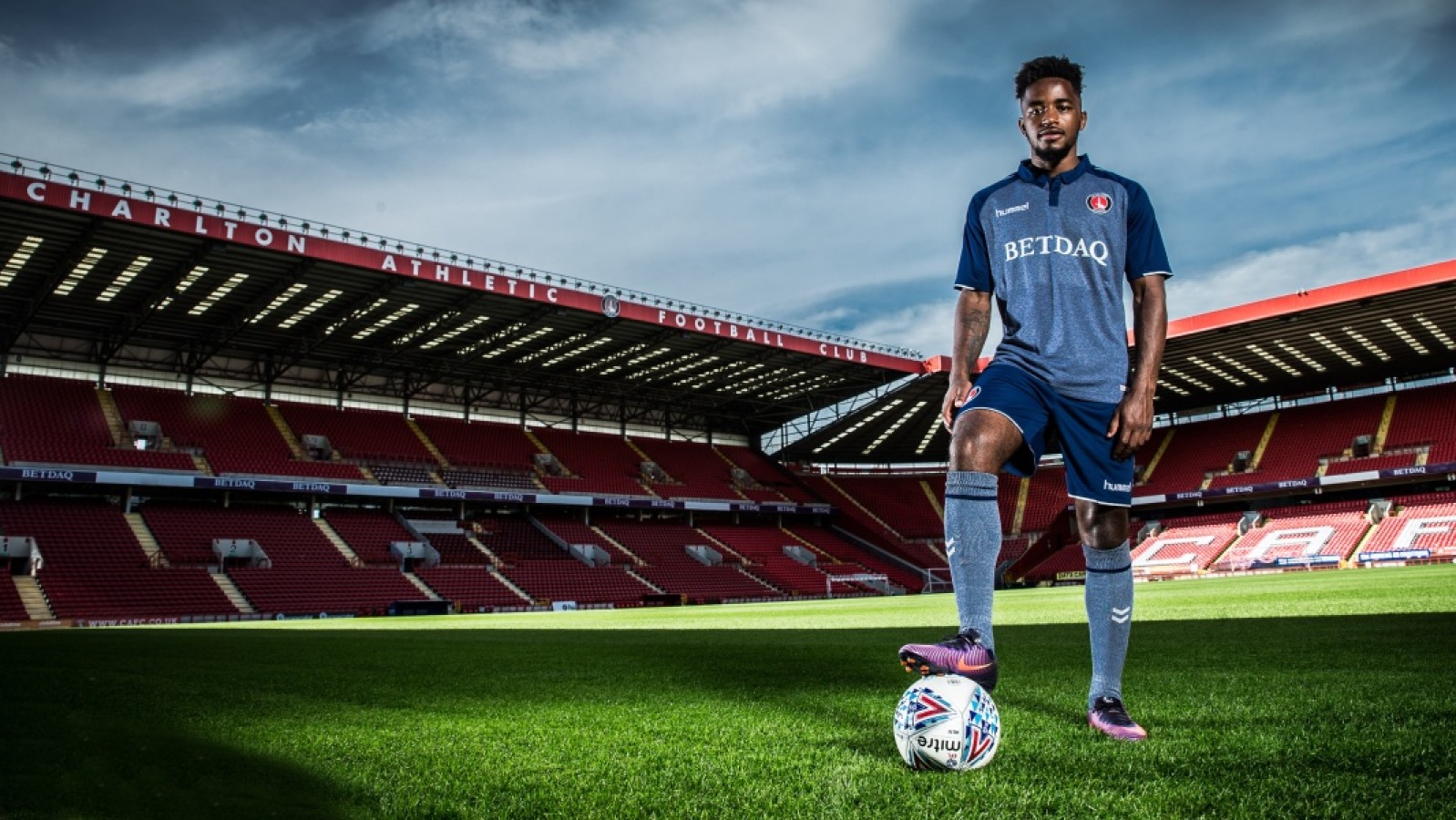 Charlton’s brand new away kit for the 2017/18 season has been revealed and will be worn for the first time during Tuesday evening’s pre-season friendly at Dover Athletic.

The striking, bespoke hummel shirt features an all-over blue melange fabric as the main body with contrasting glossy navy panels on both the collar and the shoulders, while the kit manufacturer’s signature chevrons appear in a steely silver along the shoulders, with a matching silver trim on the sleeve ends.

The silver chevrons are a nod to the silver anniversary of the club’s return to The Valley as the Addicks celebrate 25 years since returning home on December 5th, 1992, while the two-tone blue harks back to the strip Charlton briefly wore in 1923 – the year that hummel were formed.

Complemented by matching navy shorts which feature a silver trim, as well as silver chevrons, the kit is made complete by blue melange socks and was modelled at The Valley by summer signing Tariqe Fosu alongside Hope Nash and Katie Bottom of Charlton’s women’s team, who will be kitted out in the same home and away kit as the first team in 2017/18.

Supporters can see the new away strip in action for the first time live on Valley Pass on Tuesday evening with the club’s premium audio and video subscription service providing a test stream of all the action from the Addicks’ friendly clash with Dover Athletic and the kit will be available to purchase from Monday, July 24th as The Valley’s new superstore opens for business.

The 2017/18 away kit will be available to purchase in person at the newly-refurbished superstore or online by clicking here from Monday.

Meanwhile, the club and hummel are giving fans the opportunity to be amongst the first to see the club’s new home kit at an exclusive evening event at The Valley on Thursday.

The new home kit was created in consultation with representatives from the Charlton Athletic Museum and fan groups and, on Thursday, those involved in the consultation will be invited to an evening event to preview the new kit.