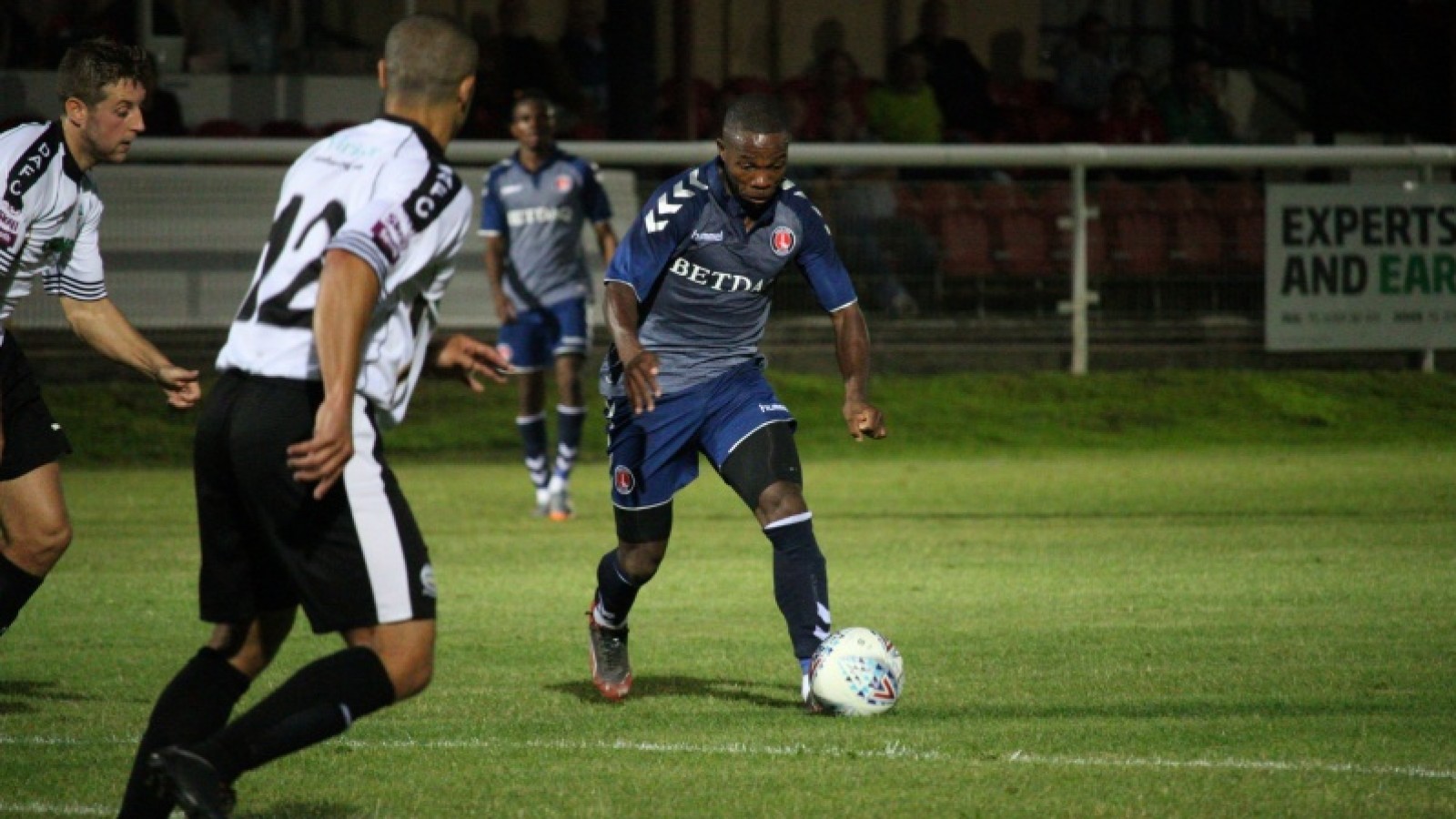 After a pair of wins against Welling United and Greenwich Borough on Saturday, Karl Robinson’s men followed it up with a win against the National League outfit, with Jake Forster-Caskey and Reeco Hackett-Fairchild netting in each half.

After enjoying the lion’s share of the early possession, the Addicks fired the first shot of the evening when Forster-Caskey rattled the crossbar with an effort from 20 yards, but the hosts came close themselves on 16 minutes when winger Kane Richards sent a curling effort dipping narrowly wide of the right-hand upright.

Charlton suffered an early blow, losing skipper Johnnie Jackson to injury after 21 minutes when he was forced off with what appeared to be a rib injury and was replaced by youngster Regan Charles-Cook.

But the visitors were undeterred and very nearly found the opener with a well-hit Karlan Ahearne-Grant only just missed the bar by a matter of inches, before taking the lead with 40 minutes on the clock.

Ahearne-Grant’s chipped ball into the left-hand side of the box was brought down well by Josh Magennis who dinked a pinpoint cross towards the back post where Forster-Caskey was on hand to nod the ball home to ensure his side would head into the break in front.

Into the second half, Charles-Cook stung the palms of Dover stopper Mitch Walker from a tight angle, while at the other end, former Addicks academy forward Tobi Sho-Silva fizzed a low effort just past the post on the hour.

With 15 minutes remaining, Aaron Barnes was extremely unlucky not to double the lead when he got in round the back of the Dover defence from Andrew Crofts’ pass and rounded the keeper, only to see his goalbound effort cleared away by a Dover defender’s outstretched foot.

The home side came close to snatching a late leveller with just four minutes remaining when a right-sided cross was nodded just past the left-hand post by a trialist, but it was Charlton who would score next, making the win safe in the 90th minute thanks to substitute Reeco Hackett-Fairchild.

After good work from Joe Aribo to win the ball in the box, he squared it across the face of goal where the U23 striker was lying in wait to side-foot his finish into the back of the net to round off the two-goal victory.