Ahearne-Grant determined to prove himself in SE7 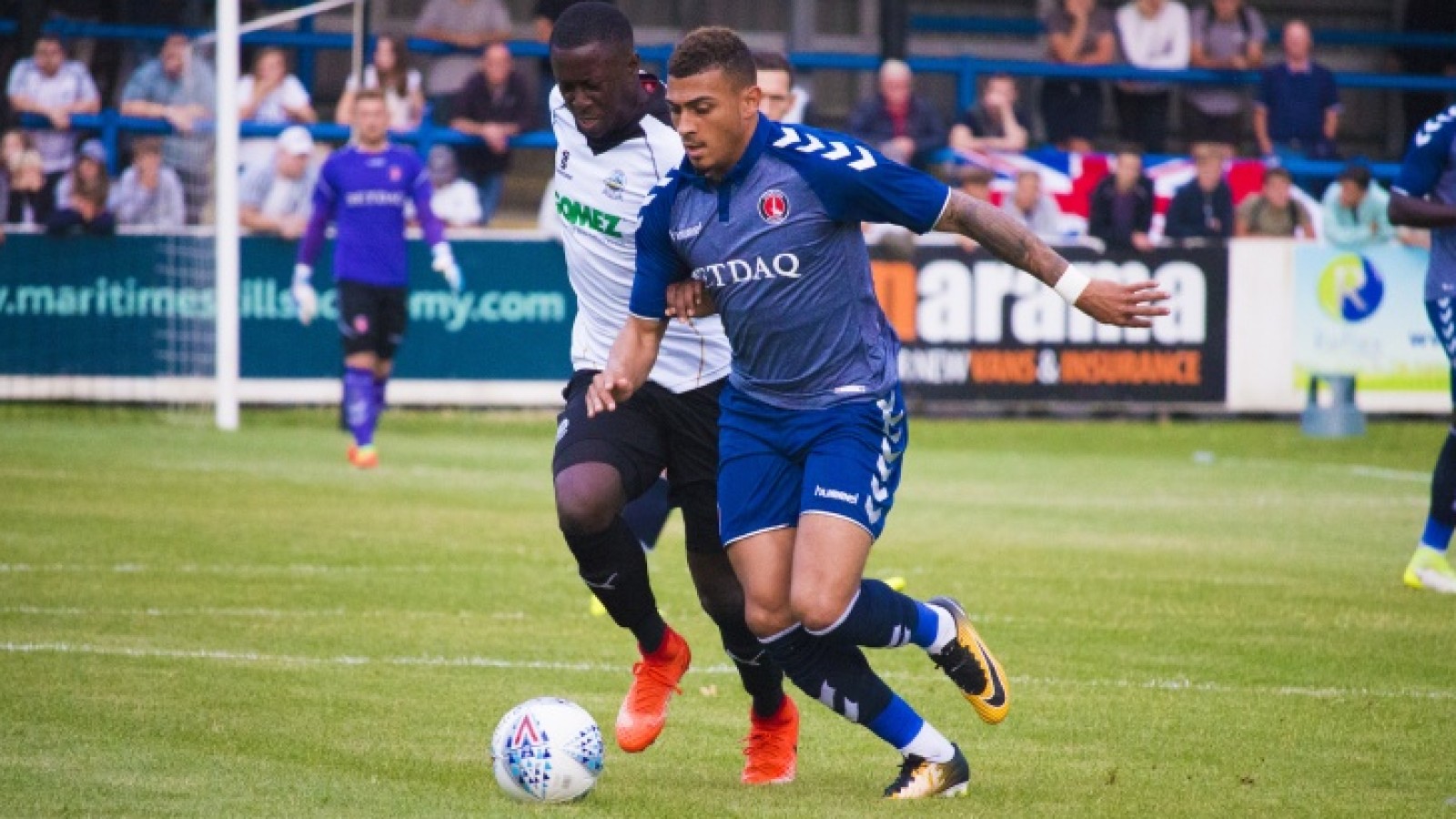 Karlan Ahearne-Grant was fast-tracked into Charlton’s first team shortly after his 17th birthday.

The fresh-faced, Charlton-raised striker made his senior bow in a hard-fought 1-0 victory at Norwich City in September 2014, with his full debut coming a few weeks later away at AFC Bournemouth, who would go on to be crowned league champions that season.

Since then, he has continued his development with the club’s U23s squad – whilst also adding a sprinkle of additional first-team appearances, and a couple of goals, to his name.

He has played an important role in Karl Robinson’s side so far this pre-season and now, with more first-team opportunities looking likely, the academy graduate says that he is here to stay.

“I was young [when I made my debut] and some people have said it was too early,” he said following Charlton’s 2-0 win at Dover on Tuesday night. “For me, everything is a learning curve. I came in at 17, came back out and now I am trying to push back in, and stay in.

“I’m kind of glad it happened because I feel like I have learned from it, I feel better for it and more confident for it.

“I want to prove to everybody; the manager, the fans that I can play at this level and that is my incentive to try and push on.

“Pre-season is the perfect place for you to prove yourself.”