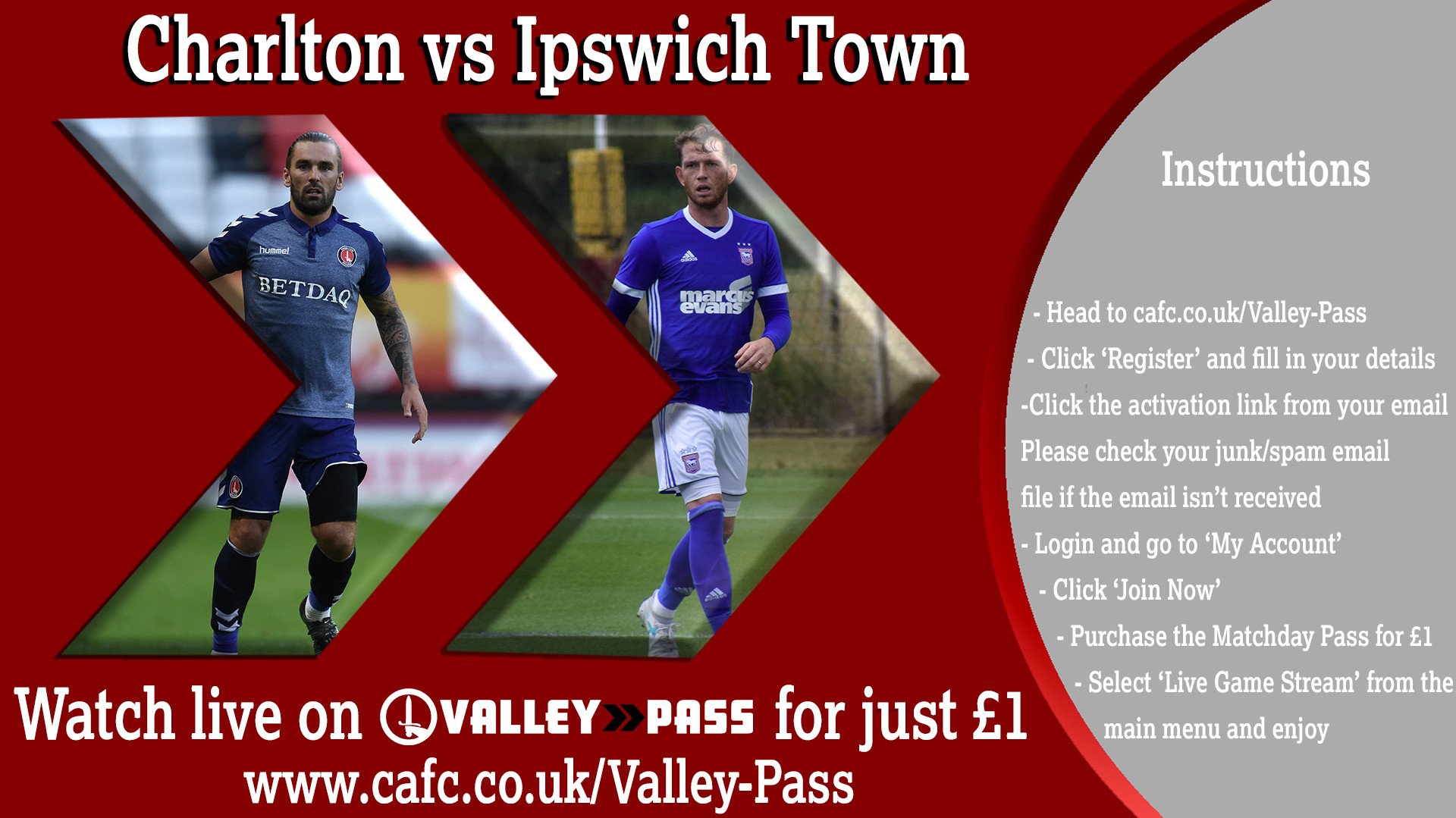 Supporters that are unable to attend today’s pre-season friendly against Ipswich Town at The Valley can watch the match live for just £1.

Valley Pass - our new video subscription service – will be providing a test stream and the coverage is set to get underway from around 2.30pm in SE7.

Regular commentators Terry Smith and Greg Stubley will be on duty and they will also be joined by centre-back Jason Pearce.

The game will be our second domestic friendly of 2017/18 to be streamed live, following our match against Dover Athletic 11 days ago.

Some fans had trouble with Google Chrome during that match and we would encourage all supporters to try a different browser, if the video does not play.

Please click here to visit Valley Pass and to sign up for your 24-hour matchday pass for just £1.

Valley Pass is available during the season at the below prices: