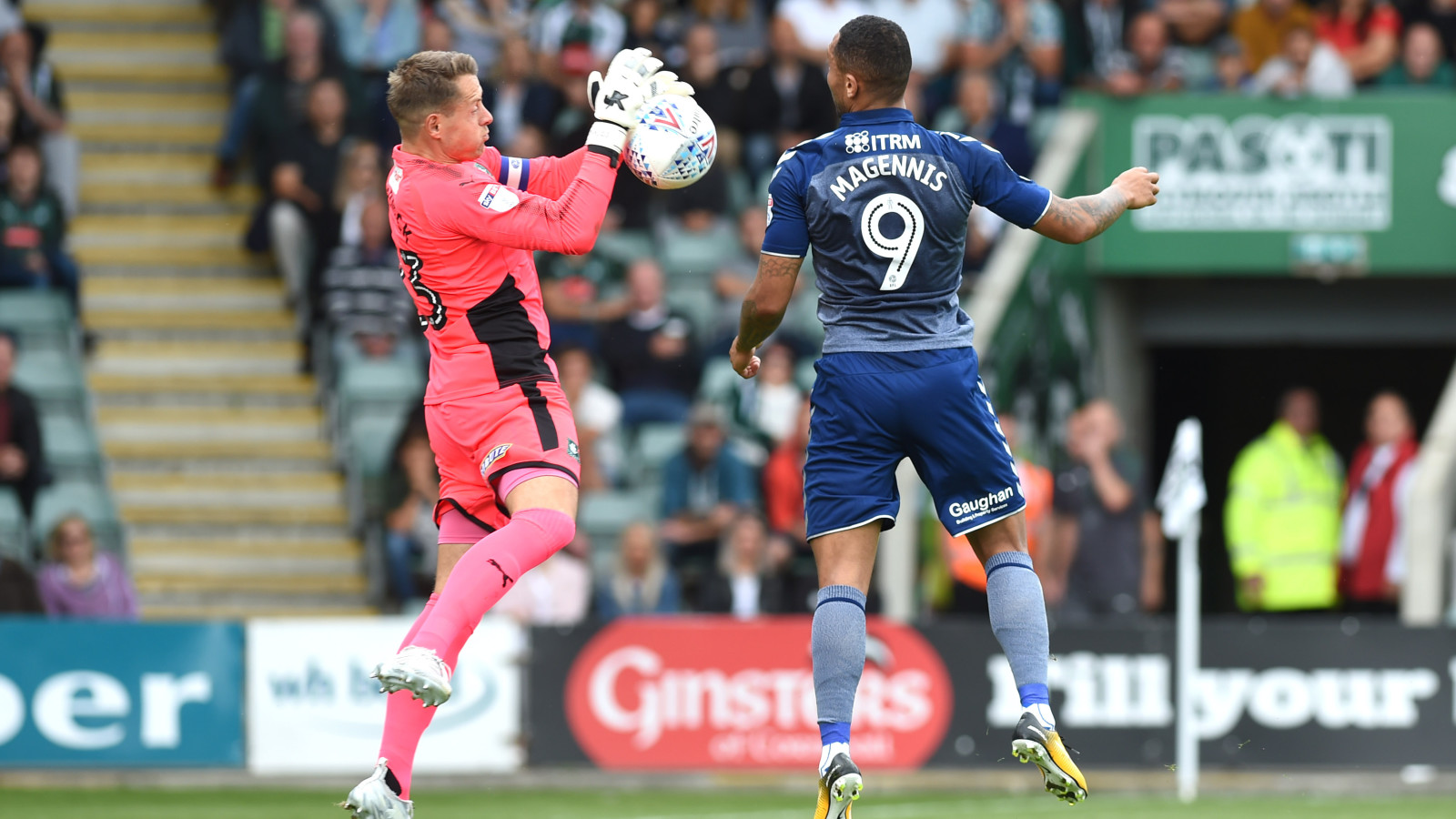 Charlton fell to their first defeat of the season after being beaten 2-0 by Plymouth Argyle at Home Park on Saturday.

The Addicks were by far the better team in a frustrating first half, which saw the visitors hit the crossbar and have an effort knocked off the line, but it was the Pilgrims who took advantage after the break with Jake Jervis netting eight minutes into the restart, before completing a brace two minutes from time.

There was good news from the camp prior to kick-off when it was confirmed that Josh Magennis was fit to start, making him the only change to the side from the opening-day victory over Bristol Rovers, replacing the suspended Lee Novak.

The Addicks enjoyed the majority of possession in the early exchanges and saw a pair of pot-shots from distance well blocked before the first real opening was carved out with eight minutes played when a sumptuous Ricky Holmes cross from the left was met by a looping Magennis header, which dipped wide of the left upright.

Six minutes later, a swift counter attack saw Jake Forster-Cakey play in Magennis, who made his way into the box, but was denied by Luke McCormick’s save at his near post, while Holmes was next to work the stopper with an effort from 20 yards.

With 22 minutes on the clock, Charlton came inches away from taking the lead, but for a wonder-save from McCormick.

Billy Clarke’s initial effort was parried by the keeper, but only as far as Magennis who looked certain to convert the rebound from close range, only to be denied by McCormick’s outstretched hand which tipped the ball onto the crossbar.

At the other end moments later, Plymouth registered their first shot on goal, forcing Ben Amos into a save with his legs from Jervis’ effort.

Before the half-hour mark, the Addicks came agonisingly close again with Forster-Caskey’s volley being headed off the line Ryan Edwards with McCormick stranded from Magennis’ knockdown.

The better chances continued to come the way of the Londoners and Northern Ireland international Magennis was left frustrated once again on 40 minutes when he sent another header inches wide from Fosu’s cross.

Despite having much the better of the first 45 minutes, Charlton found themselves behind shortly after the restart and it came from a set-piece on 53 minutes.

With the ball delivered from the right, Edwards nodded it down into the crowded area where Jervis was on hand to backheel the ball past Amos and into the back of the net.

Compared to the first half, the Addicks were struggling to create anything meaningful in a frustrating second period and Karlan Ahearne-Grant and Reeco Hackett-Fairchild were both unleashed off the bench to try and inject some extra energy in the final third.

Charlton came close with seven minutes remaining when Forster-Caskey bent a superb ball into the box from the right. Magennis’ touch took it past the last defender but he couldn’t prod his effort past McCormick who got out quickly to snuff out the danger.

Four minutes later, Ahearne-Grant forced McCormick into a low save with a very decent, powerful effort from 25 yards, but for all of the Londoners pushing, it would count for nothing as the hosts went down the other end to catch them on the break and finish the game off with Jervis scoring against with a low effort into the bottom left-hand corner in the 88th minutes.

It was certainly harsh on the Addicks, who could have been off in the distance in the first half, but it was to be a valuable lesson in taking your chances as Karl Robinson’s men were forced to deal with a first loss of 2017/18.