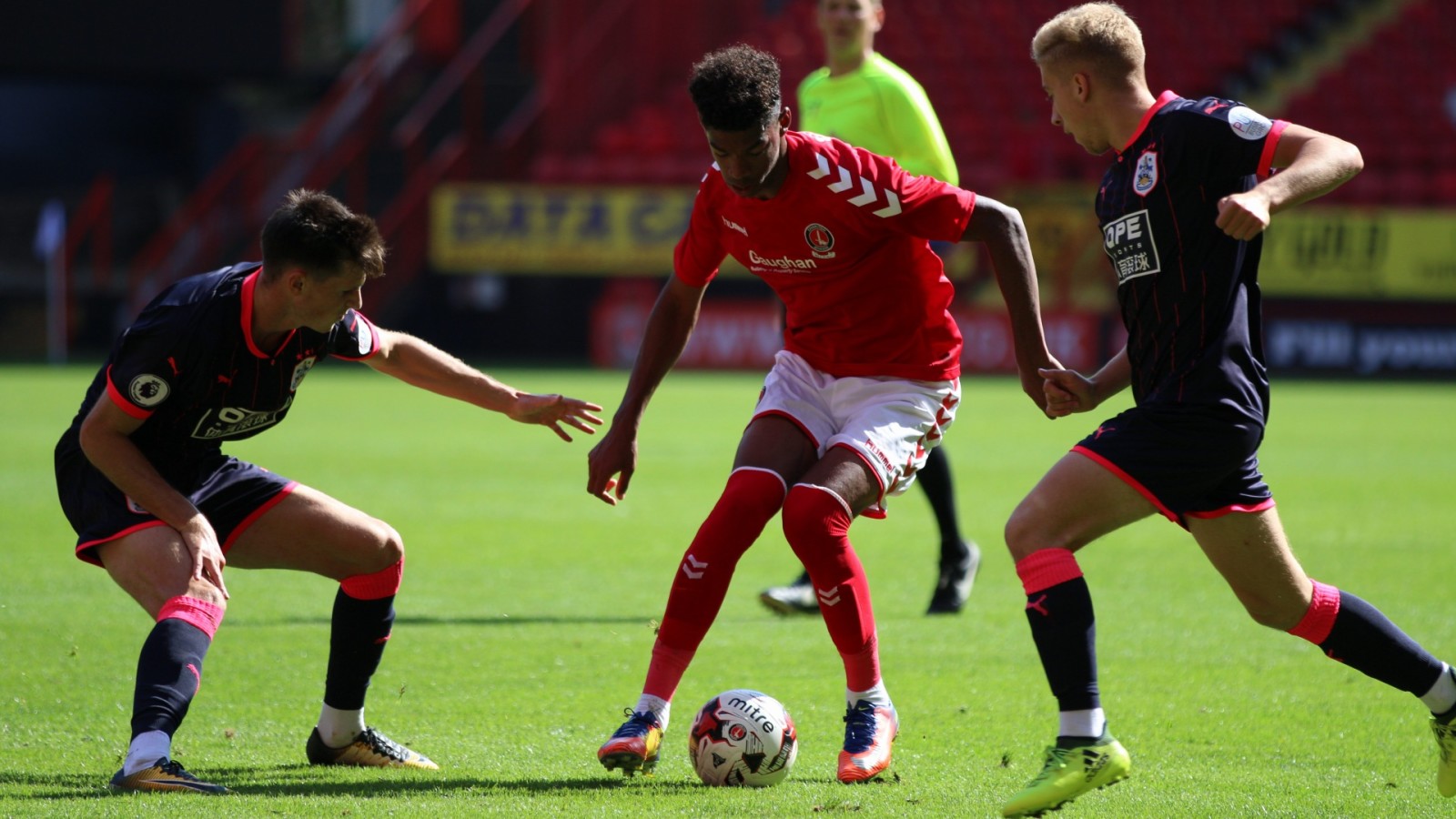 Charlton’s U23s are still waiting for their first victory of the season after playing out a goalless draw with Huddersfield Town at The Valley on Friday afternoon.

Although Jason Euell’s side were on top throughout, a number of chances came and went without the Addicks taking advantage of their dominance to seal all of the points against the Terriers.

It took 15 minutes for either team to find an opening, with the visitors creating the first decent opportunity through Dominic Tear, who was played in round the back of the Addicks’ defence, but could only roll a shot wide.

The hosts began to get a better footing on proceedings, seeing much more of the ball as George Lapslie registered Charlton’s first shot on target, striking a well-hit effort towards the bottom right-hand corner from 22 yards, only to be denied by a good save from Terriers stopper Ryan Schofield.

Early in the second period, the Addicks were denied by Schofield again when Hackett-Fairchild cut into the box and pulled the ball back for Louis-Michel Yamfam, whose effort was well saved.

On 55 minutes, the home side could, and probably should, have capitalised on a poor backpass which was picked up by Hackett-Fairchild but he, nor Yamfam, could finish off the opportunity, with the keeper coming to the rescue yet again.

Substitute Kenneth Yao was next to come close when he headed just over from Yamfam’s corner and as the half wore on, Charlton started to turn the screw.

A fine move saw Aaron Barnes scoop a ball into the box to send Joshua Umerah in one-on-one, but the striker’s first-time effort was inches wide, moments before Hackett-Fairchild sliced a good opportunity wide from just six yards.

They came close again with 10 minutes left on the clock as sub Terrique Anderson saw his low effort tipped agonisingly wide as the frustration in front of goal continued, with Umerah being denied by the onrushing Schofield five minutes later.

That frustration was compounded on 86 minutes when the Addicks were reduced to 10 men with Dan Bowry sent off for a second yellow card after dragging back Oliver Dyson and Euell’s men will now have to wait until September 4th for their next opportunity to register a win when they travel to Hull City.