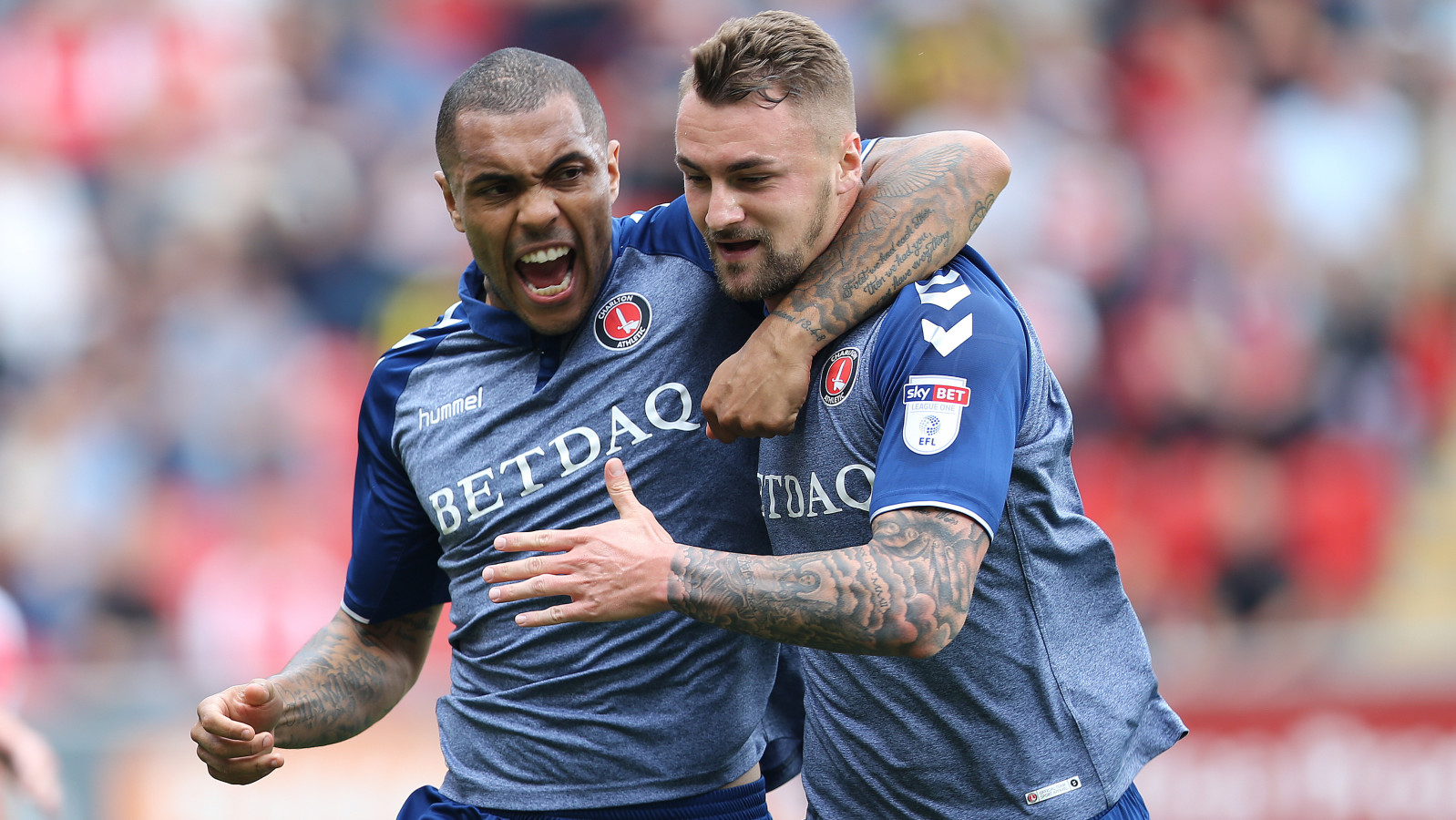 Headers from Patrick Bauer and Josh Magennis helped Charlton to a tough 2-0 victory away against Rotherham United.

In an open game against a large opposition Charlton defended resiliently with Ben Amos, Bauer and Jason Pearce coping brilliantly with the physical threat posed by 6ft 5in Kieffer Moore and his 6ft 2in strike partner Jamie Proctor.

The win moved Charlton to nine points and took the Addicks up to fourth in the table.

After scoring almost instantly in last-week’s 4-1 win against Northampton Town, Charlton again started with positivity. Inside the first minute, Tarique Fosu capitalised on a loose ball from a Josh Magennis touch. He was fouled by Michael Ihiekwe around 10 yards outside the box. Jake Forster-Caskey’s free kick had pace and power but clipped the wall to go behind for a corner.

Amos, in the Charlton goal, had his first work to do in the seventh minute when he comfortably gathered a Moore header.

Shortly afterwards Proctor should have given the home side the lead when Moore pounced and his cross found two men at the back post but Forster-Caskey just got his body in the way to cause enough confusion to prevent the Millers from taking an eighth minute lead.

In the twelfth minute Moore turned beautifully in between Solly and Bauer to create some room in the box but his tame left-footed effort was straight at Amos who gathered well.

Bauer then gave Charlton a sixteenth minute lead with a perfectly placed header back across O’Donnell in the Rotherham goal from a Forster-Caskey outswinging corner from the left. The corner came after Josh Magennis dropped his shoulder to turn his defender down the left wing with the Rotherham man only able to tackle back and put the ball behind.

The Millers had a golden opportunity to level the scores in the 31st minute when Semi Ajayi headed wide when he should have scored from a Rotherham corner from the left.

Both sides had first half bookings. Magennis, chasing back was late on Ryan Williams while Rotherham’s Joe Mattock took one for the team fouling Tariqe Fosu with the youngster on a promising counter-attack.

Just before the half drew to a close, Rotherham’s O’Donnell made an important double-handed save after some brilliant short passing by Dasilva, Clarke and Holmes resulted in the latter curling a shot from inside the area towards the top-right of the keeper’s goal. In stoppage time in the first-half Forster-Caskey picked up a loose ball and with time running out sent an ambitious dipping effort just over the Rotherham bar.

After a tense start to the second half, the game really opened up. In the 58th minute Charlton caught the home side napping with a quick Solly throw to Holmes. The former Northampton man drove a dangerous ball from the right touchline across the box but no-one in an away blue shirt was there to put it in, the ball came back from the left and Clarke’s shot was deflected wide for a corner. After a Rotherham attack Charlton came again on the counter and O’Donnell gathered comfortably from a fizzing, deflected Holmes shot.

At the other end Rotherham had another fantastic opportunity but Moore opted to shoot rather than squaring to his striker partner, making it easy for Amos.

In the 61st minute Magennis turned and powered a shot just wide from what must have been 35 yards, with O’Donnell looking nervously on.

Charlton doubled their lead in the 66th minute. Solly won the ball and Kashi found Holmes on the right wing. The reigning Charlton Player of the Year stepped inside his man and chipped a cross to the back post where Magennis couldn’t miss from one yard out. In the build-up Rotherham striker Jamie Proctor was injured and had to be carried off the pitch to be replaced by Jonson Clarke-Harris.

The Addicks still had work to do in the last 20 minutes and Ajayi forced a brilliant reaction save from Amos in the 73rd minute and soon after Kashi bravely cleared a Joe Newell cross off the line with what looked like an important touch to help Charlton keep a clean sheet.

Charlton battled on through nine minutes of stoppage time to secure a first away league victory of the season.