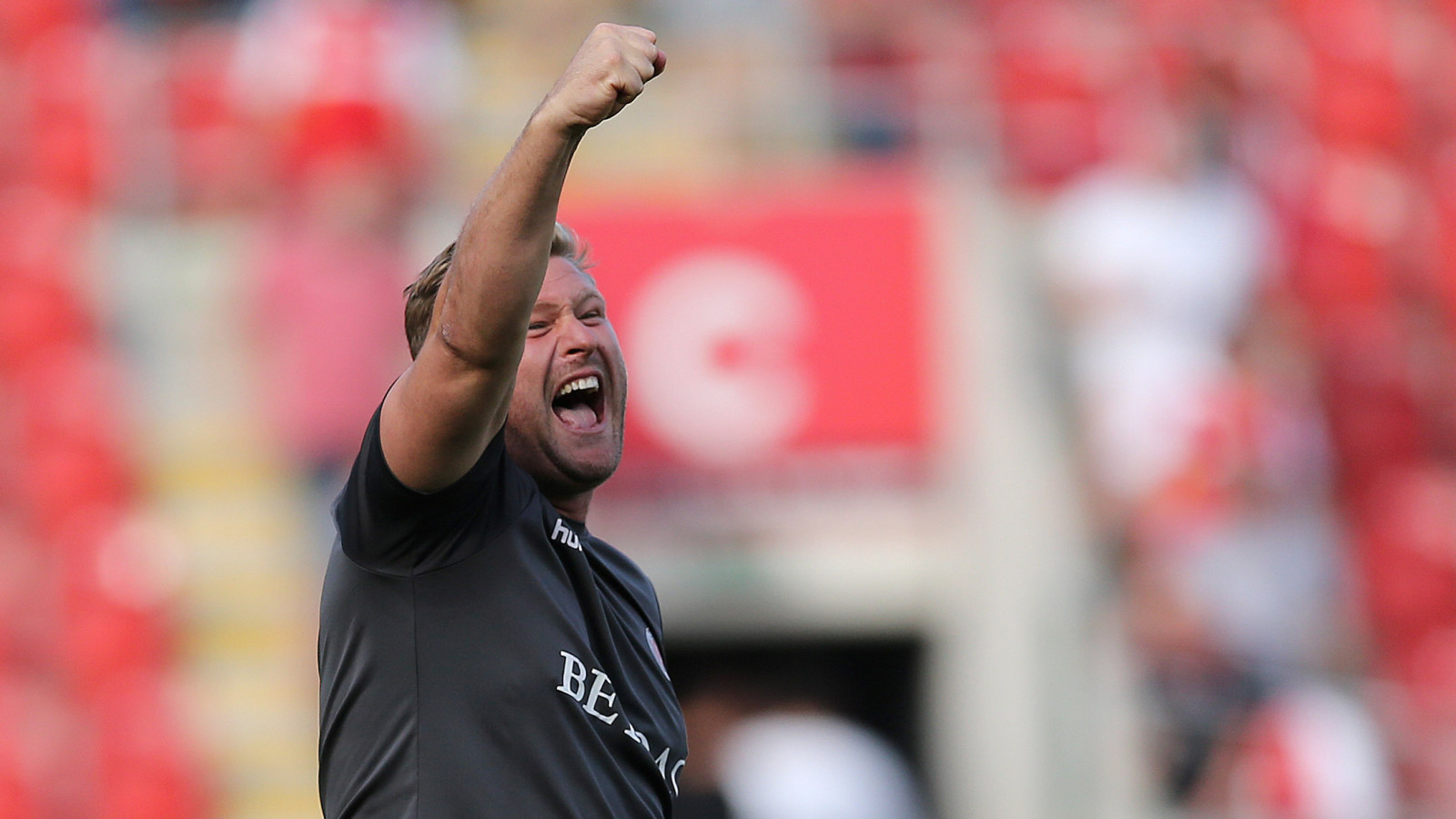 Goals either side of half-time from Patrick Bauer and Josh Magennis ensured that the Addicks, who put in a monumental defence shift, made it back-to-back league victories.

And afterwards the Manager was full of praise for the defensive side of his easy-on-the-eye team.

“This was always going to be a very difficult game,” Robinson said. “When they played Southend, they steamrollered them with their power and energy in the first half.

“We were very well organised, we were well disciplined and when our chances arrived we managed to take them.

“I was so happy at the end for our goalkeeper and two centre-backs – they were immense. If they had score at the end I would have been devastated. We deserved our clean sheet today.”

Robinson believes that winning the game’s key battle set his team on their way to a big three points.

He said: “It was an old-fashioned ‘two tough centre-backs against two big, machine-type forwards’.

“That was the key battle for me and I knew if we won that then our football would take care of things. I think we looked a class outfit at times; we were resolute, strong from set-pieces and we always looked dangerous on the counter attack.”

“I’d also like to wish Jamie Proctor a quick recovery from his injury. He is a great player, a good lad and hopefully he will be back on the pitch soon.”

The Manager was also asked about whether he expects the club to be active in the final few days of the transfer window.

He said: “We’re always looking for more and we have been linked with a striker that we would like – a real quick one that is a threat in behind - and that would complete our jigsaw I would think. We will have to see what happens over the next five days or so.”