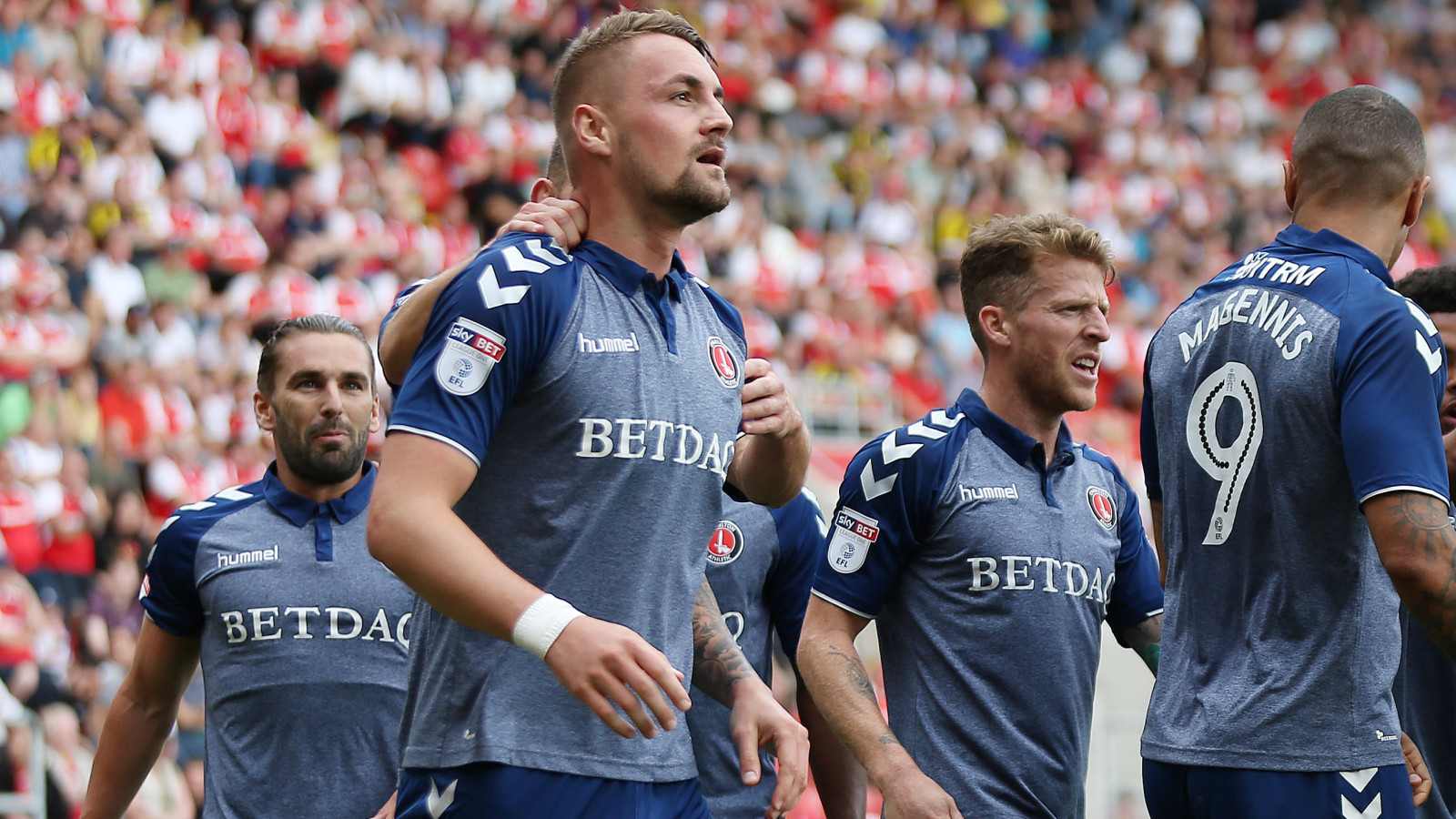 Patrick Bauer believes the Charlton dressing room’s team spirit has been one of the keys to their impressive start to the new season.

The Addicks made it three wins from four league games on Saturday by recording a 2-0 success away at recently-relegated Rotherham United, with the German breaking the deadlock on 16 minutes.

The headed goal was his second of the campaign already, following his opening-day effort against Bristol Rovers as the Addicks won 1-0 despite playing with just 10 men for almost the entire 90 minutes.

And centre-back Bauer says that the Addicks’ will and desire to fight and battle for each other has proved vital in 2017/18’s first month.

“The dressing room is really good right now,” he said. “We are like a big family.

“Everyone is really talking a lot to each other, we have a great team spirit and I think everyone can see that on the pitch.

“Saturday was the perfect afternoon, we kept a clean sheet against a very strong side and we were really glad to go away with the three points.

“We watched the clips of Rotherham and we knew what would happen. It was a tough fight but we left as the winners and we are very happy with that.”