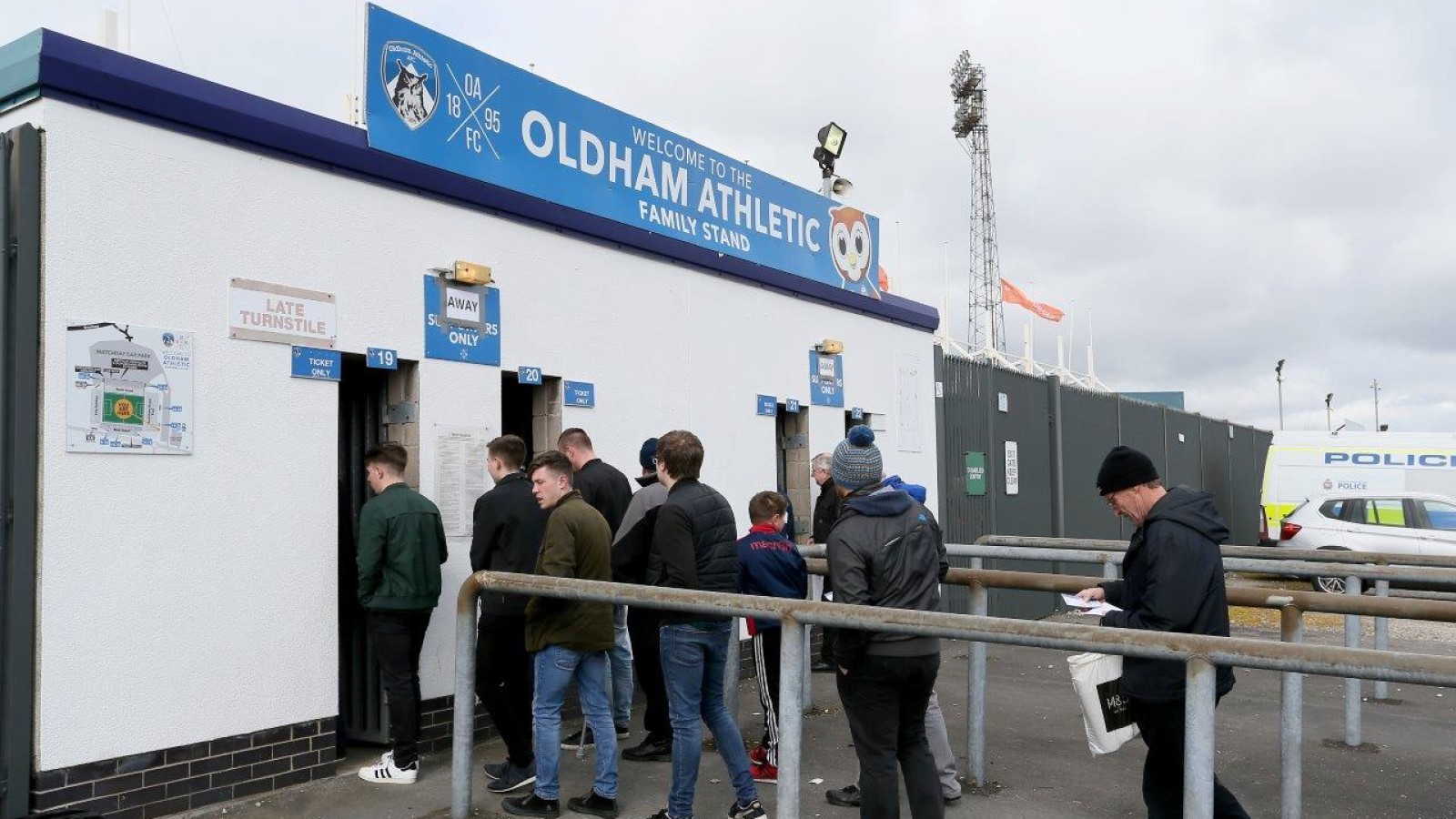 Tickets will be on sale on the day from SportsDirect.com Park, but are subject to an increase from the original price. Matchday prices are as follows:

The Chaddy End, now called the ZenOffice Stand, was traditionally the home end, but enhanced facilities elsewhere means that this is where visitors now park themselves. It's a bit of a classic terrace with seats put on it by necessity, therefore it’s a bit shallow, but position yourself correctly and the view is OK.

The facilities are similarly traditional, but the cover is fine. A bit of a step back in time but in no way neglected. Entrance is in the corner at the end of the main stand - furthest from the main approach to the ground.

There’s nice pies in the ground, but not too much in the immediate vicinity apart from a McDonalds and a KFC, along with a couple of mobile units.

The pubs around the place have pretty much cottoned on to this, the obvious choice being the Clayton Green, which is right behind our end and the dining area is separate from the bar, although you can still see the TV!

Rochdale Road has some nice places and at the end of this going towards town in a place called The Abbey Arms. Eclectic but nice. Of course, if travelling via Manchester, there are one or two places there.

If driving, the Post Code is OL1 2PA. As ever, whichever is your preferred route to get to it, aim for Junction 20 of the M62, then join the A627 (M) towards Oldham.

At Junction 1 join the A663 towards Royton, the ground is also signposted from here. In terms of parking, there is one at the ground but it's a bit hit and miss. Failing that, the nearby hospital has facilities and limited street parking is available.

The most obvious route is via Manchester Piccadilly, then there are a couple of choices. Either take the Metro link to Westwood, or the Overground to Mills Hill, but both are a fair old trot - half an hour minimum. The bus, therefore, could be help at hand. Either take a choice of routes along the Oldham Road from Manchester, although this is traffic light paradise.

This takes you to the town centre (or the flyover at the end of Rochdale Road), follow the signs to the hospital then it's simple from there. Another option is to take the train from Manchester Victoria to Rochdale, then catch bus 409 along Rochdale Road and this drops you as close to the ground as you can get.